There’s no doubt that Leonardo da Vinci was the ultimate Renaissance man. As a painter, engineer, architect, and scientist, he epitomized nearly every bit of the term. But da Vinci never played in a Super Bowl.

Jamie Silva, BC ’07, is a Renaissance man in his own right. The former All-American safety at Boston College can rattle off his own long list of expertise that may not rival da Vinci’s—but you’d be hard-pressed to find another ex-NFLer with a resume like his.

At just 32 years old, Silva has seen action in a Super Bowl for the Indianapolis Colts, designed his own clothing line, earned a job with the NFL as a uniform official, run social media marketing campaigns for companies, and broke into the film industry as an actor, producer, and location manager. Plus, he’s already a father of four children with his wife, whom he met at BC.

The East Providence, R.I. native has always been an imaginative spirit who sees the world through a unique lens. It started with mastering his first art—and after talking to him, believe me, it is an art—the art of dumpster diving. He inherited the skill from his grandfather, who taught him literally that one man’s trash is another man’s treasure.

The key, Silva says, is to not waste time. He mapped out which wealthy neighborhoods around him would have trash pick-ups the next day, and then would drive around in search of valuable items that might be left outside. Sometimes, he would sift through dumpsters behind technology stores in search of working electronics and cell phones.

At his peak, he made $2,000-3,000 per year selling off items he found in the garbage. That was enough to fund dates, movies, Spring Break trips, and other college shenanigans. Now, with so many other opportunities on his plate, he considers himself “out of the game.”

“I don’t dumpster dive as much as I used to,” Silva chuckled. “But if I see something on the side of the road and it’s worth it—I got a good eye for it—then it’s mine.”

Silva’s affinity for fashion came about in much the same way. He purchased most of his wardrobes in college from thrift shops and secondhand stores, showing off flamboyant outfits like his flannel, three-piece plaid suit after games in the locker room. In the hyper-masculine world of football, he became a unicorn of sorts when he decided to grow his hair down to his shoulders.

“He’ll look like he’s dressing for a play sometimes,” then-head coach Frank Spaziani said back in 2007.

During his time in Chestnut Hill, Silva got his hands on a rare, vintage BC hockey sweater that the coaches used to wear in the 1980s.

“It was the only one that anyone had ever seen,” Silva said. “I would wear it and people would be like, ‘Where did you get that?’”

That sweater became the model for the first product of his clothing line, Bells and Bain. After reaching a licensing agreement with BC, he began selling vintage items like hockey sweaters alongside more modern gear like maroon and gold leggings and tank tops. Silva has even worked with Le’Veon Bell, the star running back for the Pittsburgh Steelers, to develop his own clothing line.

Silva, who lives in Pittsburgh with his family, also deals with the Steelers as part of his job with the NFL. As a uniform official, Silva patrols the sidelines during games and alerts players if they’re violating league protocol with their attire.

“I warn them pregame, I warn them during the game, and if they still don’t switch it up, then the league can fine them,” Silva said. “The NFL can call me mid-game and say, ‘You gotta go tell Antonio Brown to change this or that.’”

“They’ve gotten stricter over the past few years,” he added. “There’s a lot of money that brands like Nike put into it so [the NFL] wants to keep those relationships up with them.”

In the offseason, his focus shifts away from the gridiron to movie sets. A few summers ago, he moved out to Los Angeles to work at the Warner Bros. Pictures studio in an intern-esque role. There, he assisted with the Godzilla remake and learned many tricks of the trade that have helped him ascend to location manager and producer positions in recent years. Using his experience in Hollywood and in film classes at BC, Silva can now operate the camera, direct second units, and serve in managerial roles for movies and TV shows.

Even as his imaginative spirit takes him down divergent career paths, his first true love remains constant: football. The studio lights on set for a shoot just don’t compare to the gleaming lights of a Super Bowl, and the thrill of selling a product pales in comparison to the rush one gets when intercepting a pass.

“That opening kickoff,” Silva recollected about Super Bowl XLIV, “running down the field, it was like a lightning bolt from all the camera flashes.”

Though his career was cut short by a nasty ACL and MCL tear in 2010, Silva had the privilege of playing with one of the greatest quarterbacks of his generation, Peyton Manning.

Silva recalled one interaction with Manning that particularly stood out in his mind. The former teammates hadn’t seen each other in five years and had exchanged texts only a few times since Silva left the league. Nevertheless, when Manning recognized him from afar during his Super Bowl-winning season with the Denver Broncos, he didn’t hold back. The 39-year-old MVP busted through the door, jumped on Silva’s back, and hollered, “What are you doing here?”

When Silva first signed on to the Colts as a rookie, he remembers the media hounding him with questions about the future Hall of Fame quarterback.

“Have you ever seen someone with the approach of Peyton?” the reporters would ask.

The media members were shocked, almost offended at the response.

“Well,” Silva replied, “I’ve played with Matt Ryan for the past five years.”

While journalists may have scoffed at that comparison back then, they’re likely to see the similarities now that Ryan has won an NFL MVP Award and quarterbacked the defending NFC Champs. As teammates for half a decade, Silva had an inside look at Ryan’s meticulous approach and the success it brought on the Heights.

“On the field and in the locker room, they’re very similar,” Silva said of Ryan and Manning. “They’re very likable and they get respect because of the way they carry themselves. They’re very professional, very appreciative of the people around them.”

With Ryan leading the Eagles’ offense and Silva at the helm of the defense, the duo instilled a culture change that catapulted BC into the national spotlight. During their senior year, the team started 8-0 and rose to the No. 2 ranking in the country. The Eagles finished as the No. 10 team in the nation after beating Michigan State in the Champs Sports Bowl, 24-21. Silva had a career day in his final game in a BC uniform, recording two interceptions and 10 tackles en route to winning MVP honors.

At BC and beyond, coaches and players have raved about Silva as the ultimate competitor. So how does he satisfy his competitive edge now that sports have largely left his everyday life?

“The ability to be creative and bring things to life—it brings out the competitive edge,” Silva said. “There’s nothing like going out there and playing football. But definitely being an entrepreneur and being creative and being able to display that is certainly helpful.”

Another day, another business, another form of artistic expression for Silva. What’s next for this Renaissance man? Chances are, he doesn’t even know the answer himself—but you can bet that he won’t stop creating as long as the ideas keep coming. 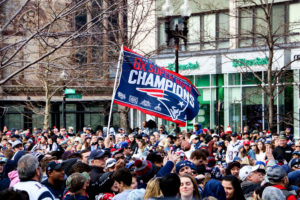 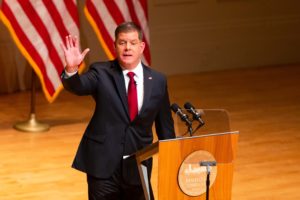