Home » ‘The Discovery’ Explores Loss, Regret, Life in a Quest for the Afterlife 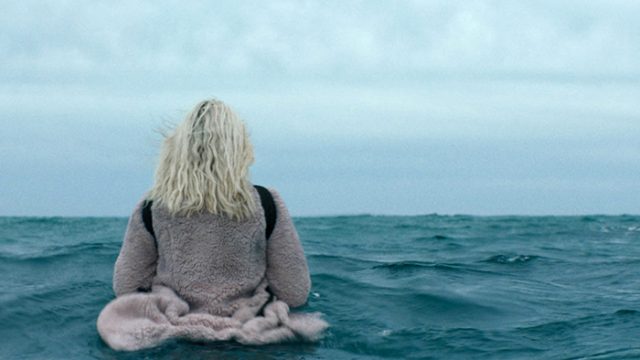 ‘The Discovery’ Explores Loss, Regret, Life in a Quest for the Afterlife

Early in The Discovery, Will (Jason Segel) finds himself standing pensively on a bluff, overlooking a long shoreline. The gloomy, distinctly grayscale color palette helps create an air of unease and foreboding. Peering out, he notices a woman, knees in the sand, carefully placing heavy weights into a backpack before standing up, strapping on the backpack, and marching towards the sea to commit suicide. Will knows this woman, Isla (Rooney Mara), and rushes to save her. Isla enters the water slowly, oblivious to Will’s screaming, as her clothes angelically float on the surface of the water. Isla forces herself underwater as Will dives in, frantically swimming toward her before pulling her back up to the surface. In Will’s arms, Isla struggles as she is carried back to the world she hoped to leave.

The “discovery” alluded to in the title is inarguably the cause for Isla’s attempted suicide. A year prior to the events of the film, Dr. Thomas Harbor (Robert Redford) scientifically proved the existence of an afterlife—explaining that, “Once the body dies, some part of our consciousness leaves us and travels to a new plane.” This groundbreaking, reality-shattering discovery, however, prompted millions of suicides in the year since the public was made aware of the scientific evidence of the afterlife. For many, it seemed pressing a reset button was worth it, even without knowing what the afterlife had in store for them. The dystopian world depicted in the film will certainly have audiences pondering some very sad truths. In many ways, this premise serves as a commentary on the inherent incompleteness and eternal suffering felt by humans. How dismal, it seems, are our lives that the knowledge of an afterlife would have so many end their life early?

The film begins with an encounter between Will and Isla on a empty ferry en route to an unnamed island, as the two strangers strike up a lively conversation before parting, only to meet again when Will rescues Isla. Will, we learn, is visiting the island to see his father, Thomas, to urge him to say something to dissuade people from killing themselves. His brother, Toby (Jesse Plemons), picks him up from the ferry drop-off and chauffeurs him to the mansion where his father, along with a merry band of formerly suicidal cohorts, carries out more experiments regarding the afterlife. During the car ride, the film also hints at the smaller implications of the discovery, as Toby frequently lets go of the wheel to light his cigarette. Fearful for his life, Will grabs ahold of the wheel from the passenger side every time Toby relinquishes control—the assurance of a second life has offered Toby (and many others) the chance to live more carelessly.

Much of the film, hereafter, involves Will and Isla working alongside Thomas and Toby as he now attempts to determine what the afterlife is. Upon hearing this, Isla logically explains that, “You don’t go on vacation without looking at the brochure first.” Thomas’s method to see the afterlife involves the same sort of pseudo-science that Charlie Kaufman concocted when writing Eternal Sunshine of the Spotless Mind. The Discovery seems to share many similarities with this 2004 sci-fi romance film. Bodies are rigged up to this machine, connected by a mass of wires attached to the head and temple. The body is then killed in hope that the consciousness’ interpretation of the afterlife will be depicted on a screen, before re-awakening the body with an electric shock.

The Discovery, while often thoughtful and insightful, is a very sad movie dealing with deeply felt themes of loss and regret which are enforced by the muted color palette. Co-writer and director Charlie McDowell has crafted a film indebted to the work of Kaufman. Besides sharing a first name, both filmmakers’ films deal with heady sci-fi premises that hope to explore and reveal very human truths, even if Kaufman’s films—like Eternal Sunshine—seem to contain more humor than The Discovery.