Home » The Mursday Effect Chapter 8: The Spy Who Annoyed Me 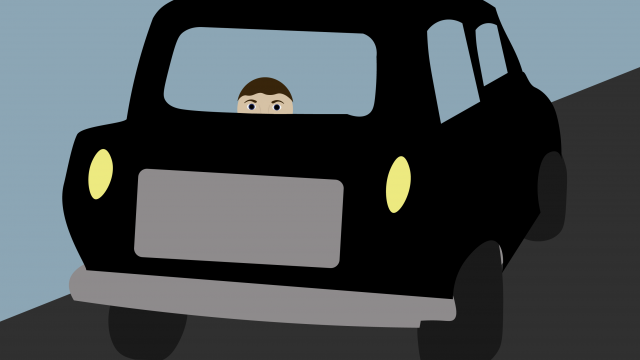 The Mursday Effect Chapter 8: The Spy Who Annoyed Me

During Retrograde’s harrowing journey to Nova Scotia, a journey filled with improbable killer whale sightings and complaints by pretentious Boston College students, Joanna Oxford and I were in quite the pickle.

If you’ll remember from my previous chapter, one which was impeccably written, intensely evocative, and perfectly plotted, Joanna was left standing on a car, bow and arrow in hand, as a massive wave of monstrous beings from dark and fallen worlds descended upon her. In an act that maybe, in retrospect, some might call heroism, she held off the monsters and allowed Retrograde and his three young companions to escape to the harbor.

At the time, I happened to be hiding inside of an SUV. This was not because I was afraid, but because I knew that hugging my knees and rocking back and forth in the trunk of an SUV was the best strategy possible in this situation. Trust me, the real hero in this situation was and always will be Rutherford Shireton IV.

A loud noise, which might be textually approximated as VROOOOOOOOM, drew my attention and I glanced over the backseat and out the window. Waves of black motorcycles, ridden by shapeless, armored soldiers wearing entirely black flew by the window. Tires screeched as the motorcycles skid to stops within the massive, bloody traffic jam and the soldiers hopped out. I turned around and looked over the back window to see another wave of these mercenaries, this time wearing entirely Nantucket red. In a well-choreographed move, they all leapt from their motorcycles, clicked their heels together, and charged at the approaching monsters.

I turned back to the front and saw Joanna standing on a car, nocking another arrow in her bow. She paused to look at the mercenaries streaming past her car.

A knock on the back window startled me.

The face peering in at me from the back door was one I recognized from my pre-mission research. When Joanna and I first drove out to Massachusetts, prepared to investigate the earth-shattering ramifications of Mursday, I reviewed some files and found that one of the primary suspected directors of the program responsible for this breach in reality was one Athena Wilson, a BC professor. It was the same face from the file, gray-eyed and owl-chinned that stared at me, smirking.

Using a small laser, she cut through the glass and pushed the detached pane into the trunk, where it landed on my toe. To this day, I carry the bruise of that wartime injury.

This is a perfect place to abruptly shift the scene. Not to avoid potential embarrassment or self-implication in an evil plot and subsequent betrayal, but instead because the narrative demands it. For pacing, you fools.

Joanna stood on the car, watching dumbfounded (which she often is), as Athena’s mercenaries fought the twisted monsters.

“Drop the bow,” a gruff and yet tender voice from below said.

Joanna turned to see one of the Nantucket-red mercenaries standing next to the car, looking up at her and aiming his rifle in a way that was threatening and yet gentle. She looked around quickly and judged her possible avenues of escape. Unfortunately, she is in no way quick-witted or heroic, like Rutherford Shireton IV, and was unable to handle herself in this situation.

“Hey, you,” someone else growled.

Joanna looked up and saw a tall, handsome, and well-dressed man standing behind the mercenary. The mercenary turned, in a manner that was intimidating and yet graceful, and aimed the rifle at Rutherford’s head. With no hesitation, only a will of steel and muscles of totes-jacked-swoleness, the noble Rutherford advanced on the soldier and began karate chopping the air in a show of strength.

“You don’t want to mess with Big Ruth,” I said, positively oozing charisma and indomitable awesomeness.

“Hi-Ya,” I screamed, landing a karate chop right to the neck. The mercenary may not have reacted, but that was only because I had stunned him so thoroughly.

“All right, please stop that,” the mercenary said, trembling with fear. “I have stuff to do and you’re getting on my nerves.”

“Leave Joanna alone,” I said, raising a fist. “Or this mama-jama’s coming right at you.”

“All right, whatevs,” the mercenary said, walking away.

“HA,” I said. “Just another fool who thought they could take on old Ruth.”

“What did that lady say on the walkie-talkie?” Joanna said.

“No time for questions. We have to get to Nova Scotia to stop the evil plot and save the world and all that.”

And so Joanna and I took off running for the airport, where a private plane waited for us.

Back on the highway, Athena watched her mercenaries fighting and spoke into a cellular phone.

“The reporters won’t be any trouble she said,” she said.

“Did you just say ‘she said’ at the end of your sentence?” the mysterious overlord of evil plots said.

“Typo, don’t worry about it. What’s important is that we’ve set up some future betrayals, some torn allegiances, and a large multi-character confrontation.”

The mysterious overlord has always had a bizarre laugh. It led to a great deal of cruelty from his grade school classmates, which may perhaps have led, in part, to his eventual decision to pursue “mysterious overlord of evil plots” as a career path.

But anyhoo, we shall see more come next week.