Home » Music Drowning Out Our Thoughts 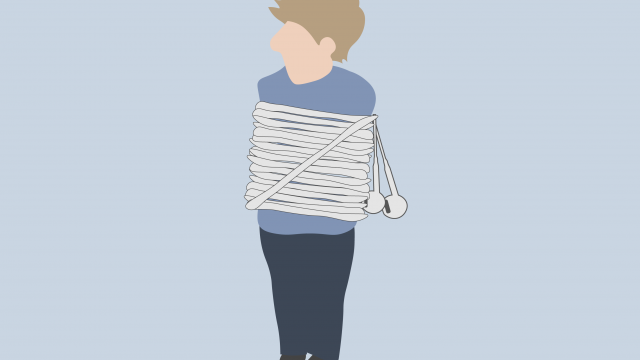 Music Drowning Out Our Thoughts

Other than touch, sound is the first sense we gain as a child. We are gifted with a connection to the beating heart of the world through our ears. In these columns, I have often lauded music and spoke to its great multifarious effects on one’s life. But there are times when its inclusion can be destructive and even weakening to one psychologically.

Earbuds have become as much a staple lining of our pockets as phones and lint. Our phones are often critiqued as a fixation of obsessive, anti-social behavior. We can get lost looking at something else and not have to gaze out into the world. But earbuds are not looked at in the same way. What’s wrong with listening to a little music while on the bus or train? When we do it as much as I do—a lot. The notion of leaving earbuds behind might be unsettling to some as it means one will have to, in another way, interact with the outside world.

When we pipe in sound from elsewhere, it is pure isolation that no one else hears exactly what you are hearing. You are in a separate zone of experience as the bus becomes a dingy dive bar, the train becomes a concert, and your living room becomes a symphony hall. But why would we want to be treated to the monotonous sounds of daily life in the first place? I believe there is some value.

Sitting on a bench in a park without any distractions, you can take in the scenery around you, like the natural sounds in the blowing of the wind or the chirping of the birds. When we insulate ourselves from the world we become distant as we fail to share in a collective experience with others. As people meander down the walkways, you can hear their footsteps, their voices, as they approach. It is a small thing, but a reminder nonetheless that you are connected, indirectly, to others by sound. When listening to music, all is lost as you become deaf to the world, as if the moment was not good enough for your to be a part of.

But why would we do this so actively or passively? Often times it is not done to keep the world out, but keep other things bottled within. Think about the alternative. No earbuds. No phone. You are left with silence, and the greatest horror of them all—yourself. Without music, there is nothing to stifle them. Resounding from the crags of the mind you start thinking about something. The machinery in your mind begins to turn and creak as it starts up again. Imagine that, anything that sneaks its ways into the realms of your thoughts. These thoughts traverse your mind, unfettered by drum beats and raging vocals.

The thought of being left alone with one’s thoughts is often an unsettling one in this day and age. The necessity is never there as there is often a medium of entertainment to fall into. The most banal aspects of our day are interjected with sounds and elements from other times, spaces, and feelings. We neglect to hear ourselves and drown out pestilent thoughts about anything other than a song. But in these idle moments, I believe we can find something valuable about ourselves. It is in these moments of the day, without so much as a care to anything else that we can reflect and truly be thoughtful about our day, our lives, and the world we share.

Next time you are out and about, notice just how many people go about their day with earbuds or headphones.

Of course, everything is good in moderation. Music can make dreary moments of our day great, but from time to time, I find it helpful to embrace the drear and be left to my own devices as I take in the world rather than shut it out. Though music is helpful, it can harm us if we take the role of personal DJ too seriously. Escapism will never save us from ourselves.

Before shuffling to the next song, sometimes I challenge myself honestly, not by asking, “What do you want to hear?” but “What are you trying to drown out?”