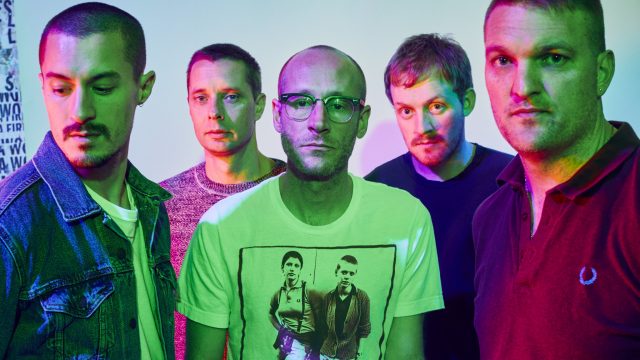 Cold War Kids released their sixth studio album last Friday with LA Divine, which featured their trademark blend of perceptive and authentic lyrics to carry off their alternative, blues-rock sound. Ten years after the release of their debut album Robbers and Cowards, the band continues to stay true to their roots by writing songs about relationships, spiritual inquiries, and the difficulties of living up to the expectations people have for themselves and each other. LA Divine is also a tribute to the band’s Southern California roots, which incorporates a stronger pop sound to the album than listeners have ever heard from the band. Lead singer Nathan Willett’s soulful and expansive vocals powerfully convey the emotional and artistic depth of the songs, even while the musical style presents a less emphatic presence than previous albums.

Opening the album, “Love is Mystical” feels familiar upon first listen with its upbeat, marching piano and the warmth of the lyrical sentiment. The song presents the lighter, more pleasant side of love, stating it will give one direction and temper feelings of emptiness, which will “give you the power to believe again.” This lofty declaration seems more accessible with lyrics such as “something happens when I lean on my mistakes,” as listeners can sympathize with making mistakes, and the statement considers the potential of blunders to help one attain fulfillment.

The album immediately throws this heartwarming idea into conflict with “Can We Hang On?” and “So Tied Up,” both of which remind the listener that a powerful force such as love can be a double-edged sword. “Can We Hang On?” is a wistful, bittersweet track that uses a dreamy riff and nostalgic lyrics to convey the wear and tear a relationship undergoes with time. The song is full of ambivalence, which continues with “So Tied Up” and its frustration about love’s ability to trap people in maddening dynamics. The buoyant and impassioned track describes someone that serves as “lover, best friend, my worst enemy,” which makes good and bad inseparable and develops a tension within human connection that is carried throughout the rest of the album.

The album also contains some oddities, such as in the hazy, distant track “LA River” or the brief venture into the spoken-word genre with “Wilshire Protest.” Both songs remind the listener of the artist’s efforts to revere the mythical quality of Los Angeles as a place of inspiration and authenticity, contrary to the popular view of the city. While some might consider it a leap to tie the broad range of topics used throughout the album back to L.A. with a couple unexpected tracks, others would consider the themes of these tracks pertaining to fame and living authentically to be more condensed versions of ideas that other tracks elaborate on and amplify.

LA Divine also contains some tracks towards which fans of the group would gravitate towards immediately. “Luck Down” is a tough and confrontational song that is reminiscent of the band’s more profound rock sound, and is a sort of intervention against lifestyles that burn people out, and the difficulties of dragging someone out of those habits. “Ordinary Idol” is one of those energetic and thrilling tracks that Cold War Kids does so well, with its infectious, overwhelming presence and its ability to flip a familiar idea around on the listener. Discussing the notion that idolizing people is often an irrational, the lyrics ask, “Why would you idolize me? / There’s nothing I got that you don’t / I’m the one that you ignore.” Painting this tendency to obsess over certain figures as hollow, the song intuitively make sense to the listener even as they may be guilty of this tendency themselves.

A more mellow track, “Restless” speaks to the elusive nature of contentment over soaring vocals and musical simplicity. While the song gets mildly repetitive at times, its strength lies in the ability to immerse the listener in a sentiment that sounds and feels relatable. The closing track, “Free to Breathe,” is also mellow and speculative, haunting the listener with an open-ended, “Why should I believe that everything will be alright? / If you’re not angry, then you must not be listening.” Instead of ending the album with some sappy, blanket declaration that everything is fine and swell all the time, the song beautifully wraps everything up with a reflection on the contradictions contained within our lives, and the fitting lack of closure that brings to the listener. 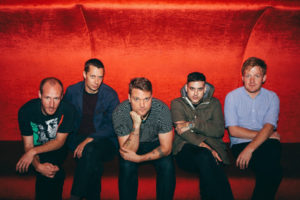