Professor Sends Out Survey to Gauge Interest in Neuroscience Major

John Christianson, a neuroscientist and the Gianinno Family Sesquicentennial Assistant Professor of Psychology at Boston College, emailed a brief survey to psychology students on Monday, March 27, and received roughly 250 responses out of the nearly 1,000 students emailed.

The survey asked students to rate their agreement or disagreement with various statements, such as, “A minor in neuroscience would satisfy my academic goals,” and, “Assuming I would still graduate on time, if BC offered a neuroscience B.S., I would change to that major today.”

For now, Christianson won’t share results of his survey, which was sent to psychology majors and any student who has taken a psychology class.

“The goal of the survey was to quantify the opinions of our current students so that we can use that as part of a comprehensive self-study,” Christianson said in an interview. After a satisfactory response rate, the survey was closed on Tuesday, April 4.

That “self-study,” which is an attempt to examine how a neuroscience program at BC might best be created, if at all, is still ongoing. At some point, survey results will be made public, and may be featured, sometime in the near future, in a white paper or an executive summary of the self-study linked to the psychology department’s website.

“We’re also evaluating our department from the faculty level—what areas we want to strengthen, how these align with trends in the field, and how what we could do as a neuroscience program compares to what other excellent neuroscience programs are doing [at other universities],” Christianson said.

Among the 40 highest-ranked national universities in the United States, Boston College is ranked 31st. Of those 40 institutions, 18 offer a major in neuroscience, according to U.S. News and World Report.

“What we can’t assess is how many people didn’t come to BC because we don’t have a major in neuroscience,” Christianson cautioned.

Neuroscience, an interdisciplinary field which consists of the study of the nervous system, is a field in which BC’s department of psychology, which studies the human mind and its intersection with human behavior, has considerable academic strength.

Approximately seven years ago, a group of faculty from various disciplines gave a presentation to the BC administration concerning the possibility of launching a new, interdisciplinary neuroscience major. Despite the presentation’s positive reception, the major was not created.

Instead, a B.S. in psychology was created and first awarded in 2012. It features largely the same curriculum that was contained in the 2010 presentation, though it lacks some courses from other disciplines, such as biology, chemistry, and physics, which are often part of neuroscience programs.

At the time, some felt that BC had insufficient resources to offer a competitive neuroscience program—only seven professors in the psychology department were neuroscientists. Since then, efforts toward creating a neuroscience major have languished due to a lack of momentum.

Since then, BC has hired 25 new professors, across several departments, with interests in neuroscience—as a result of this recent growth, a larger variety of neuroscience courses and research opportunities are now available, and the B.S. track has become even stronger in neuroscience. Some of those hires were replacements to professors who departed, but most are additional positions.

“We have what feels [to students] like a disconnect between what we offer in the psychology department, in terms of courses, and what we call it,” Christianson said.

The psychology department offers two degrees—a Bachelor of Arts and a Bachelor of Science—in psychology. The B.A. track gives students extensive choice in what they can study, and a breadth of exposure to a wide range of topics, while the B.S. track emphasizes upper-level courses on behavioral and cognitive neuroscience—it was intended to enable students to go on to work successfully in the neuroscience field.

Today, 11 of the 24 psychology faculty members at BC are neuroscientists, who publish their research in neuroscience journals and teach a number of classes in the field. The course load required for a psychology B.S. is roughly comparable to that of a neuroscience major at many universities with prestigious programs in that field.

“We could do something right now, which would be just to change the name [of the B.S. track to a major in neuroscience], and really do nothing else—and that would really be in line with a lot of what’s out there—but that might not be the best thing for BC,” Christianson said.

Christianson’s self-study aims to answer difficult questions about a possible neuroscience program and its place at BC—how to provide recognition to students earning the B.S. degree for their neuroscience-heavy coursework, how to shape a program that fits within the University’s mission to approach curricula holistically, how it might interlock with the Core Curriculum, and how such a program might compare to those of other universities.

The breadth of the field of neuroscience is such that having a psychology degree is not unusual among those working in the field.

“We may put too much stock in the name of our undergraduate degrees,” Christianson said. “For example, English or economics majors can go to graduate school in neuroscience if they’ve taken the right set of background courses.”

Since neuroscience is an interdisciplinary field—drawing upon psychology, biology, and computer science, among other disciplines—extensive collaboration among BC departments would be needed to create such a program, and BC’s lack of a medical school or an engineering program poses a challenge.

Provost and Dean of Faculties David Quigley said in an email that new interdisciplinary majors require a high level of support from existing departments.

“The primary costs [of a new major] are faculty to teach in the program and administrative support for students and faculty,” Quigley said. “Additional costs include research expenses as well as funds directed toward lectures and seminars by visiting scholars.”

Neuroscience research, in particular, requires expensive instruments, extensive work space, and intensive collaboration among faculty working in close proximity to one another, and, ideally, a “wet lab” allowing students to engage in hands-on study and faculty to conduct research. Currently, the psychology department does not have such a laboratory.

Those other departments, such as biology, chemistry, physics, and computer science, do not have a significant neuroscience presence—BC’s relatively smaller size, compared to universities of comparable prestige, has led these departments to specialize in subject areas in which they have considerable expertise. Those areas, generally, have not included neuroscience.

In addition, the sub-fields of molecular, developmental, and computational neuroscience, which are critical components of a strong neuroscience program, require strength in biology and computer science. Many of the relevant computer science classes at BC are currently operating at close to full capacity.

When asked if students’ prospects in employment or acceptance to graduate schools were harmed by not having a neuroscience major on their resumes, Christianson was skeptical.

“I think [students] think it does, [but] I’m not sure—having a degree from Boston College means a ton, and the name of the university carries, probably, more clout than the name of the department,” Christianson said. “I think if [students] are really interested in neuroscience, they have to explain themselves [to potential employers].”

Grace Elliott, MCAS ’18, who is currently pursuing a B.S. in psychology, agrees.

“I have found that I have to qualify my psych degree by explaining that I have a focus in neuroscience and take a lot of bio-heavy classes,” Elliott said. “It would be helpful to specify what exactly I try to study.”

While Christianson is still currently in what he called an early “plan-generation” phase of self-study, when asked what he’d like to see in five years, he expressed a personal hope that BC will offer a major in neuroscience, and that there would be a commitment for the University to become a leader in the field.

“If students who are are reading this [article], or faculty, or anyone want to weigh in on this [question], now is the time to have their voice heard,” Christianson said. “We want to be as inclusive as possible to students, faculty, or any other interested parties.”

Featured Image Courtesy of the Association for Talent Developement 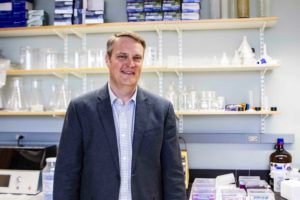 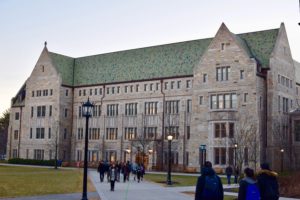