I know Spring Break was a while ago, but there was one film I decided I needed to watch during that week spent laying on my couch enjoying the wonderful Florida spring weather while never going outside. I knew I needed to watch this movie because if I didn’t, my head arts editor/overlord Caleb would never give me peace about it. This movie was The Lobster. Not many people saw this Oscar nominee, but I would strongly recommend this incredibly weird film. Anyway, a topic of much discussion has been the meaning of the ending of the movie. Spoiler Alert.

For those who haven’t seen the movie (read: almost everyone), The Lobster ends in a diner where David (Colin Farrell) and Rachel Weisz’s character (who doesn’t really have a name), sit together. Weisz’s character has been blinded, and in order to re-establish a common ground, David goes to the bathroom to blind himself too. David stands over the sink, holding a steak knife to his eye, and the movie cuts to black. Roll credits. This abrupt ending has puzzled many of the people who watched it. Did he blind himself? Did he just leave Weisz’s character at the diner? What happened?

There are three options to consider. He blinded himself, he didn’t and told her that he did, or he didn’t and he just left her there by herself. People have taken to analyzing the levels of water in the cups on the table, seeking to find some sort of symbolism that will prove or disprove any of these options. I think one of these answers is clearly the correct one. David blinded himself. The Lobster cuts to black at the moment because David can no longer see. It is in line with David’s character to mutilate himself just to go along with whoever he is with. Earlier in the movie, he makes every effort to shrug off the murder of his brother just to be with Angeliki Papoulia’s character. It seems clear that David would be willing to lose his vision in exchange for some sort of stability in a relationship. He tries to mirror the actions of those around him, seeking to build a bridge of similarity. How can he be closer to Weisz’s character except by blinding himself?

Another semi-recent development for me was the addition of another 12 hours of music to my Spotify playlist, bringing us up to a nice round 81 hours and 54 minutes of “old people” music to torture everyone who doesn’t enjoy music that is older than they are. While listening to this playlist, the masterpiece by Harry Nilsson, “Coconut,” came on. For those who don’t immediately recognize the song, this is the “put the lime in the coconut and shake it all up” song. I realized two things while singing along. One. I know all of the lyrics to Harry Nilsson’s “Coconut.” Two. I think I’ve gleaned an actual meaning from what seems like a recipe in lyrics.

Just like literally everyone who wrote, sang, played, or listened to music in the ’70s, Harry Nilsson did a ton of drugs and drank gallons of alcohol. So my theory is, when Harry Nilsson describes his two-step beverage making process, he is actually describing his problems with alcohol. The characters in the song drink this concoction, which sounds suspiciously like a minimalist pina colada, and then they feel sick. This can be related to what can only be imagined as the nights of debauchery that Nilsson engaged in. After drinking like a fish while doing copious amounts of heroin, Nilsson probably didn’t feel very good. The characters in “Coconut” call the doctor, asking what they should take to feel better. The doctor recommends more “lime in the coconut” for them to drink.

This is very similar to the “hair of the dog” idea. When you’re feeling bad after drinking, some people recommend the “hair of the dog that bit you” to feel better. This means a small amount of whatever you were drinking or doing the night before. If you’re craving a hit of heroin, some heroin always does the trick. I think Nilsson inserted this idea of curing a hangover or addiction with more of the substance into this simple little tune. Unfortunately, Nilsson is long passed, and with him the true meaning of this song, but I think I’ve discovered it. If nothing else, we all have a killer recipe for a refreshing beverage. 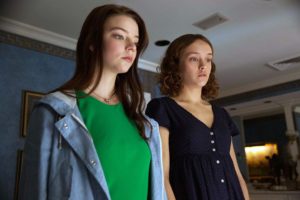