Everyone knows summer is the time for sun, fun, and indulging in quality time in front of your trusty television (if you still own one of those). So if you want to engage in your great-grandparents’ favorite pastime and soak up some of those TV rays, look no further than this list full of mainstream returns and intriguing series premieres, which is bound to have something for everyone.

For starters, director David Lynch’s Twin Peaks will return with a third season this May on Showtime, continuing with the storyline 25 years after the show first ended. Bringing back most of its original cast and involving a whole host of new stars including Laura Dern and Amanda Seyfried, fans of the cult favorite will anxiously await the mysterious return of FBI Special Agent Dale Cooper (Kyle MacLachlan) to the horrors of Twin Peaks.

Another show in the vein of dark humor and the horror genre, Preacher returns to AMC for a second season this June. The DC Comics-based show gripped audiences with its hellish landscape and twisted world in its first season, and fans and critics have high expectations for its dramatic return. As horror stories become more prolific on the small screen, this show sets itself apart from shows like The Walking Dead and American Horror Story with the richly developed treatment of heavenly and hellish characters amidst its wild small-town setting.

Netflix will deliver a diverse amount of new content this summer, one of which is G.L.O.W., to be released on June 23. Short for Gorgeous Ladies of Wrestling, the comedy is set in 1980s Los Angeles, and follows the story of Ruth Wilder (Alison Brie) and her pursuit of the limelight into the world of shimmery leotards and women’s wrestling after her acting career ends up on the rocks. Involving several other women in the same boat, the show is poised to become another action-packed drama that should entertain audiences with strong female leads and tough attitude.

Old favorites will return in the coming weeks as well. Science fiction drama Sense8 returns for a second season on May 5, which tells the story of eight strangers who must work together to save humanity from some terrible organization out to destroy the world. The third season of the comedy Unbreakable Kimmy Schmidt hits Netflix on May 19, which is set to tell of Kimmy’s crazy new life at college and bring on the show’s quirky sense of humor. Other staples will be returning to the platform in short order as well, with House of Cards on May 30, and Orange is the New Black on June 9. These shows have become must-sees for many Netflix addicts, and viewers will eagerly await their return that will hopefully, but maybe not, live up to the unfathomable amount of hype surrounding these shows.

In other news, everyone’s favorite Manhattan corporate lawyers on Suits will return to USA on July 12, which will place the show in uncharted territory after resolving much of the driving tension of the show at the end of last season. But whatever happens, the witty one-liners and exuberant characters will surely maintain enough consistency to seamlessly transition the show into a new and exciting era. Game of Thrones appears on July 16 on HBO for a highly anticipated seventh season, and in case you haven’t heard, Ed Sheeran will be doing a cameo sometime in the seven-episode run, which should be epic.

On the off chance that nothing on this list draws you in like a moth to a flame, there’s still one more TV show that is sure to please: the premier of Candy Crush, the new game show inspired by the popular app and coming to CBS on July 9. Contestants will compete on life-size game boards requiring the use their brains and brawn to win, most likely relinquishing what’s left of their dignity in the process. Who knows, it could be the next Jeopardy.

Overall, there seems to be a trend in television at the moment centered around replicating or reviving shows that have gripped audiences in the past. This suggests that viewers reject the revolving door of new shows that are simply disappointing knockoffs of TV shows they used to like. With any luck, this will send a message to the entertainment industry that any slapped-together, shallow program will not find mainstream success among audiences with innumerable options from which to choose. 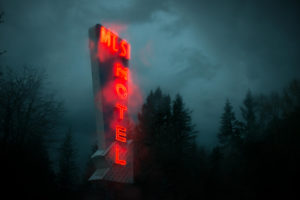 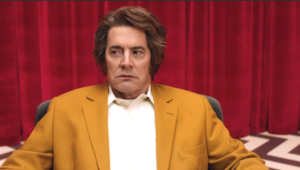