Home » ‘Search For Everything’ Remains Stylistically Similar, But Just as Moving 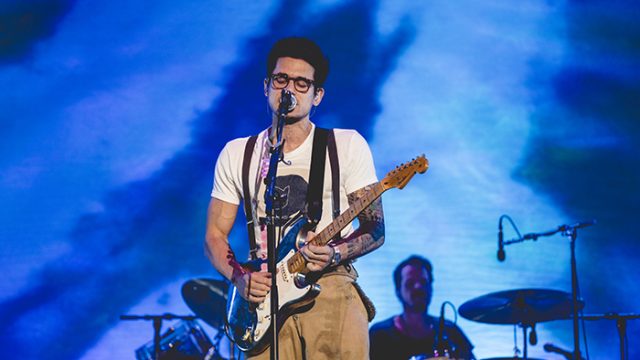 ‘Search For Everything’ Remains Stylistically Similar, But Just as Moving

Everyone possesses that one trusty pair of socks. While maybe not particularly thrilling, those knitted wonders will always be there to cover your feet, and their comfort is unmatched regardless of their generally uninspiring duty.

No artist seems to embody the role of tried-and-true socks quite like John Mayer does with the release of his newest album The Search for Everything, with its largely typical melodies serving as a cozy relief rather than providing any groundbreaking innovation.

One of these new songs includes “Theme from The Search for Everything,” which, as its title suggests, offers a brief, entirely instrumental tasting of the album’s overarching sound. Simplicity radiates through its acoustic guitar presence and bursts of percussion along with waves of “ah’s,” conveying a contagious sense of positivity. The theme also reminds listeners that the album will reflect that classic John Mayer sound of soothing rhythms.

Another new listen is “In The Blood,” a folk revival reminiscent of the Lumineers. A combination of acoustic guitar and clapping creates a stripped down, intimate feel to communicate the song’s message of self contemplation and questioning. John Mayer sings, “Can I rise above the flood / Will it wash out in the water of is it always in the blood?”

“Rosie” demonstrates a slight deviation from simple acoustics and instead utilizes a range of instruments including drums, guitar, airy flute-like sounds, and a dash of brass. Such a combination allows for a fullness of sound that is palpable and unquestionably sweet, highlighting the song’s message of encountering an old lover once again.

“Never on the Day You Leave” maintains the role of ballad for the album and withdraws from the general optimistic mood of the other songs. Its heavy use of piano layered with violin touches and subtle percussion provide insight into the weight of a romantic breakup, with lyrics like “Love grows in the time it’s been / Since you last held her hand / She’ll fight for you like hell / Then force herself to like some other man.”

Some other standouts from the album that also appeared on the previous EPs include “Still Feel Like Your Man,” “You’re Gonna Live Forever in Me,” “Helpless,” “Love on the Weekend,” and “Roll it on Home.”

Slow jazz that gradually lifts characterizes “Still Feel Like Your Man,” ultimately creating a bright tone with its feature of choral vocals and chimes. The instrumental dynamics of “You’re Gonna Live Forever in Me” emphasizes whistling with a simple piano accompaniment that automatically registers as a tune straight out of the beloved La La Land and clings to the belief that love can persist through any obstacle with lyrics such as “I guarantee / It’s just meant to be.”

“Helpless” employs a more urgent melody than its predecessors, reflecting the panic evoked from questioning and realizing one’s own incapacity through a rapid guitar beat and repetitive lyrics like “Tell me now, tell me now.” “Love on the Weekend” features musical interludes with descending piano scales that instill a driving force into the otherwise soothing piece. “Roll it on Home” serves as a standout for the album simply because of Mayer’s dip into country twang.

Overall, The Search for Everything is replete with that notable Mayer sound to a fault. While it is a relief that he can still produce relatable material about love and relationships that will inevitably be stuck in our heads and on our soothing rainy day playlists, no genuine departure from expectation was embarked upon where there was infinite opportunity to as his first album in such a long period of time.

Nonetheless, we will continue to listen to Mayer’s pacifying, albeit overdone, melodies simply because he has returned and never fails to remind our musical taste buds just why we adored his sound in the first place.

john mayer search for everything
‘Free Fire’ Aims for Simplicity, But Results in Monotony
‘Fate of the Furious’ Is Overblown, Tasteless, Smug 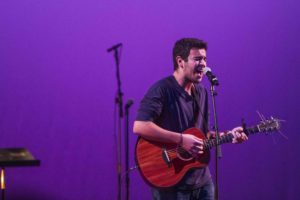