Home » A New Approach in Syria 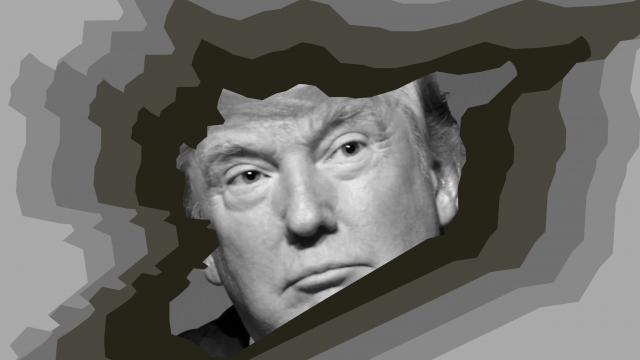 A New Approach in Syria

It seems that President Barack Obama’s proverbial “red line” in Syria just became President Donald Trump’s very concrete red wall. In August 2012, Obama declared that the use of chemical weapons by the Syrian government would cross a red line that would require American military intervention. Less than a year later, Syrian President Bashar al-Assad killed over 1,400 of his own people in a massive chemical attack that included nerve agents such as sarin gas. No U.S. military strike on Assad’s government ensued, and Obama’s red line proved to be a line drawn in invisible ink. In other words, the red line was not enforced, and no American retaliation followed the chemical gassing of over a thousand people.

Fast-forward to April 2017 and Trump is in the White House. A few years ago, Trump seemed to be adamantly against the notion of intervention in Syria, according to various statements he made (and particularly his Twitter posts). He has criticized Obama not only for not enforcing the red line in Syria, but for drawing one in the first place. Following a recent chemical attack in Syria that led to Trump ordering the first direct U.S. strike on Assad’s government, however, it seems that his non-interventionist stance may have shifted a bit.

Trump, like many others in Washington, believes that setting limits and not enforcing them is bad strategy for the U.S., since it reduces the nation’s credibility in the world and emboldens aggressive actors. Whether this is true or not, recent events suggest that Assad has not been shy to use chemical weapons once again. Evidently, the deal John Kerry brokered through the Russians in 2014 to destroy Syria’s chemical weapons stockpile has not prevented another chemical attack. On April 4, a chemical bombing in a rebel-held area of northwest Syria killed over 70 people, including children, and sparked international outrage. Trump and other world leaders strongly condemned the chemical attack, blaming Assad’s government. Syria and Russia, not surprisingly, deny that the Syrian military used chemical weapons. However, it appears that only the Syrian military had the ability and motive to carry out such an aerial attack.

The poison used in the bombing is likely to have contained a nerve agent such as sarin gas, according to witnesses who saw victims writhing and foaming at the mouth. On April 7, Trump ordered cruise missiles to be fired on the Syrian airbase from which the chemical attack was launched. This strike represents the U.S.’s first direct military action against Assad’s regime.

Internationally, many have praised the retaliatory strike on Assad’s government. Politicians on both sides of the aisle, including prominent Congressional Democrats such as Senator Chuck Schumer and Rep. Nancy Pelosi, have also expressed approval of the strike. Hillary Clinton expressed support for the bombing of Syrian airfields. “Assad’s air force is the cause of most of the civilian deaths,” she said in a recent interview. “I really believe that we should take out his airfields to prevent him from bombing innocent people.”

Some, including the Syrian and Russian governments, have criticized the strike and/or denied Assad’s culpability. Others, including Senator Bernie Sanders, scrutinized Trump’s decision to bomb Syria without Congressional involvement. However one feels about Trump, his decision to strike Syria was morally justified, which is why it was so popular.

Many instantly connect the strike with a policy of regime change, and I don’t see why this should be the case. Those most worried about the strike fail to realize that it is most likely not the precursor to a U.S. war to overthrow Assad, but rather an isolated incident with a strategic and moral significance. This strike should not be seen as sign of fundamental change for U.S. policy in Syria. Trump can more easily retaliate with a limited direct strike against Syria because, unlike Obama, he hasn’t preached the necessity of Assad’s immediate removal. Also, if Obama had retaliated after Assad crossed the red line, it may have angered Iran and jeopardized negotiations in the Iran nuclear deal.

Obama was insistent that Assad step down or be removed, but never actually took direct action against Assad’s regime. Now we have Trump, who over the years suggested that Assad could stay in power and stabilize Syria, ordering the first direct strike on the Syrian regime. Some say Trump’s behavior is confusing and contradictory. In reality, it’s pretty simple. The Trump administration is taking it day by day with the crisis in Syria.

The White House has stated that this was a limited strike, aimed to punish but not remove Assad. Defense Secretary Jim Mattis stated that the U.S.’s main priority in Syria remains the defeat of ISIS. And perhaps, for now at least, it is better left at that. The U.S. hasn’t always been successful in spurring or executing regime change in other countries. Even in conflicts where the removal of a dictator is morally justifiable, the U.S.’ good intentions don’t always pan out in the most beneficial way, due to the inherent difficulties involved in rebuilding a state.

Assad is undoubtedly despicable, but there is no telling what will replace him after he falls. In fact, Assad’s removal may result in a greater mess or an even more evil regime. Regime change in Iraq and Libya, though perhaps morally justified, has created a worse situation in these countries than what existed before U.S. intervention. The only thing that will improve the plight of Syrian civilians now is stability. We can go on and on about how Assad needs to be removed, but inevitably someone needs to rule.

So, who rules? The answer to this question is the fundamental underlying principle of every stable nation. The sooner that’s figured out, the sooner stability can be restored in Syria. So far, Russia is the only one who has answered this question.