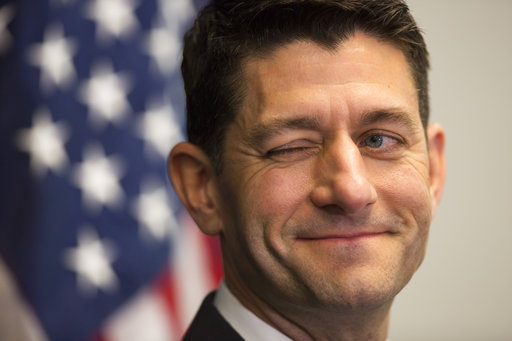 Ryan Used BC Footage Without Permission

Speaker of the House Paul Ryan released a video about tax reform on Tuesday that features footage of Boston College students at Commencement. University Spokesman Jack Dunn said BC had not authorized its use. The school invites media to campus for Commencement and some other events, and they often shoot B-roll footage. Ryan’s office could not be reached for comment.  The footage was taken by Sean Casey, who has made several promotional videos for BC. The video can be watched here.

Casey tweeted that Ryan’s office did not ask him if it could use his footage.

In the video, Ryan suggests that taxes could be simplified to the point that people could file on a form the size of a postcard.

“If you’re a family trying to pay for college tuition, you have to wade through more than a dozen tax provisions and almost 100 pages of IRS instructions to figure it out,” he says in the video, as footage of BC Commencement rolls, including Gasson Hall, with graduating students walking down Linden Lane in their robes.

On Wednesday, President Donald Trump unveiled a tax proposal that would create a 15 percent business tax and form three tax brackets of 10, 25, and 35 percent. According to Reuters, Ryan said he and House Republicans are about “80 percent” in agreement with Trump’s plan.