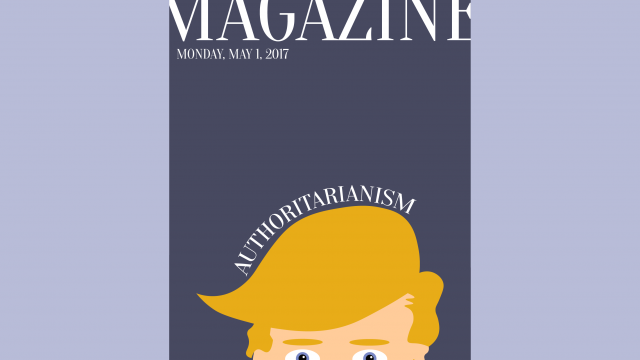 We’re seeing it online, in our inboxes, at the newsstands, and on the nightly news, yet it doesn’t seem like it has hit home yet: all across the world, illiberalism and authoritarianism are on the rise while democracy and liberalism are on their way out. We are living in a time when the world is bullish on strong men and shiny new armaments and shorting multilateralism and cooperation.

As the world chafes at the atrocities and absurdities of the most extreme and dynastic of dictators, a deeper, more troublesome undercurrent seems to be flying under the radar. Sure, the likes of the Kim Jong-Un and Bashar al-Assad regimes in North Korea and Syria serve as the most ready examples of unrepresentative and unaccountable government, and bring the worst to mind when we contemplate their perils and pitfalls. But this theme is taking root far beyond the Korean Peninsula or the Levant.

Let’s start with the obvious—the known knowns. There are the proud monarchies like Jordan, Saudi Arabia, and the Gulf States, countries which the United States considers among its closest allies in the Middle East. In China, autocracy has been a mainstay since the state’s inception. There are also leaders that pay lip service to a veneer of democracy, such as Abdel Fattah al-Sisi in Egypt. Al-Sisi’s Egypt is far from a tolerant, liberal, or democratic state.

Then there is president Recep Tayyip Erdoğan of Turkey, who has undertaken nothing short of a full-on power grab. He has systematically dismantled political opposition, strong-armed the free press, purged the government of anybody suspected of being associated with the movement of U.S.-based cleric Fethullah Gulen, and wiped away the entire tradition of democratic norms in Turkey. His ploy for constitutional reform, which has significantly strengthened his powers, is the textbook definition of mission creep.

Erdoğan has taken a page out of Vladimir Putin’s playbook. He is ruling over his people with an iron fist and squashing out dissenters before they can do so much as lift a finger in protest to good-ole Soviet-style totalitarianism. In addition to Big Brother at home, Putin is posturing abroad. He’s done his best to establish client states on Russia’s periphery, meddled in the U.S. election, rolled tanks and shuttled troops into the Crimean peninsula of sovereign Ukraine, and possibly supplied separatists with a missile that downed Malaysian Airlines Flight 17.

In recent weeks, protests in Venezuela have shed light on the illegitimacy—and inadequacy—of South America’s most notorious dictator, Nicolás Maduro. This is a man that has presided over a country that was once the most prosperous in the continent, but now is in dire straits. What once was a revolutionary movement with Hugo Chávez is now a defunct, dictatorial, and repressive left-wing regime holding onto its power as a lifeline in Caracas. Very senior officials in the administration are kingpins in the narco trade, showing how bad things really are.

There are more of these types scattered around the world. In the Philippines, Rodrigo Duterte has presided over a spate of extrajudicial—and objectively horrific—killings. In Africa, dictators Robert Mugabe and Paul Kagame with 30- and 17-year rules in Zimbabwe and Rwanda, respectively, cling to power. And fresher faces such as Joseph Kabila in the “Democratic” Republic of Congo refuse to step down, despite him having reached the end of his constitutional two-term limit last year. Many African countries under dictatorial rule are fragile, having just recovered from or remaining in the midst of devastating civil wars and stifling poverty.

These men, and yes they are all men, have numerous traits in common. They are jingoists and chauvinists, reliant on chicanery and demagoguery, and big on machismo while short on respect for human rights or democracy. In their countries, they have loyalist armies and militias, often with the judiciary in tow and kangaroo courts to boot. They wield power in what appears to be pre-modern arrangements of power, to varying degrees of stability and legitimacy. In cases like Erdoğan’s, the leader has the backing of his country, at least on paper, whereas autocrats like Kabila are patently illegal in their insistence to continue ruling. In most instances, these men have ripped apart the fabric that keeps a state intact.

The rise of illiberalism is nothing new, but its resurgence is a tour de force, and a scary one at that. And as President Donald Trump has just received his 100-day report card, we would be wise to consider his similarities with the aforementioned cohort. He shares with these men a disdain for the free press, uses his office to enhance his personal wealth, and is off-puttingly vain in character.

The U.S. is not similar to most of these countries. We still have a full-fledged democracy with an independent judiciary and legislature, civilian control of the military, a healthy Constitution, and democratic norms at its root.

That being said, it bears mentioning that we were recently downgraded from “full” to “flawed” democracy by the Economist Intelligence Unit, putting us in the company of Poland, Mongolia, and Italy. I’d be remiss to not note that this is not due to Trump, as the report notes that “Popular trust in government, elected representatives and political parties has fallen to extremely low levels in the U.S … [a result of] a long-term trend.”

But this unsettling development—coupled with Trump’s proclivity for pseudo-dictatorial rule and fondness for many of the dictators mentioned above—is not good. With the salvoes against democracy firing in America and Europe, this trend is a bad sign, and it should keep us on our toes.