Home » Saving Love for the Weekend 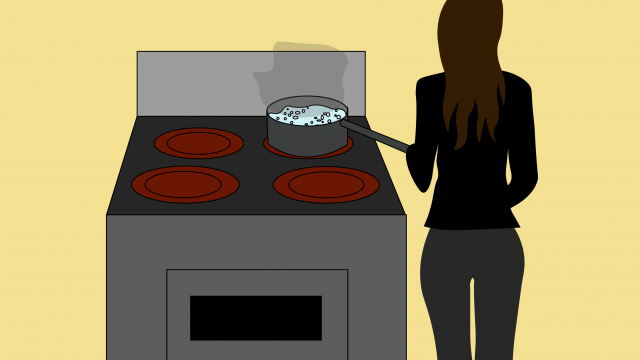 Saving Love for the Weekend

Last weekend I revisited my freshman dorm, and immediately spiraled into nostalgia. I found myself thinking fondly of Mac and O’Connell House, the white bricks that lined my room in Kostka, and the stained carpet we left behind. Within this sea of memories, I sought out a slip of paper given to me at orientation and kept in my wallet ever since. On the paper is a quote from Pedro Arrupe. He wrote:

“What you are in love with, what seizes your imagination will affect everything.

It will decide what will get you out of bed in the mornings,

What you will do with your evenings,

How you spend your weekends,

What you read, who you know, what breaks your heart.

And what amazes you with joy and gratitude.

Fall in love, stay in love, and it will decide everything.”

As a freshman, this quote had me sold. I was determined to fall in love, and I believed (for a month) that that love would be political science. I imagined a life of justice and advocacy, all stemming from an introductory political science class called How to Rule the World.

I laugh now thinking about that. After I received a whopping D- on my first paper, I realized that no love awaited me in the political science department. But I still hoped that someday I might fall in love, and that love would lead me to a major, then a job, and then a fulfilling career. I was a romantic, or as romantic as one can be about college courses. But then again, I had a lot to learn about love.

For some people, love smacks into them on a first date. They feel a stirring in their chest and suddenly—this is it—they have found their person. Or maybe it hits them in a lecture hall, their mind abuzz with the things they’ll learn and the questions they’ll answer.

As for me, I fell in love more quietly. It began in Mac, as I munched on early morning Special K and realized that a bowl of cereal, when eaten in a sun-drenched dining hall and with a book in hand, could calm my anxious mind. Later, when I moved into Edmond’s Hall and reclaimed control of my meals, I began a love affair with cooking. During the day, as I sat in class and took notes about Shakespeare and Adam Smith, I secretly dreamed up my dinners. Sometimes I tried out new recipes, but mostly I cooked without them, focusing instead on the smell of garlic as it hisses in hot oil or the bright yellow of a just-cracked egg. I let myself linger on the details and lose myself in the process.

This love, felt so intensely in front of the stove or at the kitchen table, guided me through four years at Boston College, a semester abroad, and several summer internships. It met me for lunch dates and pre-exam breakfasts. It introduced me to Chef’s Table and M.F.K. Fisher, and earned me a sweet gig writing about food for The Heights. But sadly, it never led me to a career.

After all, how do you find a fulfilling career when what gets you out of bed in the morning isn’t a new project or client, but rather the steam that rises from your coffee and the smell of sourdough bread as it toasts to a golden-brown? What if your love, that thing that fills you with joy and gratitude, can’t be squeezed into a 9-to-5 job?

As my infatuation with food deepened, so did my lack of direction. I imagined myself in a million careers—could I be a lawyer? A writer? A teacher?—and none instilled in me much love. Even the thought of shucking off my liberal arts degree and signing up for culinary school filled me with dread. After all, I didn’t want the pressure of working in a restaurant, I wanted the satisfaction of discovering new flavors and sharing food with the people I loved. But that’s tough to find in a job description and even more difficult to explain to meddling relatives. I felt swindled by the vocation gods. Where was my calling?

It’s a well-kept secret, but not everybody finds their calling in life. Some people have careers they like, but not ones that consume them and inspire them. This reality hits me everyday when I think about graduation and the black hole that lies beyond it.

But within this reality is a little bit of hope. The truth is, most people leave their love for the mornings and the evenings. They sit at their desk and dream of a post-work run or their weekend camping trip. And those dreams are ultimately what define them, not some job title or their college major. They can feel the rush of love, the joy and gratitude, even if they still don’t know what they want to be when they grow up.

As BC students, we have a million doors open to us. We’re told to pick one, any one, but it must be prestigious and, most of all, it must be fulfilling. What are we to do with that? Sometimes this opportunity feels more like a burden than a gift, and the weight on my shoulders becomes nearly too much to bear.

So what if we let that pressure go? What if we stopped forcing ourselves to fall in love with a career, and instead sought out that love in the bits of our lives that don’t give us a paycheck? We might be surprised by what we find.

I still carry that slip of paper in my wallet. Now it’s soft and faded, folded up like an unwanted receipt, and the words are hard to read. But it reminds me to seek out love, even if I can’t see it in any job listings. Because it’s there every time I smell a pop of citrus or peer into a hot oven, watching magic unfold before my eyes.

love work cooking bc
The Mind-Boggling Ways of Meta-Art
‘Warning: This Drug May Kill You’ Devastates with Brutal Truths About the Opioid