Of the schools that made the top 25 colleges last year, BC’s 27-spot drop appears to be among the largest. Several other schools also had their rankings change dramatically, including one of BC’s biggest rivals for applicants: the University of Notre Dame, which fell to No. 26 from No. 13 Wesleyan University also suffered one of the biggest drops, going to No. 33 from No. 9. Fellow Jesuit school Georgetown University has been No. 21 each of the last two years. Commonwealth Ave. rival Boston University ranks No. 86, and Fordham University is No. 132.

The Forbes ranking is one of several key marketing points for the University, along with the U.S. News & World Report rankings, where BC currently ranks No. 31 among national universities. The University has previously touted the Carroll School of Management’s No. 3 ranking on the Bloomberg Businessweek ranking of the top undergraduate business schools, but the magazine announced in April 2016 that that year’s undergrad ranking would be its last.

The Forbes rankings, released last week, used a slightly different methodology this year than in 2016. It is unclear how exactly this change in methodology caused BC’s drop in the rankings. This year’s full methodology is available here.

The proportion of the ranking dedicated to Alumni Salary doubled this year to 20 percent, from 10 percent in 2016. BC is tied for No. 67 on PayScale’s list of alumni salaries, which accounts for 85 percent of the Alumni Salary score, or 17 percent of the total Forbes score. Many of the schools that rank above BC this year also rank more highly on the PayScale list.

“As the price of college and college debt continue to rise and as more and more students choose to attend college, we believe strongly that the earnings potential a school presents should be a major consideration when choosing a college,” Forbes said in its statement on its methodology.

The American Leaders List is essentially a Forbes database of prominent people, a combination of governmental leaders, the winners of prestigious awards and prizes, and other lists like Forbes’s own Most Powerful People, 30 Under 30, and 400 Wealthiest People rankings. Schools are assigned a score combining the raw number of alumni on the list with a calculation adjusting that number based on a school’s size.

According to Forbes, this year’s American Leaders List is “far more selective and focused on key Forbes tentpoles: entrepreneurs, success, leadership and impact.” The list therefore has less weight this year than in 2016, when it was worth 22.5 percent of the total score. It is unclear exactly how many BC alumni are included on this list compared to other schools. 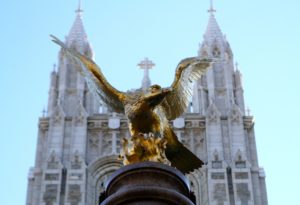