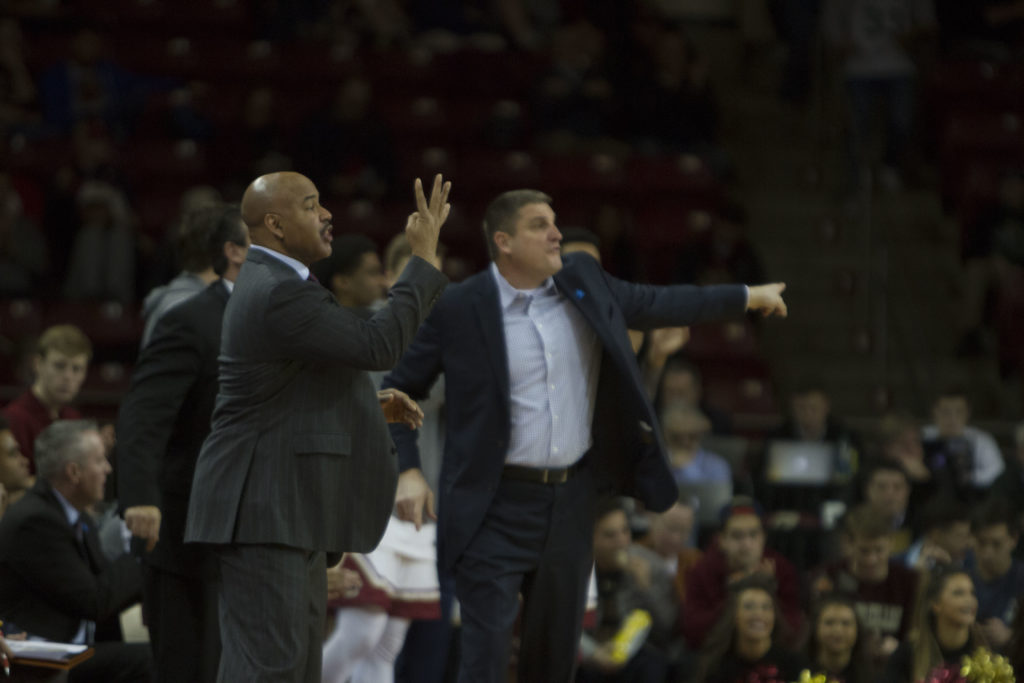 After three years as an assistant coach for Boston College men’s basketball, Stan Heath has worked his way back to the head coaching ranks. This time, he’ll be drawing up plays at the professional level.

On Aug. 8, Heath was hired to coach the Lakeland Magic, the NBA G League affiliate of the Orlando Magic.

Heath will return to Florida, where he previously coached nearby South Florida from 2008-14. While he was at USF, the Bulls recorded a pair of 20-win seasons and made an appearance in both the NIT (2009-10) and NCAA Tournament (2011-12).

During the 2011-12 season, Heath and Co. set the program record for conference wins (12), as well as total victories victories (22). But most importantly, USF ended its 20-year, NCAA Tournament drought. And once it got there, the Bulls made some noise. A No. 12 seed, USF had to play its way into the dance via the First Four. The Bulls defeated California, and then just days later upset No. 5 seeded Temple in the second round of the tournament. Heath’s record-breaking team was defined by its play on the defensive end of the court. USF only gave up an average of 56.6 points per game that season.

Prior to his time with the Bulls, Heath served as the head coach of Arkansas for five seasons (2003-07). In his first two years with the Razorbacks, Heath only won a combined 21 contests. But the next season, he started to pick up speed in the SEC, winning six conference games and 18 overall. By the 2005-06 season, Heath was over the hurdle. In his final two seasons with Arkansas (2005-06 and 2006-07), he led the Razorbacks to back-to-back 20-win campaigns and NCAA Tournament appearances.

Heath’s head coaching career started at Kent State back in 2001. His one season (2001-02) with the Golden Flashes immediately propelled him to the Power Five. Heath, alongside then-assistant and now BC head coach Jim Christian, led Kent State to 30 wins, MAC regular season and tournament titles, as well as a storybook finish. The Golden Flashes, a No. 10 seed and prototypical Cinderella team, took down Oklahoma State, Alabama, and Pittsburgh, en route to their first and only Elite Eight appearance in program history.