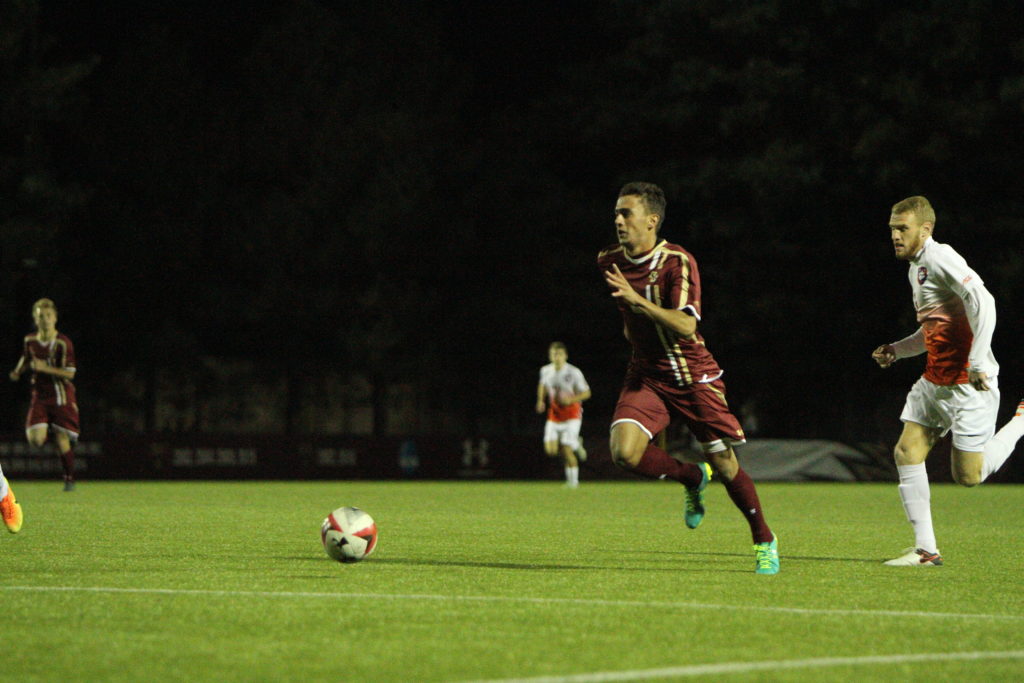 The Eagles traveled to Whippany, N.J. to take on not only an MLS affiliate, but also their former teammate: Zeiko Lewis. The Bermudian, who led BC last season with 19 points—seven goals and five assists—was selected 17th overall in the 2017 MLS SuperDraft by the New York Red Bulls. In his first professional season with the defending USL Cup Champions, Lewis has already scored two goals.

The 5-foot-6 speed demon couldn’t add to his total on Tuesday. But he didn’t need to. New York scored three second-half goals, en route to a 4-0 exhibition victory.

BC hung with the Red Bulls II for the majority of the first half, but eventually, New York broke the scoreless tie. After getting a call in the box, Dilly Duka cashed in on his penalty kick, giving the Red Bulls II a one-goal lead before halftime.

After the break, the Eagles began to unravel.

Shortly into the second period, Stefano Bonomo scored off a free kick—and he was just getting started. The Hillsborough, Calif. native tacked on two more goals before time expired, both extending his team’s lead and recording a hat-trick.

Regardless of the outcome, head coach Ed Kelly was pleased with his group, in what he deemed a learning experience.

“Today was a great test for us to face young pros after just five days of preseason training,” Kelly told BCEagles.com. “After they [New York] got the second goal off a free kick, our team saw how quickly the pros can play and jump on an opponent.”

BC will wrap up its preseason with another scrimmage against Massachusetts Lowell on Saturday. The Eagles’ regular season will officially begin on Aug. 25, when they host MAAC representative, Quinnipiac.