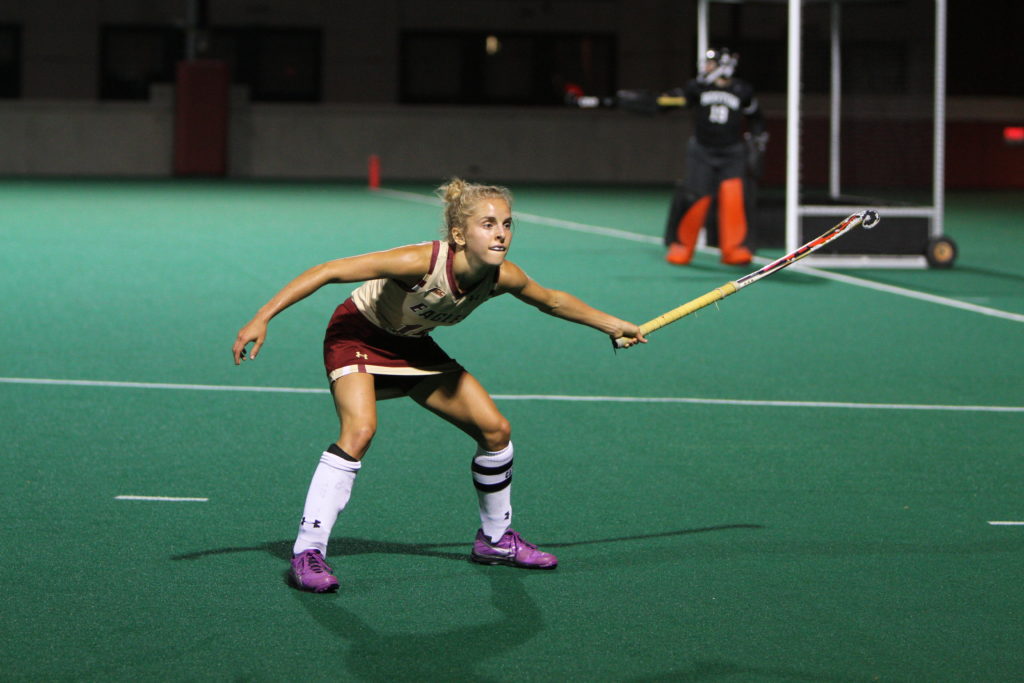 No. 12 Boston College field hockey traveled to Lancaster, Penn., on Friday to take on No. 14 Northwestern in the ACC/Big 10 Cup. The game was a tight defensive battle that needed two overtime periods to settle the winner, but in the end, the Eagles defeated the Wildcats, 3-2.

Northwestern (2-2) struck early and put one in the back of the net in the first 10 minutes. However, Jaime Natalie netted her third goal of the season off an assist from Brooke Matherson to level the score for BC (3-0). In the second half, the two teams traded goals again with Alesandra Miller scoring for the Eagles. Tied at 2-2, the game went into overtime where solid defensive play by both teams kept the score tied. Another overtime began, but BC was ready to strike this time. Lucy Lytle banged home a rebound for her second goal of the season to give the Eagles the lead and the win.

Both goaltenders played exceptionally, with Annie Kalfas from the Wildcats saving 13 shots and Sarah Dwyer stopping six. BC will continue its ACC/Big 10 Cup play with a matchup against No. 6 Maryland on Sunday.