Home » ‘AHS: Cult’ Third Episode Asks Who Can You Trust With Your Fears 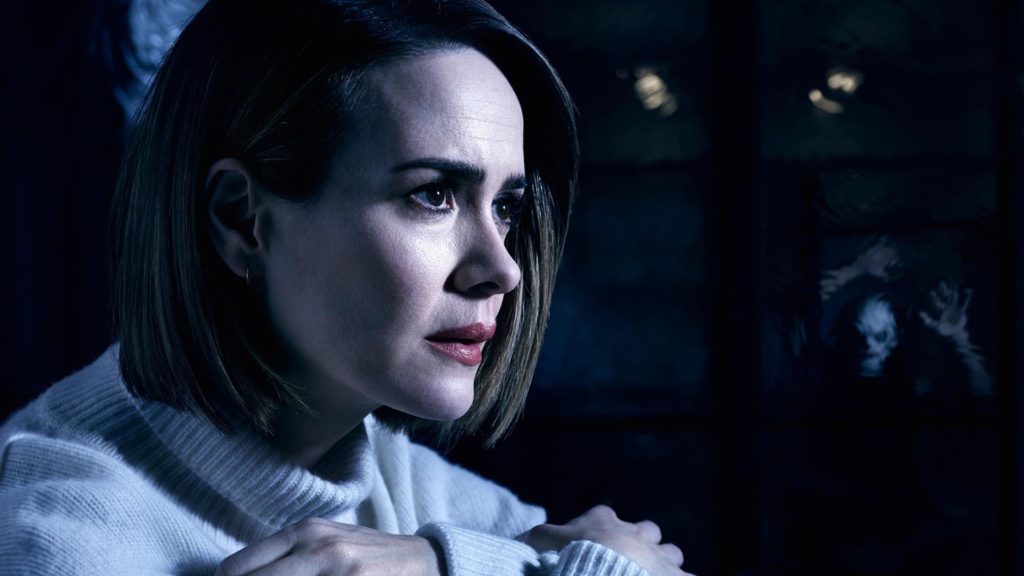 ‘AHS: Cult’ Third Episode Asks Who Can You Trust With Your Fears

Stranger, still. That is how American Horror Story usually processes. The third episode of AHS: Cult amps up the stakes for the main characters as the horror begins to hit closer to home.

As expected, the level of non sequitur humor and satirical cultural references is being amped up as AHS: Cult progresses deeper into its own mythos. When the odd neighbors next door, the Wilton’s (Billy Eichner and Leslie Grossman) come knocking at the Mayfair-Richards’ door, sporting sombreros and chastising about Ally’s (Sarah Paulson) racist killing of Pedro their fervor seems feigned, but their ravenous contempt for Ally appears much more real. Apart from its visual satire (i.e. those seeking racial justice are simultaneously appropriating racial culture), the dialogue was rife with parodies of the modern cultural paradigm. The conversation, as well as the rest of the episode, is then spiced with the lexicon du jour, complete with the flippant use of the word racist and “triggered” among other exaggerated expression.

Each character is as crazed as the next, making the whole world mad.

Thematically, the show continues to further its ideas about the weaponization of fear. The opening of the episode saw a woman murdered by her worst fear, a fear she divulged to the therapist, Rudy Vincent (Cheyenne Jackson)—the therapist Ally also visits. The most telling scene of the episode saw Ally’s therapist empathetically replying to her fears, only to cut her off and end the phone session. All the while, he shuffles the smiley face buttons about his desk, implying to the viewers that he is somehow involved with the clown killers who brand their victims’ homes with the symbol. Who can you trust with your worst fears?

Fear is power, as the episodes suggest, and even those we trust can use it against us. 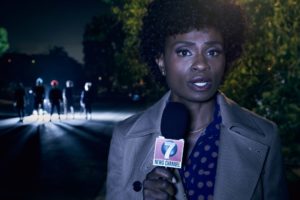 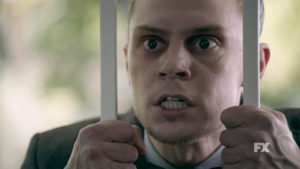 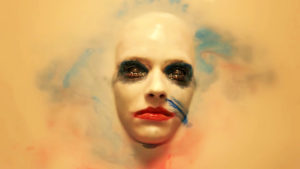