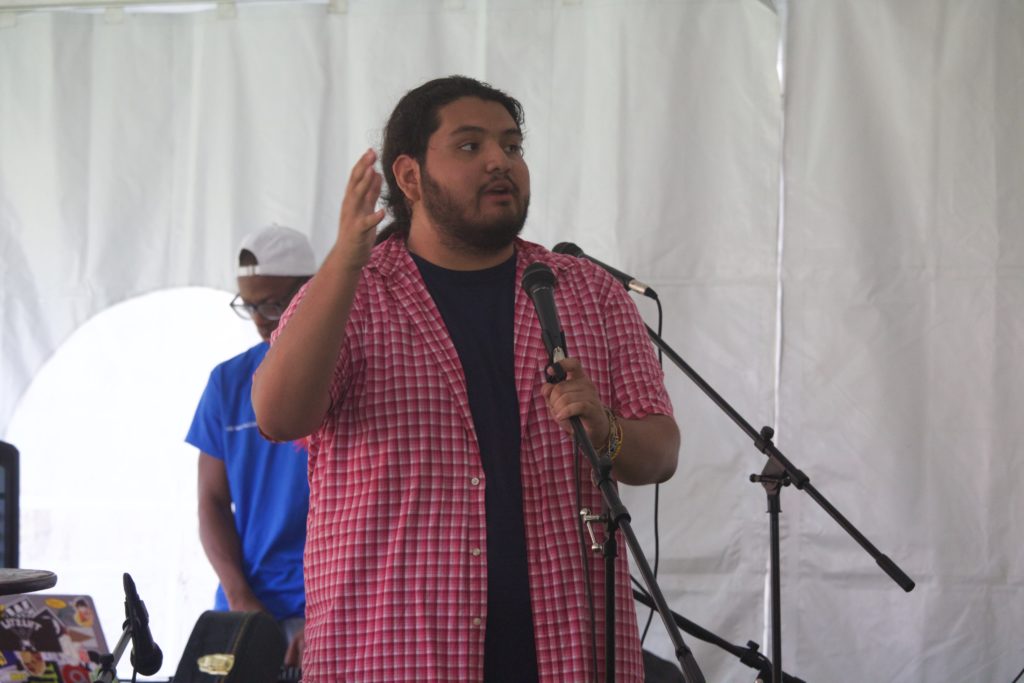 Not two weeks before the commencement of Hispanic Heritage Month in the United States, thousands in the Latino community were thrown into a state of disappointment and uncertainty when, on Sept. 5, President Donald Trump ordered for an end to the Deferred Action for Childhood Arrivals policy (DACA). This order affects nearly 800,000 DACA beneficiaries, 79 percent of whom come from Mexico, according to The New York Times.

At Boston College’s ninth annual Hispanic Heritage Month Opening Ceremony, held Sept. 15 on O’Neill Plaza, speakers discussed the impact of DACA on people they knew and the Hispanic community as a whole. The event was coordinated by the Thea Bowman AHANA and Intercultural Center (BAIC) in collaboration with Latinos/as at BC ([email protected]), an association of BC faculty and staff dedicated to advocating for the advancement of BC’s Latino community.

For the past five years, DACA has allowed individuals who entered the United States illegally as minors the rights to work legally and to receive renewable two-year periods of deferred action from deportation. But now the future is uncertain for these beneficiaries, some of whom will become eligible for deportation as early as March.

Rafael Torres, MCAS ’18, one of the co-coordinators of the Hispanic Heritage Club Committee, described the purpose of the opening ceremony as a means of kicking off a celebration of the Hispanic community’s history, pride, and future, and this year especially, he said, its continued presence in the U.S.

The national theme for this Hispanic Heritage Month is “Shaping the Bright Future of America.” This year, however, the BAIC chose to adjust this theme to create their own: “Keeping the Future Bright.” According to Torres, this decision was made in light of the recent decision from the White House, with the hopes that this message would put more focus on positivity and the idea “that Latinos are here to stay” moving forward.

The opening ceremony festivities commenced with the performances of three student musicians: Fernando Lujan, CSOM ’20; Eddie Diaz, CSOM ’19; and Sarah Clavijo, MCAS ’18. They were followed by Ten Tumbao, a professional Latin American band from Boston. Attendees had the opportunity to learn about several BC clubs, such as FACES and the Organization of Latin-American Affairs, which had tables set up in the event’s tent, and enjoy Dominican food catered by the Boston restaurant Merengue.

Anabel Torres, LSOE ’19, performed an original spoken-word piece at the opening ceremony, in which she expressed how the day of the decision to rescind DACA was a hard one in the Latino community that caused much uncertainty among many of its members.

Despite all of the uncertainty, however, Torres said the beginning of Hispanic Heritage Month was still a “day of celebration … of our culture and of our art.” 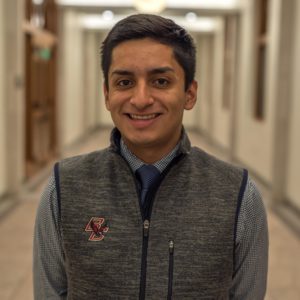 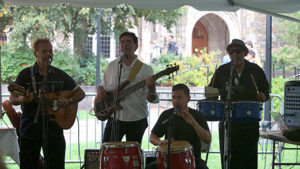