Home » Walsh and Jackson to Face Off in Mayoral Election
Metro, Politics, Boston

Walsh and Jackson to Face Off in Mayoral Election

At 8 p.m. on Tuesday night, the voting booths closed, revealing that incumbent Mayor Martin J. Walsh, WCAS ’09, and city councilor Tito Jackson will go head-to-head in the final round of the 2017 Boston mayoral election. While there are 390,136 citizens registered to vote in Boston, only 56,373 voters actually cast a ballot in the primary election, a number that encompases under 15 percent of the voting population.

Walsh came out ahead with 34,860 ballots cast in his favor, which translates to 212 out of 255 Boston precincts, and just over 62 percent of the vote. Jackson received 16,202 votes, around 29 percent of the ballots cast. Candidates Robert Cappucci and Joseph A. Wiley came in third and fourth place respectively, with 3,735 and 529 votes each.

After hosting an election night celebration with volunteers, families, and supporters after polls closed for the night, Walsh released a statement on his website expressing his gratitude to voters, volunteers, and his fellow candidates following the outcome of the primary election. He also while still asking listeners to keep the victims of recent natural disasters—such as the people of Puerto Rico, the Caribbean Islands, and Houston—in their thoughts, and reminded listeners of what he has worked for since his election in 2013, and what he will continue working for should he be reelected.

“In Boston, we don’t care who you are, or where you were born; how you identify or who you love; the color of your skin; or how old you are,” Walsh said. “If you are here, and you are part of our community, then you are one of us and we have your back. That’s the Boston I know and I love. That’s the Boston I fight for.”

Jackson also highlighted his gratitude in a tweet thanking Boston and its voters following the election results. With such a large margin between Jackson’s votes and those of Walsh, the following six weeks will require Jackson to push himself to the limit.

Good morning #Boston! Thanks for all your waves, honks, thumbs up, and Tito!s in Dudley today.

The Tuesday primary elections also narrowed down the candidates for the city councilers of districts 1, 2, 7, and 9.

With the primary election now decided, Walsh and Jackson will buckle down the for the months ahead, each working their hardest to win the hearts of Bostonians before the final election on Nov. 7. 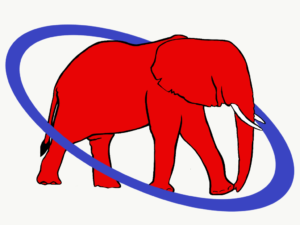