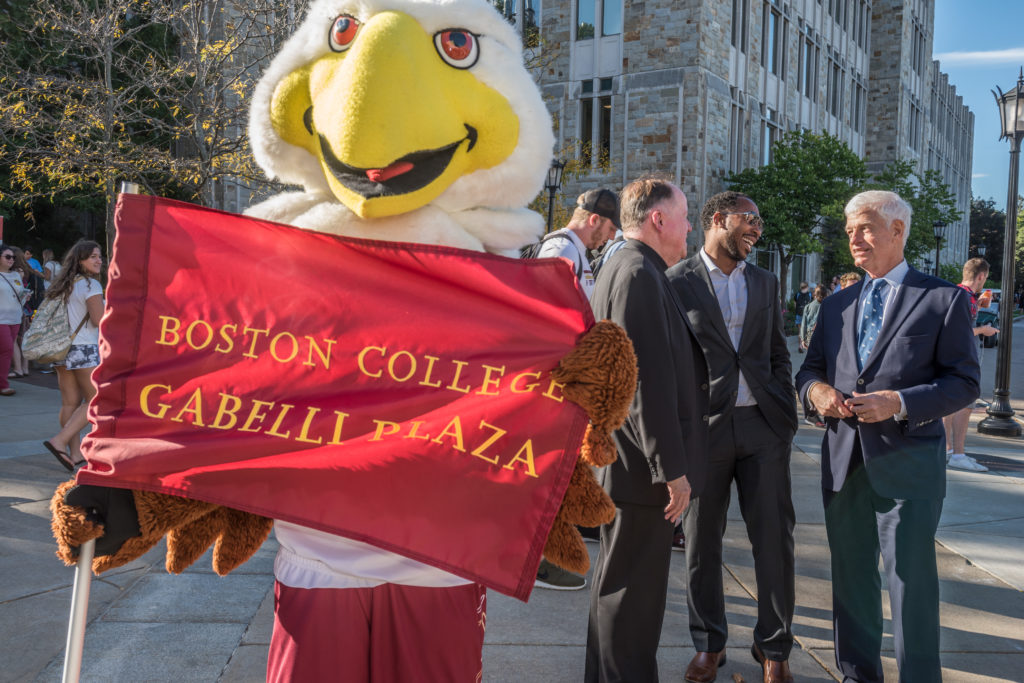 BC Dedicates Gabelli Plaza in Ceremony

The areas around Conte Forum were officially dedicated as Gabelli Plaza at a ceremony on Thursday afternoon.

A $10 million donation was made through the foundation of Mario Gabelli, a major donor to BC and longtime University trustee, in 2015 as a part of the University’s “Light the World” fundraising campaign. The money will go toward the upkeep of the areas around Conte Forum, now known as Gabelli Plaza.

In response to the donation, the Undergraduate Government of Boston College released a statement in December 2015, expressing its disappointment that the donation would be spent on campus improvements rather than student resources. Some of the improvements UGBC called for were more staff at the University Counseling Center, a first-year women’s program equal to that of Freshman League, and external consultants to address the issue that students of color do not feel supported by the University.

“A plaza, by definition, is an area that invites community, that draws people together, that invites conversation, that builds up those around it,” Leahy said.

Leahy discussed Gabelli’s numerous contributions to BC, including the construction of Gabelli Hall, his support of the Gabelli Presidential Scholars Program and the creation of the Gabelli Chair in the Carroll School of Management.

Robert Morrissey, BC ’60, spoke next. Morrissey has known Gabelli for years and brought him to campus as a member of the investment committee 40 years ago. Gabelli then helped BC invest its funds and became a member of the Board of Trustees. Morrissey credits him with helping BC’s endowment increase by hundreds of millions of dollars.

“Perhaps the most sincere sign of your feelings for Boston College—you sent all your children here,” Morrissey said.

He praised Gabelli for his $10 million donation to beautify BC’s campus.

“This inviting space enhances the experience of all who belong to the BC community and all who visit the campus,” Morrissey said.

Gabelli was then invited up to the podium to say a few words. He said that a combination of the free market system, the rule of law, and meritocracy got the country to where it is today, and the foundation of meritocracy is education.

“The Jesuits taught us the human body, the human spirit has to be holistic,” Gabelli said. “And that’s why we are giving back to athletic efforts of this University.” 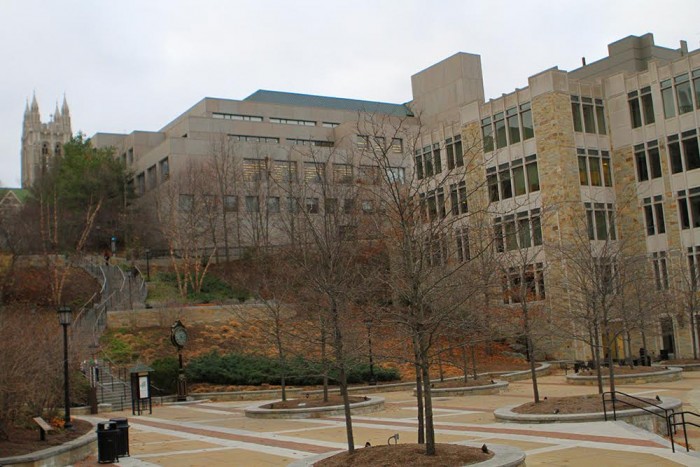