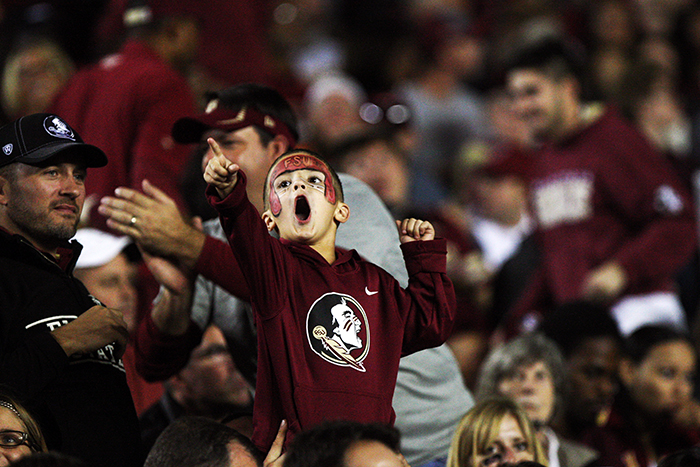 Coming off of a loss to Virginia Tech two weeks ago, Boston College head coach Steve Addazio delivered his now-famous prediction that “it’ll come together, and it’ll be beautiful.” But even he could not have foreseen just how quickly his prediction would come true.

The Eagles (4-4, 2-3 Atlantic Coast) are coming off consecutive wins against conference opponents and have propelled themselves back into national attention. On Saturday, BC trounced a five-win Virginia squad, 41-10. Propelled by Anthony Brown’s three touchdown passes and 275 yards through the air, the Eagles eliminated any doubt some may have had that the team’s 45-42 win over Louisville a week prior was a fluke.

Addazio spoke highly of his offensive arsenal in his Monday morning press conference.

“You talk about Kobay White, A.J. [Dillon] and Anthony at the apex of the offense and at the receiver, they’re considered elite in their class in the country right now and I think that’s exciting.”

Defensively, the Eagles looked much improved relative to their victory in Louisville. The Eagles held the Cavs to just 247 total yards of offense and sacked UVA quarterback Kurt Benkert three times for a loss of 17 yards. The defensive onslaught was led by junior defensive end Wyatt Ray, who recorded one and a half sacks. Junior defensive back Lukas Denis stood out with seven tackles.

Florida State (2-4, 2-3) are trending in the total opposite direction heading into Friday night’s showdown at Alumni Stadium. The Seminoles find themselves scrambling to salvage their season against BC following a defeat against the Louisville squad the Eagles recently upset.

The Noles, which had two early-season contests postponed due to hurricane damage, have been further decimated by injuries. The most prominent of which was a season ending patella tear in the left knee of quarterback Deondre Francois. With Murphy’s Law taking full effect, FSU is in jeopardy of its first sub-.500 season since an 0-6 campaign back in 2007.

Even after acknowledging that this is a prime time for BC to snag a victory, Addazio warned against his team taking the Seminoles lightly.

“They’re still Florida State,” the fifth-year head coach said. “But like a lot of teams, doesn’t matter who you are, top to bottom, you lose your starting quarterback and you put a freshman quarterback in the game, there’s a transition period with that.” This transitional phase is one Addazio and BC fans alike are quite familiar with.

The aforementioned quarterback taking the reigns for FSU is James Blackman. A true freshman, Blackman has thrown for 1,017 yards, seven touchdowns, and six interceptions in his rookie campaign. Tomahawk Nation, SB Nation’s Florida State subsidiary, pegs Blackman as a high-ceiling quarterback with a sound arm and a bright future, but one who must learn the offense on the fly.

Blackman’s top targets are juniors Auden Tate and Nyqwan Murray. Tate has racked up 374 yards and five touchdowns for the Seminoles this season, while Murray, an Orlando product, has accumulated 275 yards and one touchdown thus far. Tight end Ryan Izzo is another weapon at Blackman’s disposal. The 6-foot-5, 245-pound junior has averaged 15 yards per reception on the season.

On the ground, the Seminoles are reeling following an injury to starting running back Jacques Patrick. Patrick, who had 434 rushing yards for Florida State, suffered a season-ending knee injury in the Seminoles’ loss to Louisville. Picking up most of the slack will be freshman Cam Akers, who has 454 and one touchdown thus far this season. Senior Ryan Green and sophomore Amir Rasul, who have combined for just 26 yards on seven attempts this year, will serve as Akers’ backups against BC.

Despite all of Florida State’s offensive troubles, Addazio still believes that this team is as strong as ever on defense.

“This was a team that was predicted to be a national championship caliber team early in the year, you can see why, on defense they’re extremely talented,” Addazio said. “Key players Derwin James, Ryan Burns, names that we’re all very familiar with. When you watch them on defense, nobody can really run the ball against them, stout, they’re athletic, this is a well-coached team”

Despite Addazio’s praise, FSU ranks 33rd in the nation in total defense and 49th in rushing defense, a far cry from national championship levels. Comparatively, Louisville, against whom A.J. Dillon rushed for 272 yards, has allowed just 5 yards more per game than FSU.

The lackluster Seminoles’ defense is one BC will undoubtedly look to exploit. Do not be surprised if Dillon is once again pushing triple-digit yardage on the ground.

As for BC’s passing game, Brown can build off of last week by sticking to his strengths and exploiting Florida State’s meager passing defense. The Noles are ranked 77th in the nation in overall passing defense, allowing over 200 yards per game through the air.

A nationally-televised home game under the lights on a Friday night should also give BC a tremendous home field advantage.

“Obviously, our hope is that we’ll have a big crowd here and it will be a really exciting, loud night here in Chestnut Hill,” Addazio said.

In a season that has taken what we knew to be conventional college football wisdom and thrown it by the wayside, an Eagles’ win Friday night would only thicken this plot. With both momentum and statistics on their side, this primetime bout with a formidable opponent seems as winnable as ever for BC.