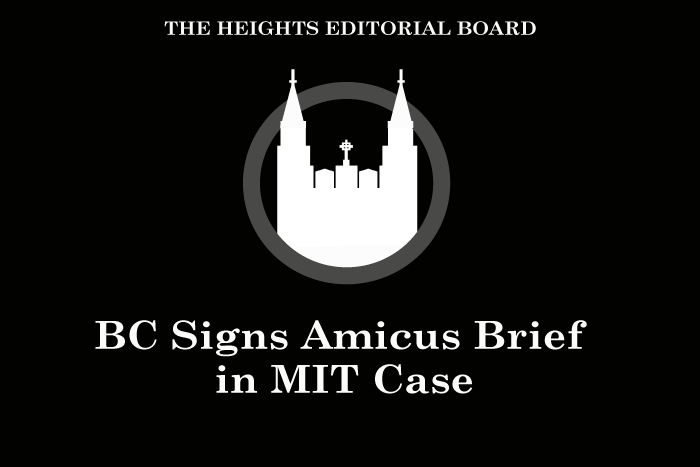 Boston College, along with 17 other Massachusetts colleges and universities, signed onto an amicus brief in support of the Massachusetts Institute for Technology’s defense in a case involving the death of Han Nguyen, a former MIT student who committed suicide eight years ago. Nguyen’s parents are suing MIT for negligence in their son’s death.

A decision in the case, which was argued in front of the Massachusetts Supreme Judicial Court on Tuesday, could set a legal precedent for university employees to take on a much greater responsibility for the mental health of students, including those that are not necessarily trained to address such issues.

Professors and other university faculty and staff would be required to pass judgment on the mental health of their students. In the brief, the signees argue that setting such a precedent would require these employees to make judgments they are not qualified to make.

“If this Court imposes the duty Plaintiff seeks to impose, non-clinician employees will be duty-bound to make uninformed, untrained, and unlicensed subjective determinations not only as to whether a student is at risk, but also as to the extent of the risk that the student will harm herself,” the brief says.

While it is important for professors to consider the mental health of their students, they should not bear similar responsibility for students’ mental health as trained psychiatric professionals. Professors and other university staff who frequently interact with students, such as Residential Life employees, should be aware of the counseling resources that their school offers in order to refer a student who comes to them with a problem. They should not, however, be expected to pass judgment and assess a student’s mental state as a trained professional would.

Setting such a precedent might also cause professors and other non-clinical employees to overreact in certain situations, and would also distract them from other responsibilities such as teaching and research. Furthermore, the brief argues that students may be less likely to come forward with mental health issues “if they witness employees erring on the side of caution and taking the most restrictive options available to them.”

It is no secret that elite universities such as BC and MIT are high-stress environments. Students, faculty, and other members of university communities must be actively aware of this culture and seek to mitigate its sometimes harmful effects. To hold non-clinical employees legally liable for the mental health of students, however, is to extend their responsibilities beyond their qualifications, and such a precedent could potentially cause more problems than it would solve.

MIT mental health bc
What Are Your Feelings Towards the Temperature Drop?
Both Basketball Squads Offer Optimism Moving Forward