Ritter spoke of the importance of the local and state governments in pursuing clean energy policies and the bipartisan efforts that are sometimes much less polarized than on the federal level.

Tara Pisani Gareau, the associate director of the Environmental Studies Program and a professor in the Earth and Environmental Sciences Department, introduced Ritter. Gareau spoke of Ritter’s impressive record on passing clean energy legislation in Colorado, a politically and ideologically diverse state.

While in office from 2007 to 2011, Ritter had signed 57 clean energy bills, despite Colorado being a state that ranks highly for natural resources extraction in the nation.

In 2016, Ritter wrote Powering Forward: What Everyone Should Know About America’s Energy Revolution, in which he used his experience in order to assess the current situation and also the future in regards to clean energy solutions.

Ritter at first talked about his background and his eventual involvement in politics. A Colorado State University graduate, he went on to University of Colorado, Boulder Law School and soon after worked as a deputy in Denver district attorney’s office. In 1993, Ritter was appointed as Denver’s District Attorney, a position he held for 12 years.

Apart from his career in law, Ritter and his wife went to work as Catholic missionaries in Zambia, where they ran a nutrition center.

Ritter discussed his decision to run for governor and how he did not have a lot of experience with developing and enacting energy policy. When he came into office in 2007, however, he was one of the first state governors to put a climate advisor in the governor’s office.

“We had all this potential for wind energy, for solar energy, and there were so many barriers to developing [clean energy], that we set about trying to knock down barriers,” Ritter said.

Ritter then described some of his successes as Colorado’s governor. He mentioned how the prices for wind and solar energy fell dramatically and were actually lower than the prices for coal.

“In the process, we also created more jobs in the clean energy economy than the fossil fuel economy, particularly the coal economy in Colorado,” Ritter said.

Ritter currently works works with states and municipalities on developing such policies at Colorado State University.

Ritter also spoke about a few historical developments and the roles of local, state, and federal governments in shaping energy policy.

He discussed how the 2010 midterm elections were bent around the issue of clean energy, and there was not much being done on both the federal and state levels. In Ritter’s view, many were dissatisfied with President Obama’s first term record on addressing climate change. And in the 2012 elections, climate change was not mentioned at all in any of the debates, according to Ritter. After 2012, however, Obama took clean energy to the forefront of his agenda.

Ritter proceeded to talk about the U.S. federalist system and how it applies to the topic of energy policy. Ritter believes that there is less partisanship on the local and state levels.

Ritter then turned to talk about President Donald Trump and his decision to pull out of the Paris Climate Accord. As of today, the U.S. is the only nation in the world that is opposed to the agreement.

Contrary to Obama, who made calls to get leaders in Asia on board with the climate agreement, Trump’s administration is mostly showing hostility toward climate-related issues.

Ritter also mentioned a very recent national climate science assessment that was put out by Trump administration without any edits, perhaps to the surprise of many in the scientific community.

On a more hopeful note, Ritter cited the statistic that emissions are declining in the U.S., and energy consumption is no longer explicitly linked to GDP growth. The good news also lays in bipartisan support, since governors are willing to support clean energy bills for various reasons—sometimes not necessarily because of climate change, but more so due to business opportunities and public health concerns.

Ritter thinks that other states could emulate what Colorado has been successfully doing in regards to energy policy. He thinks states should enact policy that gets the energy market moving and try to think about financing, so that the market boom encompasses various sectors of the economy.

On the federal level, Ritter thinks the focus should be on three things: research and development funding, a carbon tax, and clean power plants.

He stressed the importance of R&D dollars, which have helped provide solutions to problems on a global scale throughout history.

Ritter also said that from an economic perspective, he believes there should be a tax on carbon since negative externalities should be taxed.

Ritter offered his thoughts on the Secure American Energy Act, which was recently introduced in Congress. Although he sees some virtues in it, Ritter thinks the bill would not be doing enough to involve federal money to finance new infrastructure.

“Our grid is archaic, and it’s inefficient,” Ritter said. “We can make our energy future more secure by thinking about how we modernize the grid and thinking about what the role of the states is in conjunction with the federal government.” 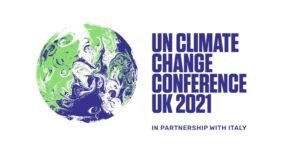 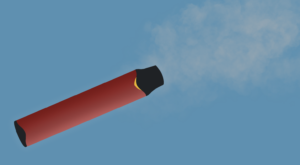