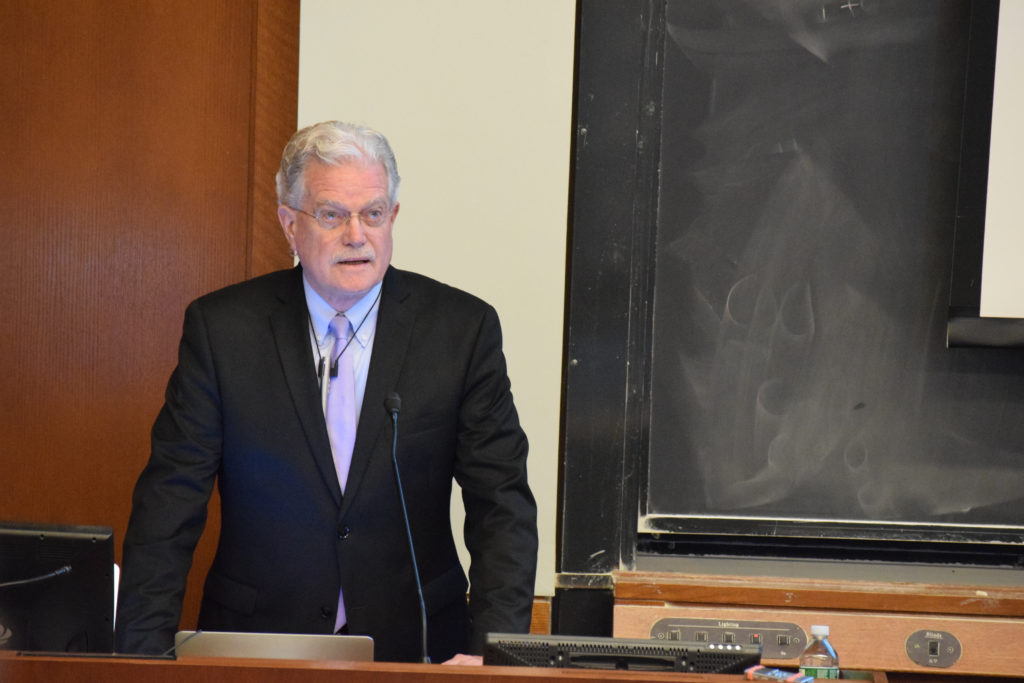 Bruce Cumings, a history professor at the University of Chicago, addressed a tightly packed audience in Devlin 008 on Wednesday about what he considers to be the most serious crisis the world faces today: North Korea.

In a lecture titled, “The Sources of North Korean Conflict,” Cumings outlined the complex history of United States and North Korean relations. Cumings told students that in order to resolve relations, people need to figure out what makes North Korea “tick,” to discover why they do what they do.

Cumings argued that in many ways, North Korea shares characteristics with the late USSR, and cited the famous article “The Sources of Soviet Conduct” by George Kennan as evidence.

“Understanding the rise and subsequent collapse of the USSR is essential to understanding North Korea,” Cumings said.

However, a notable difference between North Korea and the USSR is expansion. With the exception of Japan, North Korea does not seek to expand beyond the Korean peninsula, Cumings said, but instead pursues policies of isolationism and exclusionism.

“Anyone who talks about conquering North Korea, waiting for it to collapse, or decapitating its leadership will have to reckon with its army,” Cumings said. “To defeat North Korea would be an endeavor that the U.S. has not amounted to since WWII.”

While there has been no major conflict between the U.S. and North Korea since the Korean War ended in 1953, there is currently an armada of power up against North Korea waiting to strike, he said.

Cumings characterized the border between North and South Korea as “the most tense border on the planet today,” adding that the common maxim among troops is “ready to fight tonight.”

This tension directly contributes to public unease in regards to U.S. and North Korean relations, and Cumings said that the media does not help in easing the public’s fear.

“Do not believe most of what you hear, they are mostly just scare stories” he said.

Cumings criticized the media for its “caricature-esque” portrayal of North Korea and encourage the public to pursue alternative sources for information on the conflict. This is because, in moments of crises, the media will take any bad story about North Korea and run with it, regardless of veracity, he said.

In order to reach a complex understanding of relations between the U.S. and North Korea, Cumings said that the U.S. needs to see through the media’s portrayal of the country.

When asked how to go about restoring U.S. relations with North Korea, Cumings said that diplomacy must change. He criticized the current militant and antagonistic strategies of the Trump administration, calling them acts of absurdity.

“We need to start giving out carrots as well as sticks,” Cumings said. 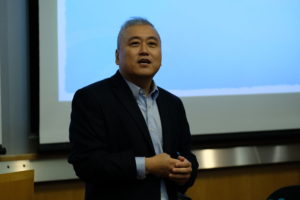