A rebooted restaurant in the heart of Newton Centre revives a Florentine flair, bringing a taste of Italy to the eager residents and students of the Boston area. Situated across the street from a lush park, Cupola, an upscale, Italian casual food restaurant, unifies the concepts of traditional and modern in both its atmosphere and cuisine.

“We love making people happy, and the main reason that I wanted to go into the restaurant business was to create an upscale restaurant at a very reasonable price without abandoning the concept of being family-oriented,” said owner Carlos Trujillo.

Trujillo named the restaurant after the pinnacle of any dome, a cupola. This name appealed to Trujillo, as the ambiance of the restaurant is modeled after Florence, where the famous and grandiose Duomo di Firenze is nestled.

A mural of Florence covers the entire entry wall. The lively scene completes Cupola, adding to the atmosphere and making the customer feel that they are enjoying a delectable Florentine meal in the streets of Trujillo’s muse. Large shelves opposite of the mural display a vast amount of merchandise, showcasing different pastas that are used to make the delicious plates at Cupola.

A replica of a Florentine roof juts out of one wall, giving Cupola a feel of authenticity with its deep, rich red terracotta tiles. Trujillo added that one of the men that works at Cupola is from Florence, one of his favorite cities.

An entrepreneur for many years, Trujillo has always fostered a fondness for the restaurant industry, since he loves the tradition that is ingrained with every type of cuisine. He has an affinity for the history and richness of Italian cuisine. Although he is from Venezuela, his maternal grandparents were Italian, so he was exposed to the food as a boy. He enthusiastically commented that he also has a love for music, considering himself a musician.

After shuttering his original venture, Bottega Fiorentini, Trujillo repurposed the location and opened Cupola on Nov. 1 to an enthusiastic response. Trujillo explained that he decided to remain in Newton Centre as it attracts customers from both the West Metro and Boston areas. Trujillo has hopes of expansion for the restaurant, as he would like to create a chain, offering exposure to a larger number of people.

Cupola has a special promotion, attracting flocks of students and local workers in need of a lunch break to its doors each day. Every day of the week, Cupola offers a pasta special for $4.99. This special, the food, and the unique and exciting ambiance draw customers from a variety of groups including local students, families with young children, professionals, and older couples that live in the surrounding area.

“I am trying to push a couple new dishes,” Trujillo said. “People, thus far, are loving the pizza. I encourage people to try these unique facets of our restaurant.”

The restaurant offers a vast amount of choices that might attract students, from pizza to sandwiches. Cupola partnered with UberEATS to deliver within a five-mile radius, including Boston College.

For Cupola, Trujillo crafted an innovative burger named the Firenze burger, made in a rectangular shape and surrounded by rustic Italian bread. The onions, crunchy lettuce, juicy tomatoes, and the secret white sauce create an interesting and palatable flavor profile. The customer has a choice of adding either fresh mozzarella or provolone to complete this masterpiece.

The delightful Firenze pizza is topped with sliced tomatoes, fresh mozzarella, and basil. The tomatoes add both a pop of juicy flavor and a striking red to this dish. The personal pizza is composed of cooked pizza dough that is fluffy and crunchy, and the melted fresh mozzarella tops this dish, completing a flavorful meal with this chewy and smooth addition.

The unique Cupola fries add a crispy and crunchy element to a dish, consisting of deep-fried fettuccini. As a replacement for French fries, these sides add a delicious addition to any menu item, with a perfected texture and evident taste of pasta.

Trujillo discovered through experience with local customers that they want the capability to customize their dishes.Therefore, Cupola offers a choice of 18 sauces that customers can choose to add to their pasta. A few of these choices include pesto, a mixture of basil, pine nuts, extra virgin olive oil and cheese; alfredo, a combination of butter, cheese, cream, and peppers; and Michelangelo, a delicious creation of tomatoes, basil, and fresh mozzarella.

“I want to show Boston what real Florentine cuisine and traditions are, but at the same time, I want to be able to sell crowd-pleasers such as our innovations such as the Cupola fries and Firenze burger that are not typical dishes from Florence,” Trujillo said.

newton centre cupola
BC Students and Hundreds of Others Attend ‘Fight Supremacy 2.0’
Arriving at the Circle’s End 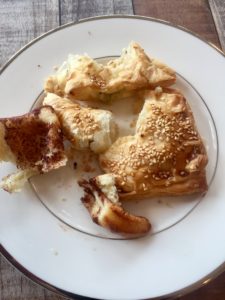