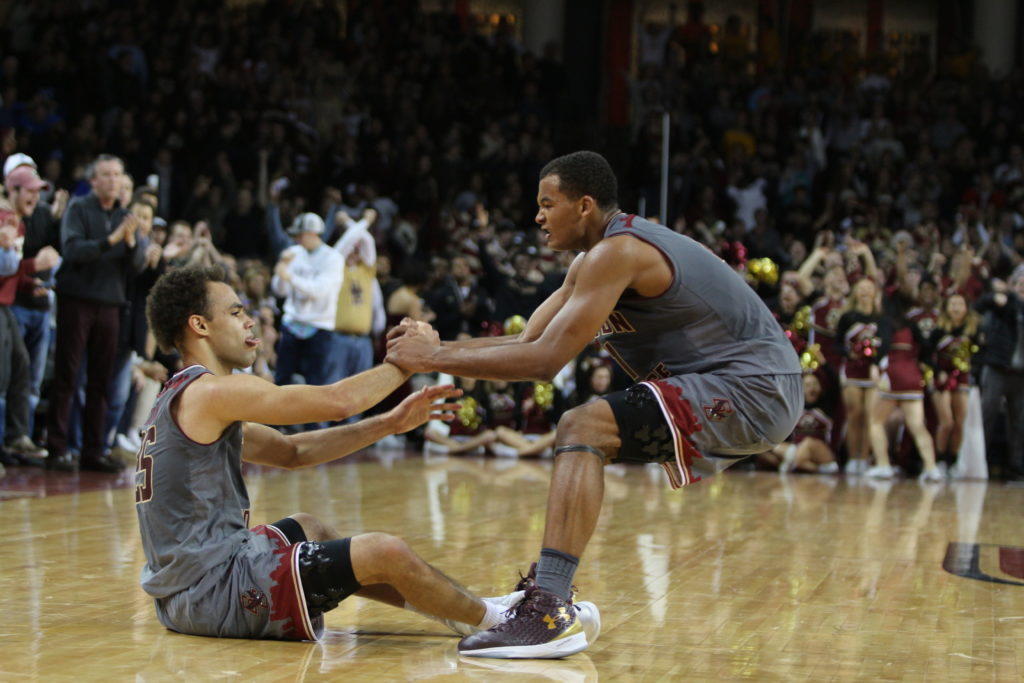 Three days removed from knocking off No. 1 Duke, Boston College men’s basketball returns to action against an Ivy League foe in Columbia on Tuesday night. The Lions (1-9) enter on an eight-game skid, struggling to find any success, and will face an Eagles (7-3) team that had their most complete performance of the season over the weekend.

The game will be broadcasted on ACC Network Extra and live streamed on WatchESPN.

2) Ky Bowman claimed his third ACC weekly honor this past week, winning Player of the Week after an impressive 30-10-9 performance, all of which were season highs.

3) BC had a trio of scorers with 20-plus points against Duke, the first time that’s happened since 2007 against Florida State. Bowman (30), Jerome Robinson (24), and Jordan Chatman (22) replicated a feat previously accomplished by Tyrese Rice, Jared Dudley, and Sean Marshall.

1) The Lions have lost eight-straight games, but only by an average margin of 6.9 points per game. Their last win came in their second game of the season, beating Longwood by 10.

2) Columbia ranks outside the top 200 in defensive efficiency, conceding 107 points per 100 possessions against the average opponent. In particular, the Lions struggle on the offensive boards (320th in second-chance points allowed).

3) The Lions have a diverse scoring attack, with 10 different players recording double figures this season. Only eight other teams have had more reach that mark.

This is just the second meeting all-time between these two programs. The Eagles took the only other matchup, 57-53, in the Cotton States Insurance Classic back in December of 1982.

It plays anywhere close to the level it did against Duke, as this game could quickly turn into a blowout. The Eagles crashed the boards, scored on an array of set cutting plays, and were lights out from beyond the arc. If Bowman stays hot and either one of Robinson or Chatman are hitting their shots, Columbia won’t have the high-profile scorers to keep up.

The law of averages comes into effect. The Eagles shot 50 percent from the field and hit a season-high in 3-pointers to beat Duke, so it’s likely they’ll come back down to earth—at least a little bit. Granted, BC won’t need every weapon to beat a one-win Columbia team, but if it goes cold, the Lions offense could make things interesting. Columbia is entering Tuesday averaging 73 points per game and is 0-5 in games decided by less than 10 points, so this could be the one where the Lions finally break through.