Home » Whose Truth Can You Believe in ‘I, Tonya’?
Arts, Movies, Review

Whose Truth Can You Believe in ‘I, Tonya’?

As she completes her exit interview of I, Tonya’s final act, showing her legendary triple axel juxtaposed against her literal fall from grace, Tonya Harding (Margot Robbie) voices over one line that sums up the film.

“There’s no such thing as truth. Everyone has their own truth.”

It’s interesting that this same line opens the trailer of I, Tonya, directed by Craig Gillespie (Lars and the Real Girl, Million Dollar Arm). As you decide whether to watch I, Tonya, its cast and crew want you to ask yourself: How much of this are you going to believe?

The film details the life of Harding, the American figure skater who rose from unprivileged beginnings while raised by an abusive mother, LaVona (Allison Janney), and a rough young adulthood married to an even more abusive husband, Jeff Gillooly (Sebastian Stan), to become, at one point, the best in the world. But after finishing fourth at the 1992 Albertville Olympics, one spot behind U.S. teammate Nancy Kerrigan (Caitlin Carver), Tonya’s life goes into a tailspin. It culminates in the fateful—and internationally infamous—attack on Kerrigan prior to the 1994 U.S. Figure Skating Championships, orchestrated by Jeff, friend Shawn Eckhardt (Paul Walter Hauser), and, allegedly, Tonya. The attack leads to America’s original 24-hour media circus, and the drastic and bitter end of Tonya’s career.

The thing is, I, Tonya can provide us no answers to what actually happened. To some extent, that’s kind of the point.

Through the film’s documentary-style structure, Robbie portrays Harding in the same way as she’s always been perceived, both in the media contemporaneously; in ESPN’s 30 for 30 installment on Harding, The Price of Gold; and in her autobiography, The Tonya Tapes. She is the perfect unreliable narrator. Whether or not that is her fault, I, Tonya wants you to be the judge.

Gillespie and screenwriter Steven Rogers (Stepmom, P.S. I Love You) focus not on the climax moment of Tonya’s life, but rather on her upbringing. The two go into painstaking detail to cover every point that may have led to why Tonya is the way she is. This includes her father leaving her at a young age, every time Jeff and LaVona hit her, or how figure skating judges deny her the scores she deserves because, while technically sound, the poor Harding who has to make her own costumes just doesn’t have “the look.” Robbie and Stan expertly portray characters on the opposite end of the spectrum—her as a woman caught in the cycle of abuse, and him as the sociopath keeping her there while denying his own role.

But I, Tonya leaves you unconvinced as to why she gets entangled in this mess when, supposedly, her talent should be enough.

This questioning puts the audience in a precarious position. You want to scream at Tonya for wanting him despite his abuse, because you know the ending. You find it hard to feel sorry for her when her life goes to hell, because her previous actions shouldn’t determine that she (allegedly) helps plan Nancy’s assault. But at the same time, the contrasting scenes of her terrible early life make you feel like you’re blaming the victim, even as her moral shortcomings and her unrelenting “I didn’t do anything wrong” attitude make you feel unsympathetic.

The problem is that Tonya, like LaVona and Jeff, can never blame herself. The real Tonya Harding assisted in helping shape the film’s screenplay, so her unreliable narration tinges its edges. The film hints that she knew about the attack on Kerrigan, but it also makes you believe that she never wanted anything to do with it, and that she should be innocent. It places much of the blame on Shawn and almost completely villainizes him by changing one key detail of the truth. While Tonya, Jeff, and others can all proclaim their innocence in both the fake documentary style (and in real life), Shawn Eckhardt, who died in 2007, cannot. A part of that feels immoral, even in a biopic that never promises to be totally biographical.

From a technical standpoint, the film is a masterpiece. The costumes are perfectly in-line with the period, from the sequined patterns on the ice to the turtlenecks in the diners. Robbie learned much of the figure skating herself. As for the triple axel, well, only six women have ever successfully done it in competition, and the ones who are young enough to do so now have the Pyeongchang Olympics in a few weeks—a minor IMDb credit isn’t worth it when gold is on the line. But Gillespie takes you on a roller coaster-like experience through Robbie’s own stunts and CGI, making the skating scenes exhilarating. The shots of each fighting sequence also heighten the drama of this black comedy—however, their positioning with snide comments from Robbie and cuts into the “interview,” as well as the primarily hard rock-upbeat soundtrack based out of ’70s and ’80s rock, can come off as unsettling (and even insensitive) especially given Hollywood’s real-life problems with mistreatment of women.

But, like Tonya herself proved, being technically good isn’t always good enough. A story that received so much national attention, even 20 years now removed, comes down to a desire for the facts. And if you wanted the true story of what actually went down with Tonya Harding, I, Tonya forces you to continue to wonder if anyone—even Tonya herself—actually knows. 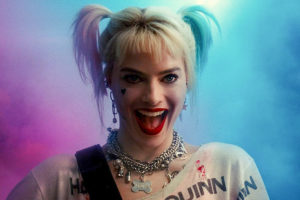 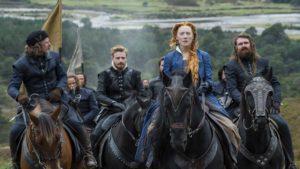