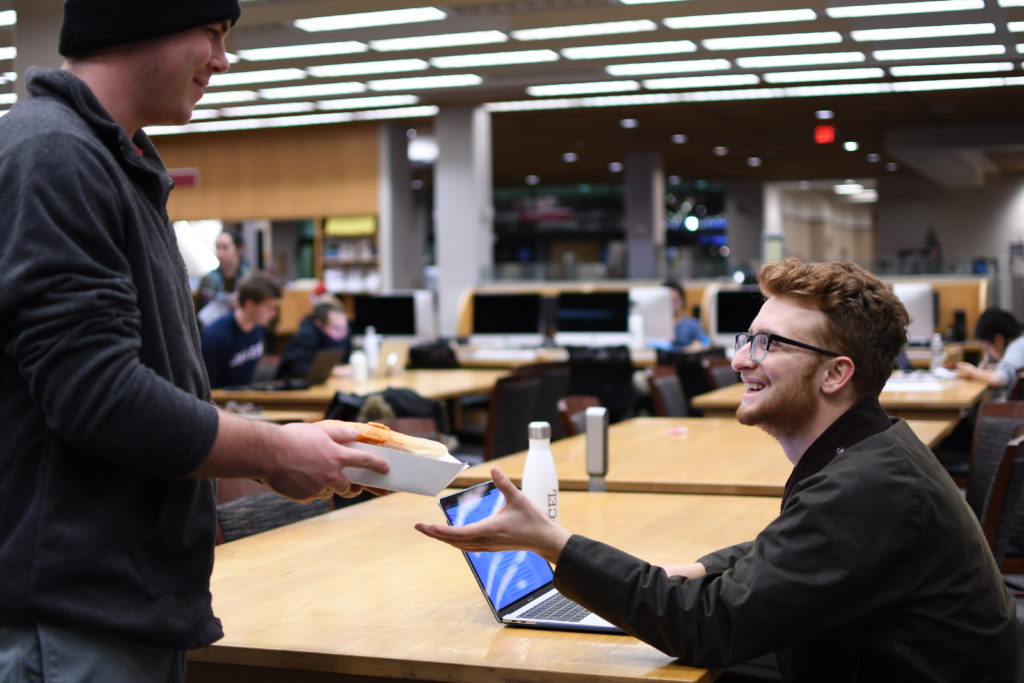 In the past, Boston College students have been able to place orders for pickup at Hillside Café using the GET Mobile app. But starting next week, they will also be able to use the app to have food delivered to them from Hillside to any residence hall on main campus, the libraries, and the academic buildings by fellow students.

The delivery services will act as the test run for BC GET, a company founded by JB Bruggeman, CSOM ’19. Since the delivery program is initially only operating out of Hillside, payment will be accepted from students’ Dining Bucks or Flex Dining Plans.

According to Bruggeman, one of his main goals with this business is to offer students jobs on campus. GET is currently looking for student deliverers, he said, and interested students should email [email protected]

Students working for the delivery program will be able to sign up for time shifts based on when they would like to work, and wages will depend on the number of orders they deliver during their shift. Bruggeman said, however, that one of his goals for the company is to pay everyone above minimum wage.

Another one of his goals is to offer BC students practical experience in learning how to manage and run an operating business.

“That is something I personally think is very important … for BC, and I’m very excited to be able to offer an opportunity for people who are looking for tangible work experience,” he said.

Bruggeman started thinking of the idea for his startup the summer after his freshman year. Whenever he had DoorDash delivered to his house, he would ask himself why BC didn’t have a similar service.

The idea for the venture came into Bruggeman’s head one night sophomore year when he and his roommates were sitting in their room, unmotivated to get food from the dining hall. Bruggeman realized that if he and his roommates wanted food delivered to them, other students probably did as well. This inspired him to create his own website, KartBC.com, which has since changed its name to BC GET.

With Kart, students would place an order, and Bruggeman and his five roommates would send someone among them to deliver the food. The program became very successful‒to the point where the six of them couldn’t keep running it on their own.

“At Lower … one time I waited 45 minutes in one of those lines for a steak and cheese sandwich during the dinner rush,” Bruggeman said. “I was like, ‘I can’t keep doing that.’”

During this time, Bruggeman also thought of the idea to give students the option to pay the delivery fee in BC Dining Bucks instead of cash.

“Between how inefficient it was in lines and paying for the food, and the fact that we were using cash, we felt like even though we were very successful, and we were growing every single week … that there was something we were missing,” he said.

Kart went to BC Dining with their idea for a food delivery program, which they knew students would want to use both for jobs and for avoiding the dinner rush. Bruggeman has since been working with BC Dining and various other BC departments to put the program into place.

Along the way, the company was involved in the 2017 Shea Center Venture Competition—it placed among the top 10 finalists—and the Shea Center Elevator Pitch Competition, where it won crowd favorite.

Although it is not guaranteed, Bruggeman stated that the plan is for the delivery program to be implemented in every dining hall soon.

“There’s a new opportunity on campus, and you can make money from it, you can get experience from it, and if you don’t even want to do those two things, you don’t have to leave your room, and food’s coming to you,” he said.

Featured Image by BC GET 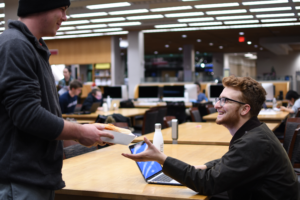 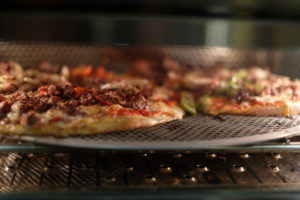