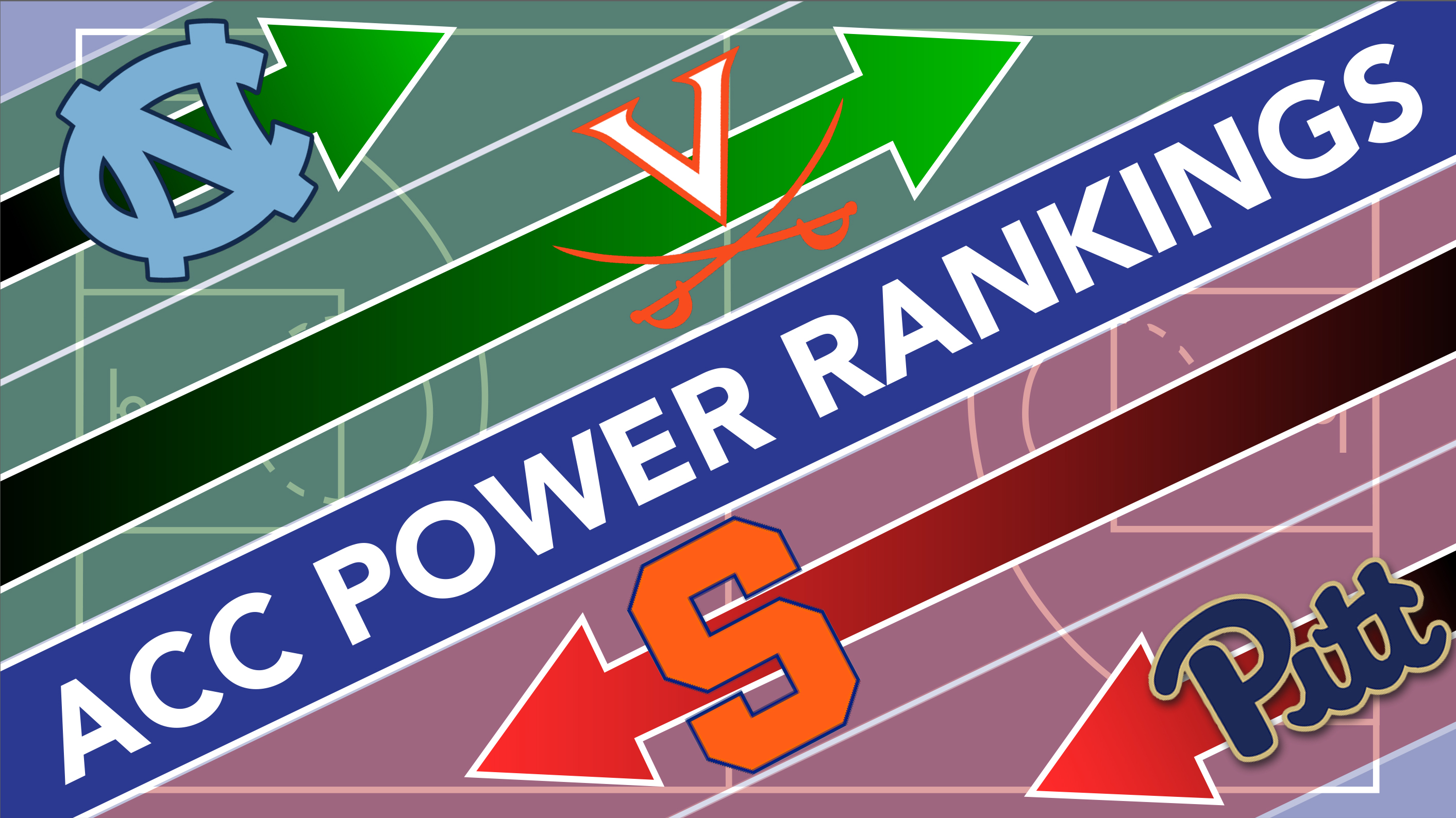 Editor’s Note: Each week, we will release our ACC power rankings. Rather than standings, power rankings take into account the big picture—not only a team’s record, but its overall talent and week-by-week performance.

Ah, power rankings. The inevitable outcry and madness they create makes them worthwhile, and in a league like the Atlantic Coast Conference—where anybody can seemingly beat anybody on their home court—it’s tough yet fun to rank.

So, with most teams having played six games in conference play, here’s the first edition of The Heights’s ACC basketball power rankings.

Winners of eight straight, UVA has established itself as the team to beat in the ACC. Since losing to then-No. 18 West Virginia, the Cavaliers bounced back to hold North Carolina to just 29.9 percent shooting in a 12-point win. They play at the slowest pace in the country while leading the nation in defensive efficiency.

The Blue Devils have been upset twice on the road in ACC play, but have overpowered opponents on the offensive end of the floor and are dangerous, despite being dysfunctional. As ESPN’s Andrea Adelson wrote after Duke rallied to beat Miami, it’s “a team perfectly capable of winning a national championship off its superior talent alone.” Defensive struggles aside, the Blue Devils are still the second in the country in offensive efficiency, rank first in RPI, sixth in schedule strength, and 5-0 against RPI Top-50 teams.

Since losing back-to-back games to Florida State and UVA, the Tar Heels have won three straight. One of the victories, though, was by a one-point margin over a Notre Dame team playing without injured starters Bonzie Colson and Matt Farrell. UNC rebounded against a tough foe in Clemson, building a lead as large as 18 at home en route to preserve an undefeated 59-0 record against the Tigers at home.

Clemson has impressed this season on the strength of a tenacious defensive team. The loss on the road to UNC was its first in six chances against a RPI Top-50 team, having already claimed wins over Louisville, Miami, Ohio State, Florida, and South Carolina. The Tigers faltered defensively in losses last week to the Tar Heels and North Carolina State, but still rank 15th in defensive efficiency and have a strong inside presence.

Miami dropped games to Duke and Clemson, two teams it hung with but couldn’t quite finish the job against. The Hurricanes are a dangerous team with one of the top scoring defenses in the country—sixth in defensive efficiency and ninth in points allowed. They have an easier conference schedule coming up, so they’ve got the potential to climb.

The Cardinals have rattled off three-consecutive wins after a five-point loss to Clemson—including a double-overtime victory on the road in South Bend. Louisville, mired in scandal, has bounced back entering the brunt of its ACC schedule. Ranked 13th in defensive efficiency, the Cardinals have size inside that’s tough to contend with over an entire 40 minutes.

First, they lost All-American forward Bonzie Colson. Next, point guard Matt Farrell missed a few games. That was followed by the announcement that guard D.J. Harvey is expected to miss four weeks with a bone bruise in his left knee. Still, the Irish keep trucking along—they’ve lost three straight, but by a combined 12 points. Colson is heavily missed, and Harvey will be too (fifth on the team in usage rate), but Notre Dame is still a team to contend with in the ACC.

The surprise of the ACC: the Eagles lost graduate transfer Teddy Hawkins to injury, but responded by going 8-3. Jerome Robinson is scoring at will in the conference, Ky Bowman has evolved from a pure scorer into an all-around player, while Jordan Chatman and Nik Popovic have both had their fair share of impressive games. After beating FSU, the Eagles will have a chance to keep ascending when they travel to Louisville and Syracuse.

A few weeks ago, FSU was entering conference play with an impressive 11-1 record that included a win over then-No. 5 Florida. The Seminoles have fallen out of the rankings since then, however, dropping five of their last seven. FSU has tremendous potential with a group of fast guards and capable big men down low—this was evident in an upset win over UNC. But it has struggled as of late and need to turn things around. Now may be a good time: the Seminoles play two of their next three games at home.

A back-and-forth year continues to unfold for the Yellow Jackets—one that can be divided up into three parts. They started 4-1, but followed with a disappointing stretch that included huge upset losses to Grambling State and Wofford. GT has responded well, going 3-1 in conference play with a pair of wins over Notre Dame and an unexpected victory against Miami. Time will tell which team the Yellow Jackets really are, but recent signs point to future success.

The Orange have lost four of five, but still have shown they have room to grow. They only lost to UVA by seven and to Notre Dame by two. Head coach Jim Boeheim told the Associated Press that he was “encouraged by how close we came [in the losses]” and that Syracuse had work to do—it’s true. The Orange still have plenty of talent and a good defense, so this recent slide could be nothing more than a hiccup.

N.C. State has proven that its home court, PNC Arena, is no place to mess with. The Wolfpack knocked off ranked foes in Clemson and Duke at home, while going 0-3 in ACC games away from it. All three losses are justifiable, coming against Notre Dame, UVA, and Clemson. N.C. State is a tough out in the conference and definitely can’t be taken lightly.

The Hokies boast their usual offensive capability—ranking 16th in the nation in points per game (85.8), but have firmly entrenched themselves near the bottom of the conference. They’ve beaten Wake Forest and Pittsburgh, but can’t lock down opponents on the defensive side of the court to pull off wins. Virginia Tech ranks just inside the top-100 in defensive efficiency at 99.8, a mark well within the bottom third of the ACC.

The Demon Deacons closed non-conference play on a six-game winning streak, but have struggled as of late—they’ve dropped five of six.. Granted, the losses include matchups with Duke and UNC, but they also fell to VTech at home and snuck by Syracuse. Head coach Danny Manning has a lot of work to do with his squad, and they won’t get back on track easily with UVA and Duke coming up.

The only winless team in conference play, Pittsburgh has cleared 60 points just once in its last six tries. The Panthers haven’t lost by less than 14 in ACC matchups and have a particularly tough road game coming up when they head to Duke next week. Pittsburgh is 333rd in scoring and has a -5.4 scoring margin, and aren’t showing signs of improvement. 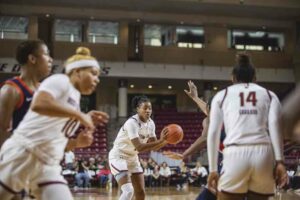