Camila Cabello’s departure from pop group Fifth Harmony was allegedly dramatic, but so is her debut album Camila—in the best way possible. The album delivers a vivacious blend of angst-ridden, lilting ballads interspersed with upbeat pop anthems and bursts of youthful energy and smooth vocals.

Cabello first entered the public eye as a member of girl group Fifth Harmony, which came in third place in the second season of The X-Factor US in 2012. Cabello began collaborating with other artists such as Machine Gun Kelly and Shawn Mendes, which helped her gain footing as a solo artist before her decision to leave Fifth Harmony in 2016. Cabello’s departure from the group was a seemingly unpopular choice among the other four members, leading to public speculation about the events that sparked her choice to work as a soloist. Cabello’s single “Havana” was well-received by the public and reached number one in several countries before Camila, her debut album, dropped last week.

The first song on the album, “Never Be the Same” compares a lover to drugs amid suspense-ridden electronic background music which explodes at each chorus. Lyrics, “Just like nicotine, heroin, morphine / Suddenly, I’m a fiend and you’re all I need” lead into the chorus which continues the addiction metaphor and features the line “Just one hit and you will know I’ll never ever be the same.”

This energetic start to the album segues perfectly into “All These Years” with a transition so smooth that you barely notice a new song is playing. This second song is more contemplative than the first. Rather than focusing on the addictive nature of new love, “All These Years” is about a lingering love that never quite goes away. The song is simple, short, and soft with an understated beauty complemented perfectly by melancholic vocals.

“She Loves Control,” which follows “All These Years,” is an anthem about a heartless woman who seeks control in her relationships. The background music is a concoction of suspense and electronic dance vibrations, making this a perfect dance-club beat.

“Havana” is the popular promotional single released by Cabello last August. Its position in the middle of the album is tasteful as the opening beats bathe the listener in a sense of familiarity. The iconic chorus line, “Half of my heart is in Havana” and Young Thug rap verse mesh perfectly with the rest of Cabello’s vocals.

The next song, “Inside Out” is an upbeat, lighthearted pop song, creating a dramatic but beautiful contrast in its transition to “Consequences” which follows with a sad opening piano melody. The first lyrics of the latter, “Dirty tissues, trust issues / Glasses on the sink, they didn’t fix you” solidify that this is a much more melancholic song than its predecessor. The chorus starts in a nostalgic manner with “Loving you was young, and wild, and free… Loving you was sunshine, safe and sound” and shows longing for a past love. The last line, however—“But loving you had consequences”—captures the complexity of wanting something but simultaneously knowing it is not in one’s best interests.

“Real Friends” is another familiar single which conveys the disappointing but universally relatable experience of realizing a friend isn’t as true as one had hoped. Fun, funky background music pops against more serious lyrics such as “Feel so alone in every crowded room” and “Place I’m livin in just doesn’t feel like home.”

“Something’s Gotta Give” comes next and poignantly features subject matter that’s relatable to anyone searching for something more than what’s currently present in their life. Sad piano overtones shroud lyrics such as, “I have never heard a silence quite so loud,” and “Something’s gotta give, something’s gotta break,” beautifully conveying quiet desperation with life as it is. The common human frustration of wanting something beyond what one is dealt is well depicted in this melancholy, reaching, and lovely ballad.

The album ends with “Into It” featuring typical electronic pop music, and the lyrics “Whatever trouble you’re thinking, I could get into it.” It’s wild, carefree, and fun — it ends the album with a happy, upbeat celebration of youth. 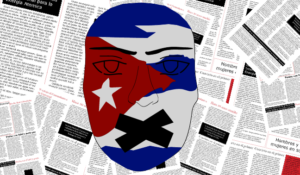 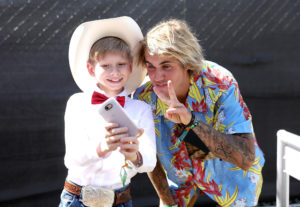