Ever since logging its first ACC win of the season, Boston College women’s basketball hasn’t been able to catch a break. Any sort of momentum the Eagles had came to a screeching halt when they dropped their next game to Virginia—a team that was undefeated in the ACC at the time. BC took an even bigger step backward when No. 2 Notre Dame dealt the Eagles a 29-point blowout loss. On Thursday, BC had a chance to get back in the win column against Clemson, but let a double-overtime game slip through its fingers. Desperate to find their footing, the Eagles (6-12, 1-4 Atlantic Coast) will face off against Miami (13-6, 3-3) on Sunday afternoon, looking for just their second win in the teams’ last 11 meetings.

1) The Eagles have dropped three-consecutive games—the last of which was a loss to Clemson, a team that BC had defeated in each of the past three seasons.

2) BC has struggled on the glass this season, as evidenced by its -3.8 rebound margin.

3) The Eagles currently rank sixth in the ACC in 3-point shooting, having shot 33.5 percent from beyond the arc so far this season. But, over the past four games, BC has taken its perimeter game up a notch, converting 39.6 percent of its long-range attempts.

1) Miami has, on average, outscored opponents by 8.6 points per game this year.

2) Often, the Hurricanes have cleaned up the glass, averaging 41.4 rebounds per game, good enough for fifth in the ACC.

3) Miami is tied with Duke for the conference lead in steals per game, as the Hurricanes are logging about 10.4 a game.

Last Meeting:
In late January of last year, the Hurricanes staved off a BC comeback to secure a 58-51 victory. After being outscored by 14 points in the opening half, the Eagles gave Miami a run for its money in the latter portion of play. But Mariella Fasoula, who led the team with 21 points, didn’t have much of a supporting cast—in fact, no one else reached double figures. Quite simply, the Eagles’ limited scoring attack wasn’t enough to bridge the gap.

If it can limit its turnovers and deliver from deep. In last year’s meeting, the Eagles coughed up the ball 34 times, essentially handing Miami a free 24 points. Due to its small stature, BC is best-suited to make its home behind the 3-point line. Just last week, the Eagles shot close to 50 percent from long range against none other than No. 2 Notre Dame. Another performance like that, and BC will likely keep this one competitive.

It doesn’t cut down on mental errors. Considering that Miami is favored in this matchup, the Eagles have a tough task ahead of them. They’ll need to execute and focus on the fundamentals, especially when it comes to ball security. Should BC turn the ball over excessively, become lazy on the glass, and fail to capitalize on open looks, it’ll be in for a day. 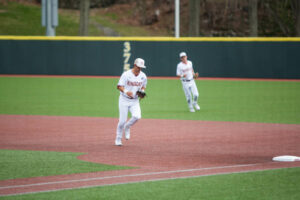