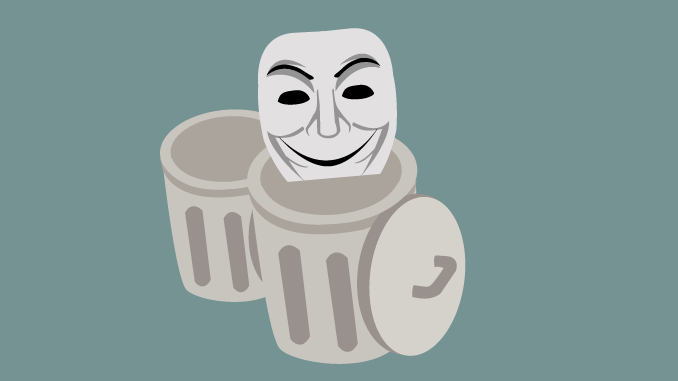 While attending the Racial Identity Development Experience retreat over the past weekend, I, alongside other BC students, participated in an “unmasking” activity that required us to write down all the misconceptions we have witnessed or become aware of concerning our own identities, or the identities of those who look like us. As a female South Asian student, the list seemed endless. Not surprisingly, the unfortunate ease with which I was able to recite each stereotype marked the reality of every other person in the room. On plastic masks we wrote every slur, label, microaggression, and encounter with bigotry that each of us had ever faced. Then we stood up in front of the group individually, presented our stories, and threw the masks in the trash, one by one.

Through this exercise I realized that I have been intentionally resisting the categorizations that an ignorant society has created for South Asian students, especially throughout my first year in college. Of course, I’ve never wanted to feel constrained by any image or ideal held by my peers or even my parents, but throughout high school, it appeared that the only choice I had was to fit my behavior into a confining, socially-constructed box.

The pressure of conforming to the “model minority” stereotype, for instance, manifested itself in my study habits. I retook the SAT, made sure to get straight A’s in my many AP classes, and applied to Ivies, not solely as a result of my own drive to overachieve, but partly because my whole family seemed to have done so in the past. When my cousin was accepted into Cornell and all of my Indian-American friends realistically aimed for top-20 universities, I was left feeling inadequate by my own academic performance and growing number of rejection letters, despite my list of accomplishments.

My parents only served to aggravate this burden by having standards that I constantly failed to meet. I wasn’t going to become a doctor or an engineer, simply because I’m not interested in pursuing those fields and have never cared too much about a salary. I wanted to spend more time with my friends and go to parties while in high school, but in all aspects of my life, my parents insisted on opposing the “American” culture and prioritizing my career. They just didn’t believe in taking a break, or in supporting distractions from the path that was apparently already laid out for me. All I had to do was follow it, without objection.

Fast forward to my first semester at BC, and I had a newfound independence that, at first, I struggled to manage. There were no parents, ignorant family members, or ironically misguided guidance counselors to sway my interests and urge me to make certain decisions based on an impractical idea of how an Indian should behave. Instead, I found myself overwhelmed by my options and empowered by seeing other students engaging in their work passionately, rather than forcibly.

So, I decided to take control of my future, and refused to accept the limitations others had determined for me. I declared a political science major, enrolled in classes that I actually found interesting, and received a research position with an international studies professor. I am learning to balance my schoolwork and my happiness, as opposed to being closed off to all opportunities and experiences that wouldn’t make it to my resume.

This meant going out late to parties and stressing over telling my parents that I have a boyfriend. Even though they dread the idea of me leaving my dorm after 10 p.m. and still deny the seriousness of my relationship with a boy, they have slowly been coming to terms with my search for my own sense of identity and have begun to accept, albeit reluctantly, the sometimes-irresponsible decisions I have made as part of this process.

I now understand that initially seeking to satisfy the opinions of others and attempting to compete with the achievements of my family only inhibited my potential to become the excited student that I want to be. I want to avoid personifying the outcome of a stereotype, and instead, am looking forward to messing up once in a while. I am not at all yet certain about my career path, and I intend to continue making mistakes and learning from them along the way. Importantly, I’ve learned to value forgetting about unreasonable social pressures and navigating the independence of college free from the fear of being incompetent. Not only do I reject the mask of expectations preventing me from being myself, I’ve finally thrown it away.