Devin Dawson entered the music scene in April of 2017 with the release of his largely successful first single, “All On Me.” It became widely popular, but to balance out its upbeat and optimistic sound, he later released “Dark Horse,” a darker and more emotional single that became the namesake of his debut album. A dark horse can be thought of as an underdog that climbs to the top and becomes prominent—a perfect image for Dawson as a songwriter. On Dark Horse, Dawson is either the primary writer or co-writer on every song, proving himself to be one of the greatest singer-songwriters in modern country music. His uniquely gritty and raw style sets him apart from traditional and generic songs played on the radio today, and his unorthodox sound is making strides in the ongoing debate of what kinds of music can be considered country.

A prime example of this creativity and uniqueness is on the first track of the album, “Dip.” This song might be the strangest, most unconventional one on the record, but it also illustrates some of the more pleasant and differing attributes of Dark Horse. The song starts off with a recording of Dawson walking into his house (or recording studio, changing room, etc.). The sounds are very clear so the listener can clearly visualize everything going on: the car driving up, keys fumbling to unlock the door, the door opening and closing, a person coughing, and then Dawson’s friends greeting him when he walks into the room. The music picks up from there: The song is noisy and musically incohesive, without a trace of twang, but it is most certainly unexpected and unique.

Following “Dip” is the album’s lead single, “All On Me.” The song is the polar opposite of “Dip,” with a phenomenally consistent rhythm that feels good to listen to. The song has little imperfections that make it real and different, such as a little pause when he sings, “When you’re mad—you can take it out on me.” Other interesting accents, pauses, and runs are sprinkled throughout the song. A key example of Dawson’s thoughtful songwriting comes in the chorus, when he sings “When it don’t add up, you can count on me.” This witty line is an exemplary representation of Dawson’s unique way with words. “All On Me” is undeniably the best song on the record—between the lyrics, rhythm, and production, this song competes with country’s best.

For a few songs in the middle of the record, Dawson’s fantastic writing abilities are still steady throughout, but aren’t displayed. Many of the songs following “All On Me,” such as “Secondhand Hurt,” “Second to Last,” and “Dark Horse” are fairly monotonous and slow. The lyrics are still well written, but the songs drag on so long that you can’t necessarily stay focused long enough to fully absorb them.

Scattered throughout these slower, ballad-like pieces were some absolute gems—“Symptoms,” for one, had a blues kind of sound but was individualized by loud and sudden percussion. The song is tinged with darkness, but the use of irregular drum beats gives the song an oscillating quality that makes it engrossing and captivating.

“Placebo” is undeniably a pop song. There is not a second of it that sounds like country. It is similar to “All On Me” because it has smooth runs during the chorus that make it a fun listen. A highlight of the song is in the pre-chorus, where Dawson writes, “The mind is a powerful thing / But the heart is a whole lot smarter than you think.” Clever rhymes like these set Dark Horse apart from other albums being released in today’s age, when lyrics tend to come second to special effects and an energetic beat.

After “Placebo” comes “War Paint,” which can easily be considered the worst song on the record. The lyrics don’t have the the depth, insight, or wittiness that usually comes with Dawson’s songwriting.

The last three songs on the record demonstrate some of Dawson’s best writing. “I Can’t Trust Myself” brings the whole package: emotional lyrics, impressive vocals, and a consistent beat. Even better than “Trust Myself” is the second-to-last song, “Prison.” The song has rock-like qualities, mostly because of its dependence on heavy guitar. The lyrics are dark and mysterious, but the speed picks up to create an inexplicably unique sound. Similar to the rest of the record, irregular and random percussion and changes in cadence mark “Prison” with their unconventionality.

Bringing up the rear, “Dark Horse” is one of the songs that is slow and easy to get lost in, yet the lyrics are spectacular. It’s a sad song about being an outsider on a quest to rise to the top containing thought-provoking lines such as “No, it ain’t that I’m self-conscious, I’m just conscious of myself.” This delightfully simple yet powerful lyric is repeated throughout the song, presumably written about Dawson himself. If he really thinks of himself as an outsider, as alluded to in the song, he won’t be for long. Dawson’s Dark Horse shows first-rate potential and is bound to generate plenty of country hits. 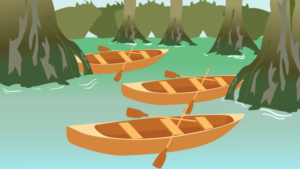