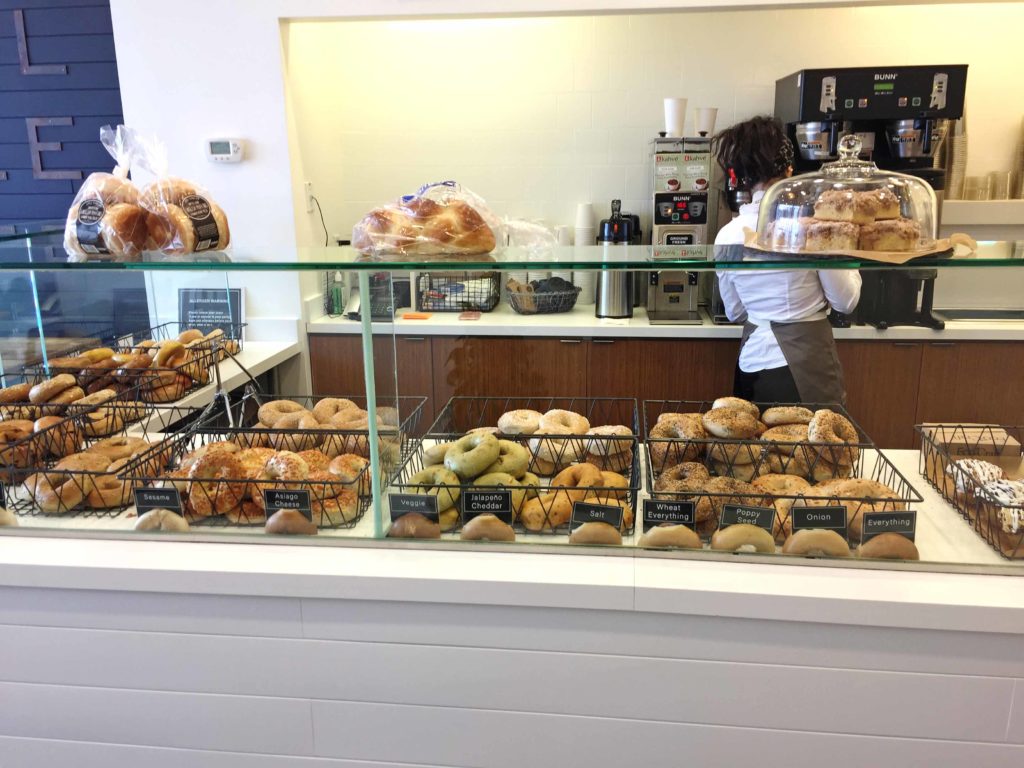 Back by popular demand, the bagel pop-up that left Chestnut Hill, Mass. residents mouths’ watering has returned for good, but this time with a new name. The Bagel Table opened its doors on the first day of spring semester classes and has been serving Boston College students and Newton residents ever since.

Located on The Street, Chestnut Hill’s open-air shopping strip, The Bagel Table first introduced customers to the irresistible bagels in 2015 when it operated for seven weeks as the pop-up OMG! Bagels. The pop-up was hugely successful and since then, OMG! Bagels has sold its bagels at farmers markets and restaurants throughout Boston and the MetroWest.

The pop-up was the first ever to grace The Street, and “almost as soon as we closed we were asked again and again by customers to come back permanently, but the timing was just never right,” said co-owner Ed Eglitis.

But when Rosie’s, a bakery that had served The Street more than 40 years, unexpectedly announced it was closing last November, the distributors of OMG! Bagels jumped on the opportunity and opened their first permanent store called The Bagel Table.

“We moved really fast and were able to convert the space in just six weeks from the old Rosie’s to the new Bagel Table,” Eglitis said.

The closing of Rosie’s Bakery came as a major shock to Newton residents, and Eglitis said that it was a priority for The Bagel Table to honor the sweet shop’s legacy.

“That’s why we added to the menu something called ‘Best of Rosie’s,’” he explained, “so customers don’t have to worry about missing Rosie’s signature desserts.”

The Bagel Table bakes Rosie’s cookies fresh all day long, and it will offer a continuous assortment of the bakery’s famous rugelach, bars, and cakes. But even Rosie’s most loyal customers won’t be able to resist the delicious bagels that The Bagel Table is known for.

“OMG! Bagels are true New York bagels,” Eglitis said. “[They’re] boiled and baked in the traditional way, in small batches. That’s what makes them so irresistible.”

The Bagel Table offers more than 14 signature flavors, ranging from traditional sesame to jalapeño sriracha cheddar. In addition to bagels and Rosie’s sweets, flakey croissants and buttery muffins are made fresh daily, and a wide variety of sandwiches and fish is also available.

In addition to the food, Eglitis also wants to highlight the interior decor of the store. “Everything, from the stools to the tables, has been repurposed or upcycled,” Eglitis said.

The tables are old shipping pallets from the Harbor, one bench is made from a tree that fell in Hopkinton, Mass., and another comes from an old house in Wellesley, Mass. These vintage materials from in and around Boston give the store a relaxing aesthetic, while at the same time pay tribute to the city’s rich history.

Although the store has been open for less than a month, Eglitis said that there are already clear customer favorites. The “Freddie from Chelsea” bagel sandwich, which combines freshly sliced lox with cream cheese, tomato, onions, and capers, has already become a bestseller.

For the customers who first tasted OMG! Bagels at the pop-up in 2015, Eglitis assures them that the “Chestnut Hill Bagel,” which is made out of Challah bread, is back on the menu.

“We are currently in the works of coming up with a bagel to honor BC,” added Eglitis. “I would love to take a suggestion or two, but I don’t want to make it a major contest or anything.” 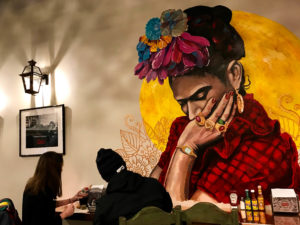