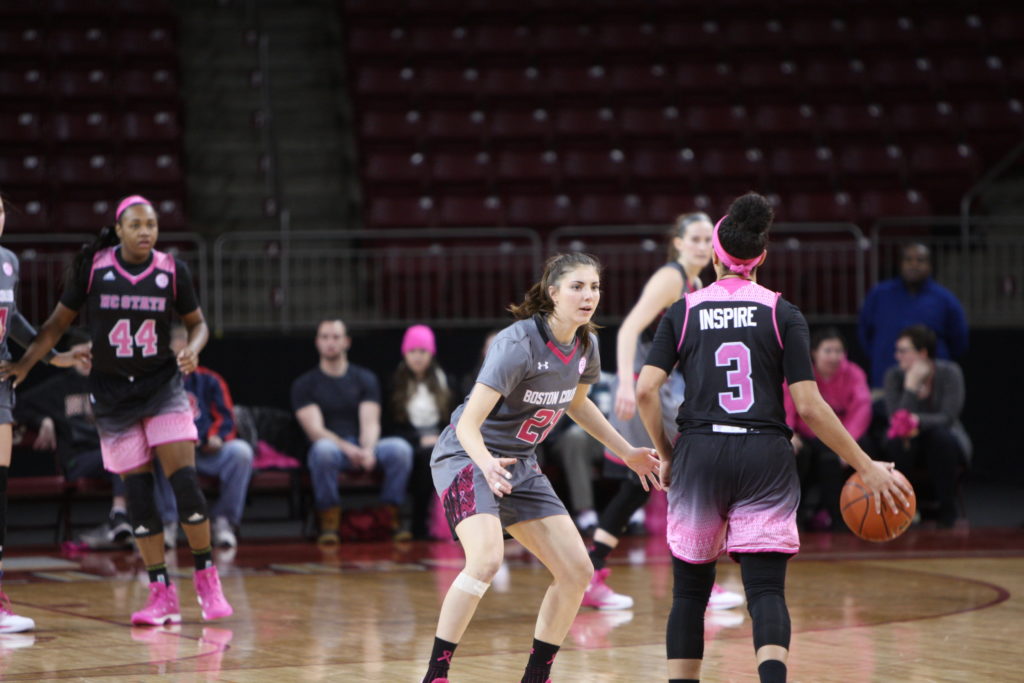 Boston College women’s basketball had a tough January. After winning their one and only ACC game of the season, the Eagles proceeded to drop their next seven, four of which were at home. BC is looking to start February on a better note, though, when it takes on North Carolina State on Sunday. All season, the Eagles (6-16, 1-8 Atlantic Coast) have struggled to find a way to win on the road, losing nine of their 10 games away from Conte Forum. If BC could pull off the upset at N.C. State (18-6, 7-3), it’d pick up its first ACC road victory in close to a year.

The game will be aired on ACC Network Extra and livestreamed on WatchESPN.

1)   The Eagles have lost seven-consecutive games. BC is used to tough losing streaks: Last year, the Eagles lost 10 games in a row midway through the season and five straight to close out the 2016-17 campaign.

2)   BC is ranked 290th in the nation for its offensive efforts, averaging just 59.2 points per game.

1)   The Wolfpack is seeking its seventh-consecutive ACC win this Sunday. This would be the first time since the 2000-01 season that the program has strung together that kind of win streak.

3)   The Wolfpack is 7-2 against the Eagles when playing at home.

BC and N.C. State faced off against one another just last season, when the Wolfpack easily handled the Eagles on the road. Mariella Fasoula’s 20-point, eight rebound game was not enough as BC dropped the contest, 70-58. BC had the lead going into the half, but N.C. State started the third quarter on a 7-0 run, and from there the Wolfpack dominated the rest of the way. It was not all negative for the Eagles, however. BC outrebounded N.C. State, 35-28, and Taylor Ortlepp posted 18 points and recorded a team-high six assists.

It doesn’t play disciplined basketball. N.C. State is 10-0 when shooting above 40 percent from the field this year. The Eagles need to be able to guard both the perimeter and paint well. BC also needs to be more efficient on the offensive end of the court. It can’t expect to win if it doesn’t put up more than 60 points. If the Eagles aren’t on their game, they’ll have no chance against N.C. State’s 25th-ranked defense.