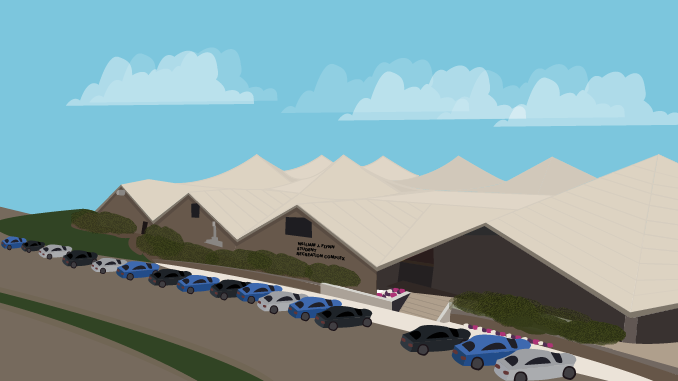 Making the Case for Off-Campus Exercise

I have a confession to make: I’ve been to the Plex maybe five times. And that’s if I’m being generous.

A portion of my absence from the oddly geometric sweat lodge that BC tries to pass off as a gym can be attributed to the fact that I am fundamentally not the type of person who derives pleasure from fending off more able-bodied competitors for the last functioning treadmill. However, a much larger factor is that I use my contempt for the Plex as an excuse to leave campus on at least a semi-regular basis.

The first time I journeyed to the Plex, I was still under the impression that it wouldn’t be as bad as everyone claimed it to be, and surely it has a much nicer interior than the exterior would have one believe. Even when those hopes were dashed, I still wasn’t fazed until I mounted the stairs to the cardio area and was hit with a heat wave that not even 120 degree summers growing up in Phoenix could prepare me for.

Not ready to throw in the towel quite yet, I hopped on the first available machine within my line of sight. If memory serves, it was an elliptical with a pleasant view of the chaotic mess of weightlifters below me. While running—is that even what one does on an elliptical?—I unsuccessfully tried to make sense of the mosaic of mats, weights, and machines I’d never venture toward. Each stride confirmed what I already knew: the Plex was not my happy place.

In an effort to round out my first Plex experience, I forced myself to venture to the first floor amid the throng of seasoned gym-goers. Trying to be as discreet as possible, I opted to roll out a random mat and grab some weights. After doing a few repetitions of the first exercises that came to mind, I became hyper-aware of the runners and bikers above me and aspiring bodybuilders next to me. After about an hour of trying to ignore the feeling of being in a fishbowl, I rolled up my mat and began to plot my great escape.

I came. I saw. I most certainly did not conquer.

In the spirit of full disclosure, I’ll admit that I’ve never been that keen on the environment of even the most state-of-the-art gym facilities. I get bored after about 10 minutes and am typically too nervous to attempt any machine that wouldn’t be listed in a Gym for Dummies guidebook. So I won’t pretend I was surprised, or even discouraged, when I hated the Plex.

In fact, I was a little relieved when the Plex turned out to be nothing more than a stress-inducing opportunity to suffer heat stroke under the watchful gaze of dozens of my peers. Now I could partake in the bare minimum level of daily exercise recommended by the federal government off campus without feeling guilty about not utilizing the Plex.

I quickly took to the internet to scope out some nearby options for a well-rounded workout. The first thing I came across was a barre fitness studio located a mere five-minute walk from my dorm, no stairs necessary.

I’ve always been a big fan of group workouts because they motivate me to actually try my hardest for fear of seeming entirely out of shape. They also have a much livelier energy than could ever be achieved during an individual workout simply because each participant feeds off the determination of those around him or her.

Even on those days when I would much rather do literally anything other than workout, I never regret forcing myself to sign up for a group fitness class. Without fail, I leave feeling rejuvenated and somehow at peace with whatever was causing me stress when I walked in. There’s also something refreshing about leaving campus for an hour a few times each week just to do something for my own health and sanity, even if “leaving campus” means walking two streets away from my dorm.

I believe these feelings are widely recognized by others like me who swear by group fitness as the best way to exercise. In the last few years in particular, I have noticed various boutique fitness studios popping up everywhere. Driving down any major street in Boston, you’re likely to spot at least one. Perhaps it’s just a fad that will fade away as people tire of the increasing price tag on these niche fitness experiences, but I know I will never be able to reach the same level of enjoyment at the gym as I do at my favorite barre studios.

I’m not suggesting that the Plex is entirely irredeemable— I have been there five times after all. If you’re someone who actually looks forward to going to the Plex and is able to utilize it to its fullest potential, more power to you. Meanwhile, you can find me escaping campus to exercise. So what if my Apple Watch claims I’ve only vigorously exercised for six minutes when it’s all said and done? 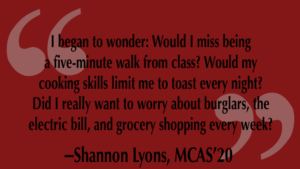