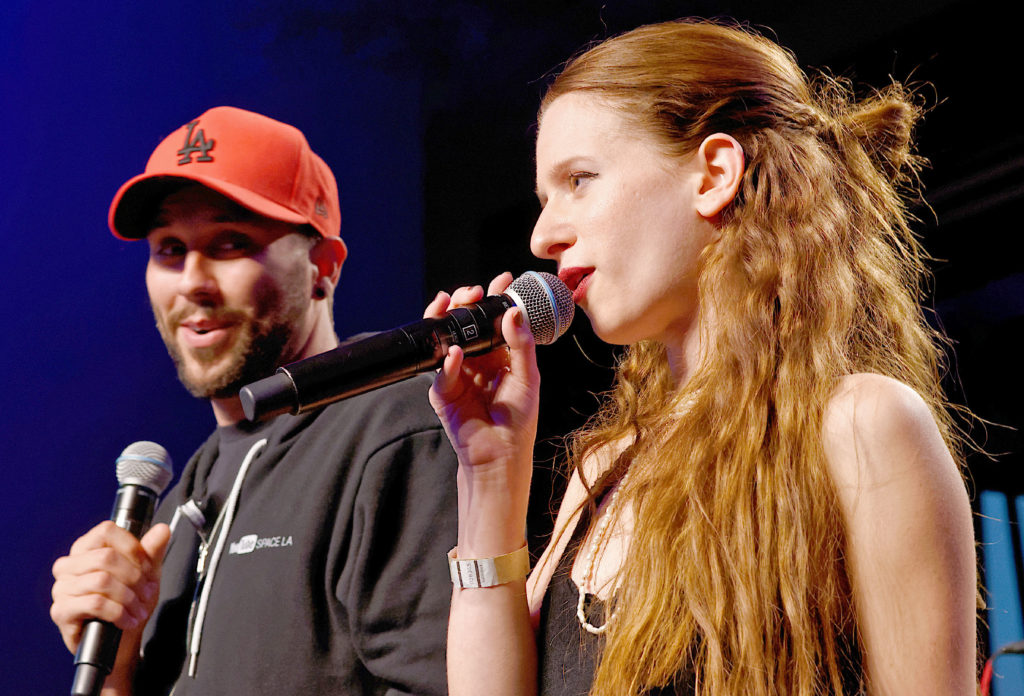 Sometimes less is more, and electronic pop duo Marian Hill knows this all too well. Its latest single, “Subtle Thing,” was released under Republic Records on Friday, and it’s more of what they do so well. Jeremy Lloyd’s electronic beats are straightforward yet powerful and precise—they start out with simple finger snaps on the two and the four and build up from there to strong kicks and fast hi-hats. He also knows when and how to use silence, which is a testament to his talent as a producer. Samantha Gongol’s vocals are smooth and sensual as always—yet she seems to be holding back somewhat in this song. The song’s lyrics, title, and overall feel all emphasize subtlety. Though the song never really seems to hit much of a dynamic climax, that seems to be intentional, considering the song’s feel. Samantha expresses her feelings towards her love interest, singing, “When you look at me / It’s a subtle thing / Such a subtle thing.” They do a good job of occupying space by saturating parts of the instrumentals with reverb while still making sure Samantha’s vocals still sound present, close, and crisp.

“Subtle Thing” is yet another minimalistic electronic hit from Marian Hill, which their upcoming sophomore album is bound to bring us more of.

Memphis rapper BlocBoy JB is only 21 years old, but he’s starting to slowly creep into the mainstream rap scene, especially after collaborating with Drake on “Look Alive,” which came out on Friday. The two met each other because of Drake’s ties to Memphis through his father. The single features a catchy cadence to the lyrics and high production quality, but Drake seems to really carry the song with his voice and flow, especially considering his part takes up the majority of the song.

James Bay abandons his traditional folk and rock roots in his new single “Wild Love,” which was released on Thursday, and it’s probably best described as emotional pop. He experiments with electronic synth and drum sounds—something he has never really done before—and he implements some beautiful choir vocal accompaniment for the chorus. The guitar solo isn’t very melodic or tonally pleasant, but the rest of the song is beautiful enough to help you look past it.