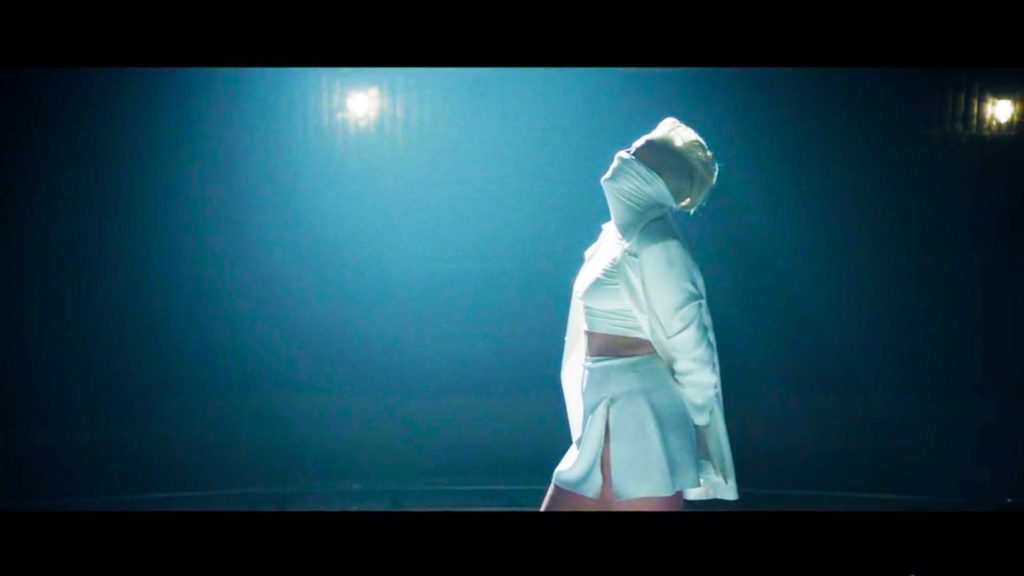 “Ignore Me” Ignores Bitter Lyrics for a Playful Music Video

Australian pop diva Betty Who released her music video for “Ignore Me,” which presented a playful visual vibe that didn’t exactly match the lyrical theme of the song. While the music portrays an upbeat musing on moving on after a breakup, the lyrics are a slightly more bitter. The visual concept for the video inhabits the murky middle ground between playfulness and bitterness, without fully committing to either one.

It opens with Who gingerly pulling her stretchy white turtleneck off her face, before sauntering into a sparse hangout space to mingle with her ex and her friends. After throwing on a warm smile and canoodling with the ex on the sofa, Who sings, “The best thing you can do is just to ignore me / Forget I was born / Baby, ignore me since you don’t need me anymore.” At this point, the guy’s face goes totally blank, and he moves away from Who, who seems a bit annoyed and confused by the guy’s change of heart. But given her blatant request in favor of his behavior change, viewers remain unsympathetic to Who’s reaction.

To add to the awkwardness of the situation, Who’s declaration is a strong one, as the breakup must have been pretty dreadful to warrant forgetting each other’s existence. Yet after telling the guy that he can’t come to her parties or spend time with her friends, Who dances alongside the ex, both of whom seem to be having a dandy old time. The gray studio space even gains a purple strobe light that makes the scene more flirtatious and lively. One of the few indicators that anything was ever amiss is that the pair are sometimes physically divided by a partition, which eventually lifts to accommodate the carefree dancing.

With the above considerations in mind, the video is still entertaining to watch. Who and her dancer ex bring a lighthearted feel to the effervescent song, and share positive vibes with listeners. At least by the end of the video, Who is finally dancing on her own, before stuffing half her face back into her turtleneck and posing dramatically while rainbow confetti rains down.