Vance Joy ‘Brings it Home’ on Nation of Two

Prior to the release of Vance Joy’s new album, Nation of Two, he was known for his sole hit “Riptide.” The Australian singer-songwriter has truly branched out in his new music—Nation of Two has a distinct style to it, punctuated by offbeat rhythms and pierced by striking lyrics. Having said that, many of the songs have a repetitive sound. While some are fresh and original, others sound just how you’d expect a Vance Joy song to sound—just like “Riptide.”

The album opens up with “Call If You Need Me,” a song with interesting background vocals and a simple guitar beat repeating throughout. Much of the song doesn’t rhyme much, which makes it all the more captivating—somehow, the words fit together without a sonic connection, as if they were all pieces to one jigsaw puzzle. Interestingly enough, one of the repeating lyrics of the song is “I’m thinking about coming home,” which is directly tied to the name of the third song on the album titled “We’re Going Home.”

“We’re Going Home” has smarty, catchy lyrics and features an upbeat rhythm. The song has an Ed Sheeran-esque sound to it, as the words are witty and the instrumentation is simple. The piano gives the song a strong backbone, and it features quite a few horns—as do many other songs on the record such as “Lay It On Me”.

A notable mention in terms of variety is “Saturday Sun.” The song is almost rap-like and contains fast and choppy music in the background. The song is fun and upbeat, and definitely not something you’d expect to hear on a Vance Joy album.

“I’m With You” is defined by its unique rhythm changes and ways of illustrating the lyrics through song. Arguably one of the best lines on the album, “Sandy blonde hair, the way it came tumbling down,” is not anything to write home about in terms of words, but Joy adds interesting vocal inflections to reflect something “tumbling.” It is a fantastic example of musical text painting, and brings the song a deeper level.

Tracks like “Take Your Time” are generic and boring. The lyrics are lackluster and the music repeats itself over and over in the background. The same goes for “Like Gold”—it is slow, repetitive, and sounds precisely like what you’d expect to hear from Vance Joy. One would think that variety is good for artists—keeping listeners on their toes, wondering what “x’s” new album will sound like is a sure way to keep selling music (that is, given the musical experimentation is done well). Songs like “Take Your Time” and “Like Gold” don’t do this very well. As a listener, it is easy to just roll your eyes and hit “next.”

The second half of the album contains an intriguing variety of songs—not all of them deserve praise, but most aren’t so predictable. “Alone With Me” has an erratic rhythm which was off-putting at first, but realistically, it made the song notable. The strong drum beat dictated seemingly random changes in the rhythm, making the song unexpected and ever-changing.

“One of These Days” is utterly uplifting and motivating. The song is a call to simplicity, urging listeners to stop overthinking. “The moment you stop looking/ You’ll be in the right place” is an example of the calming, simple lyrics that intersperse a lyrical standout on Nation of Two.

“Bonnie and Clyde” is another lyrically dense song on the record—the story follows the lives of a couple as compared to the famous criminal couple, Bonnie and Clyde. Joy draws insightful comparisons between his life and that of the characters in a story-like fashion.

But all of these unique and keenly-written songs don’t add up to much—Nation of Two ends on a low note. The second-to-last song, “Little Boy,” is depressing and all too similar to “7 Years” by Lukas Graham. It has a somewhat-engaging folk sound to it, but nothing can outshine the overall dreariness of the song. The album ironically ends with “Where We Start,” which is clearly some attempt at being clever, but it didn’t work because the song itself was deficient in sound, variety, and lyrical quality.

Nation of Two is filled with highs and lows: At its best, the album contains musical diversity that is captivating and unique. But at its worst, it is downright boring, repetitive, and colorless. The album shows great potential for Joy, and definitely justifies him finally “bringing it home.” 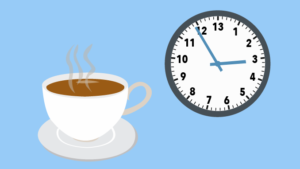 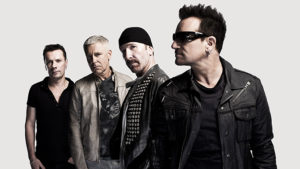