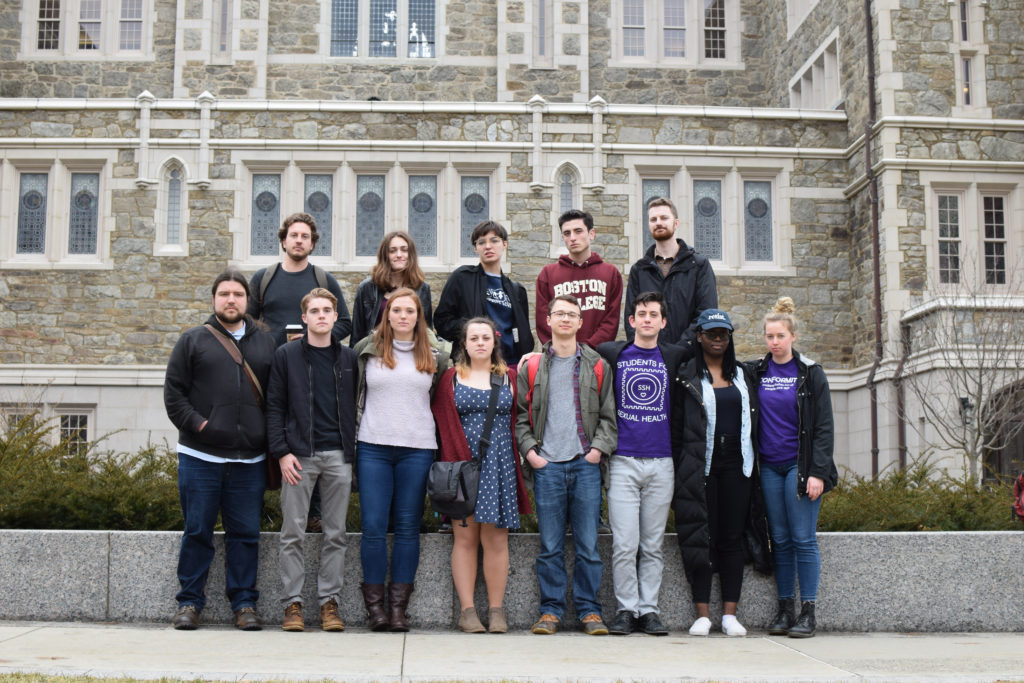 On this year’s election ballot for the Undergraduate Government of Boston College, 94 percent of students who voted on the referendum proposed by Students for Sexual Health (SSH) indicated that they were in favor of allowing the group to distribute contraceptives and hold meetings on BC’s campus, without receiving official recognition or funding from the University.

“Students have made their position clear that they care about their sexual health and deserve greater resources and dialogue on this matter,” Connor Kratz, co-chair of SSH and MCAS ’18, said in an email.

On Feb. 22, BC issued a response to The Heights expressing that it will continue to prohibit the public distribution of condoms on campus, citing the University’s respect for its commitments as a Jesuit, Catholic institution as the reason for holding this position.

In response to this statement, Kratz said that the group’s plans for the future are to continue meeting with administrators to organize sexual health dialogues and informational events on campus, and to connect students with a condom distribution program.

“After reviewing the university statement on the referendum and holding preliminary discussions with university administrators, we are dismayed to confirm that the University has no intention of allowing the Students For Sexual Health to distribute contraceptives on campus, despite the overwhelming student need and demand for these resources,” he said.

Kratz said that SSH hopes that administrators are willing to consider permitting the group to meet and organize dialogues on campus as it meets with them over the coming weeks.

“The University has a responsibility to address the health needs of their students that are currently being neglected,” he said. “Sexual health must be recognized as an integral part of the care and wellbeing of the whole person, or cura personalis.”

Kratz said that the group must take bolder steps to provide contraceptives and information to BC students if it hopes to deter the transmission of STIs and incidence of unplanned pregnancies on campus.

“We would like to respectfully remind the administration that our fellow Jesuit Catholic university Georgetown does allow their student sexual health group to distribute condoms on campus, without receiving funding or recognition from the university, which was identical to the aim of our referendum,” he said.

Kratz said that SSH has discovered and is currently exploring a new free condom delivery service operated by student volunteers off campus in Chestnut Hill.

According to Kratz, the program, whose resources are subsidized by public health grants, is similar to popular delivery services like Grubhub and GoPuff—the latter of which already delivers condoms—except that it only distributes sexual health resources to the BC student community and does so free of charge. Students only need to provide their names and addresses, and condoms will be delivered directly to their campus mailbox on the first and 15th of each month. 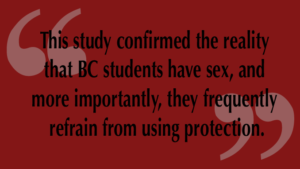 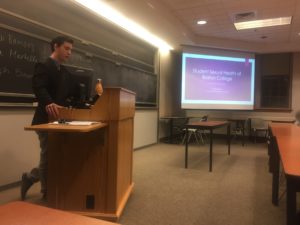