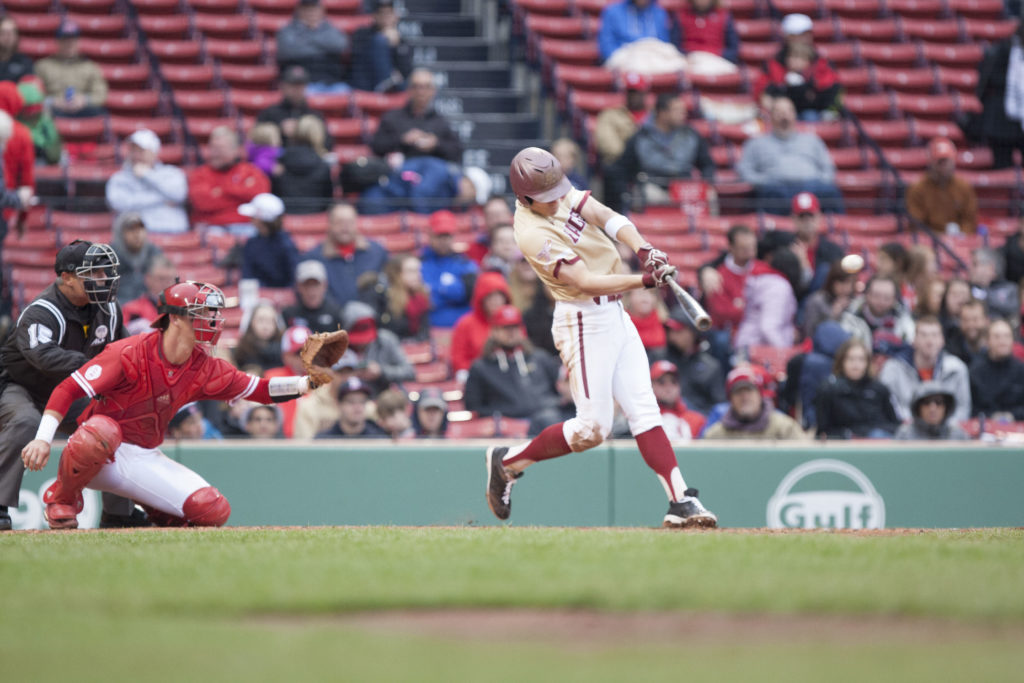 Boston College men’s basketball got the best of North Carolina State in a thriller on the court Wednesday, and now BC baseball will hope to do the same on the diamond, as it is set to open its ACC schedule with a weekend series against the Wolfpack.

The Eagles (5-6) will head to Raleigh having lost three of their last four, while No. 22 N.C. State (11-2) will hope to build off its early success, especially the 10 wins it has accumulated at home.

All three games can be livestreamed via ACC Network Extra on WatchESPN.

1. Despite struggling to win close games of late, BC’s offense has scored at least eight runs in five of its last six games. Brian Dempsey has heated up in the last six contests, going 12-for-23 (.522) with eight runs batted in.

2. BC ace Jacob Stevens tossed a one-hit, seven-inning gem with nine strikeouts last Friday against Niagara, after uncharacteristically allowing five earned runs in just one and a third in the Snowbird Classic versus Minnesota.

3. Thomas Lane and Sean Hughes are proving to be the Eagles’ best bullpen options so far, tied for the team lead with six appearances each. The two have combined to throw 17 innings, allowing just two earned runs while holding opposing hitters to a .123 average.

1. The Wolfpack has relied on stellar pitching this season. Its arms have conceded four or fewer runs in nine of its first 13 games. N.C. State ace Brian Brown has been red-hot to start the season, allowing just one earned run in his three starts thus far.

2. N.C. State is ranked fourth in the country with 27 home runs, compared to just three big flies for the Eagles. Sluggers Brett Kinneman and Evan Edwards lead the way with eight and five home runs, respectively.

3. Seven of the 10 Wolfpack hitters who qualify statistically have a batting average over .300. N.C. State has received contributions from all over the lineup to create the country’s 10th-best offense.

This is certainly a tough matchup for the Eagles’ ACC opener. The Wolfpack has played all but one game in Raleigh so far and is getting quite comfortable playing at home. For BC to win this series, its starting pitching needs to provide length and do what it can to stifle this high-powered, multi-faceted offense of N.C. State. Stevens, Metzdorf, and Rapp have all shown flashes of dominance so far, but their outings have been inconsistent. BC’s staff will have to limit walks, as N.C. State is a team that will capitalize on mistakes, especially free passes, a weak spot for an Eagles staff that issues more than one base on balls for every two innings pitched. BC’s offense, behind hot hitters Dempsey, Chris Galland, and Jake Alu, will find a way to put runs on the board, but its pitching against N.C. State’s dynamic offense is really the X factor in this matchup.