Members of the Boston College community silently assembled outside Gasson Hall at 10 a.m. Wednesday as part of the #Enough! National School Walkout. The walkout lasted 17 minutes, a tribute to the 17 students killed at Marjory Stoneman Douglas High School in Parkland, Fla., during the Feb. 14 shooting at the high school.

The walkout, part of the broader #NeverAgain movement, aimed to make the lives and safety of students a priority in Congress, and ensure that gun violence in schools and communities around the United States ends. Parkland students started the campaign in the days following the shooting. Since then, other organizations have joined in trying to create opportunities for students to share their voice more effectively.

“I saw on social media that a lot of my other friends at other schools posting things about the walkout and the march on the 24th,” said Quinn O’Connor, organizer of the march and MCAS ’21. “So I tried to see if BC was doing a walkout registered with the Women’s March Youth EMPOWER movement and saw there wasn’t one.”

Women’s March Youth EMPOWER boasts that over 3,100 schools registered their walkouts on its website, which also offers a virtual toolkit for participants. In it, the organization provides tips on organizing a walkout, communicating with school administrators, and addressing members of Congress.

Some high schools threatened disciplinary action against any students that participated in the walkout. Director of Undergraduate Admission John Mahoney, along with other university admission deans across the country, released a letter in response in late February that praised the actions of Stoneman Douglas students and said that there would be no repercussions for applicants who joined in the protests.

The movement’s website makes specific policy demands of Congress, including an assault weapon and high-capacity magazine ban, expanded background checks, support for the Stop Militarizing Law Enforcement Act, and support for a gun violence restraining order law. It also voices opposition to legislation that would strengthen concealed carry laws or would introduce more guns to schools.

“I’m definitely going to try to post in the Facebook event group too and get signatures online for sending letters to representatives in Congress,” O’Connor said.

In a statement released Wednesday morning, March for Our Lives Boston praised the walkouts and the students who marched to the Massachusetts State House in support of the cause. Over 500 students and 25 state lawmakers attended this event and listened to the testimonies of four student speakers, who urged their peers to stay committed to advocacy. 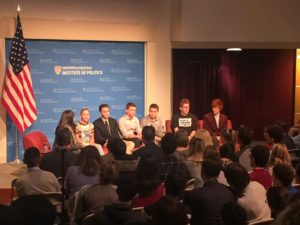 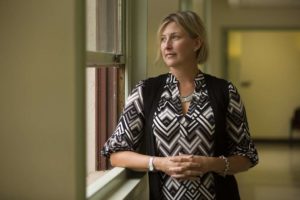 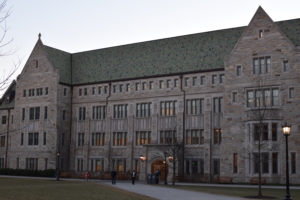