The beginning of the four-part British drama miniseries Collateral launches viewers straight into confusion with the abrupt shooting of a South London pizza delivery man and, throughout the next four hours, winds its way through immigration and refugee reform, disputes between gays and the church, and an Olympic pole vaulting accident.

The intricate, complex web of associations that connects these things (among others) and the multiple dynamic characters it encircles are at the heart of Collateral. Collateral is the brainchild of David Hare, the acclaimed English playwright, and is his first attempt at episodic television. In a way, the show is really about perspective. Here we have a murder mystery that doesn’t rely on a central detective with a conflicted past or troubled psyche. Instead, it is one that finally admits the immense complexity of its crime by the revealing the situation through the lens of its many ostensibly unrelated characters, each with a backstory nearly as interesting as the main plot.

When a pizza delivery man named Abdullah is gunned down outside a London apartment, pregnant detective Kip Glaspie (Carey Mulligan) is called on the case. (Think of a British Marge Gunderson, but more aware of how badass she is). With help from forensics, Glaspie quickly understands the incident was planned and sets out to make sense of it. She tracks down the victim’s sisters, Fatima (Ahd) and Mona (July Namir) who are living in a storage container and who seem to know something they won’t admit.

Also connected to the incident are Laurie Stone (Hayley Squires), Abdullah’s manager at the pizzeria; Karen (Billie Piper), the defiant single mother who ordered the pizza that got Abdullah killed; David Mars (John Simm), the member of Parliament who also happens to be Karen’s ex-husband and the father of her child; Linh Xuan Huy (Kae Alexander), the high-on-ketamine sole witness to the crime; and Jane Oliver (Nicola Walker), Linh’s romantic partner and the parish vicar. After the first episode, these characters are a lot to process, and it seems impossible that the four-hour-long miniseries will be able to weave them all together. But much of the excitement is in watching not only how Hare accomplishes it, but how he makes each individual a main character in their own right—as if this was one brief, modernized beat of Game of Thrones.

Collateral is atypical in that Hare breaks conventions and reveals the identity of the killer at the end of the first episode, and reveals the killer’s motives and co-conspirators shortly thereafter. Collateral becomes a murder mystery not so much about “who did it?” but why someone did a particular thing and how that connects to someone else doing another thing and so on and so forth. The interconnectedness of it displays Hare’s wit and storytelling ability and reflects his attempt to look at the localized crime from a much broader perspective, a difficult but important thing to do.

The big highlight of the show comes from the stellar performance of Mulligan. She dominates every scene she’s in, carrying with her an infectious confidence and self-assurance. The “interrogation room” trope of detective mysteries can succumb to dullness and cliché quite easily, but witnessing Kip Glaspie work the poor individuals at the other end of the table is delightful. Kip’s character in general is terrific, though the constant inquiries in the show about her Olympic pole vaulting accident don’t make much sense and seem like a forced way to deepen a character that’s plenty dynamic enough. Magnifying Mulligan’s role, along with the show at large, is the brilliant cinematography of director S.J. Clarkson. The scene cuts and transitions are superb, as are the color and lighting of the frames. At the beginning of each episode, a popular song alternates from the soundtrack and from within the show, like in someone’s car, which sort of brings the viewer into the show.

Just as the show presents different perspectives from its characters, it conveys how the impact of the murderous event can ripple through several different institutions. This is the most relevant aspect of the show. Hare’s characters say things like “people don’t believe in institutions anymore”—which is true. The ways in which the murder echoes through the church, the police, the army, British Parliament, and Immigration services help doubly reveal the people’s attitudes about the institutions and the attitudes of the institutions themselves.

Probably the most prominent institution in the show is that of Immigration Services, with the topic of illegal immigration being highlighted in particular. Present-day fiction is on the whole lacking stories pertaining to illegal immigration for how important and relevant the topic is in the real world. Hare has taken a big step, it seems, in centering his show around this issue. The ways in which he presents it are generally effective, though at times some of the dialogue can come off as fairly didactic, particularly through the character of David Mars. Either way, it’s worthy of commendation.

Collateral isn’t long, just four episodes of about an hour each. It’s available on Netflix, and it’s definitely worth the binge. 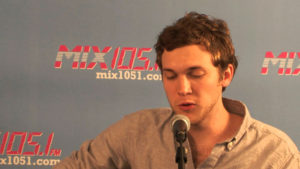