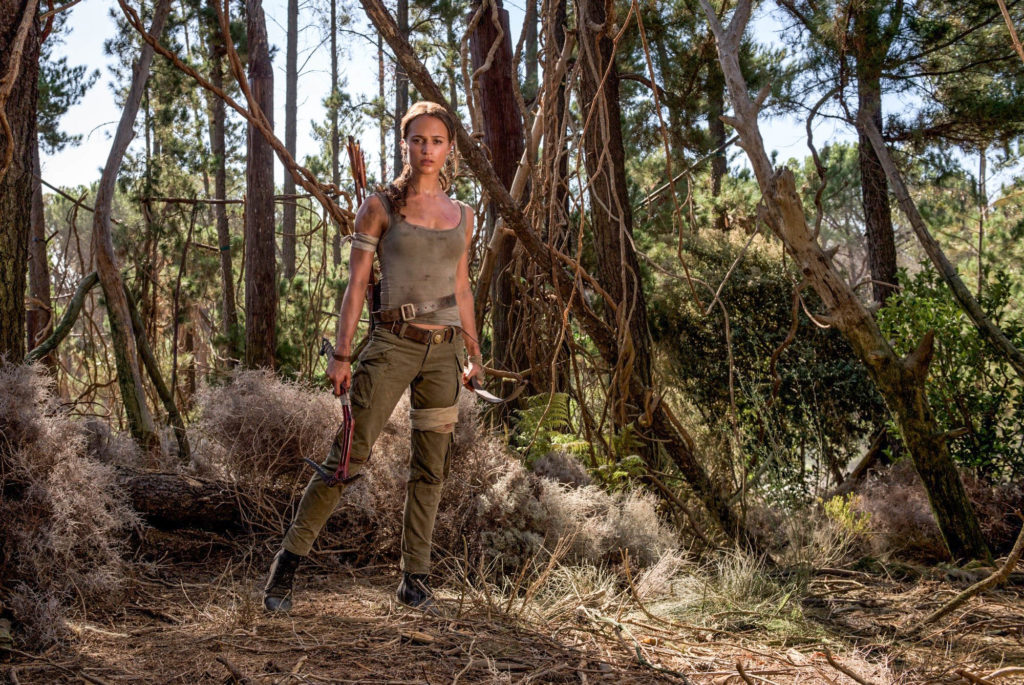 In terms of video game movies, the bar has been set very low. Films like Assassin’s Creed, Warcraft, and Resident Evil have apparently doomed video game movies to mediocrity or worse, but fortunately Tomb Raider has not hit the depths set by these other films. This film probably marks the best video game movie that has ever been made and it’s not even that good. Fortunately, Tomb Raider has a lot of good things going for it: It’s very enjoyable, it’s accessible to people who haven’t played the video games, and it’s a pretty good action movie—even if it’s not a great movie in general.

Alicia Vikander stars as the protagonist, Lara Croft, of Tomb Raider. She takes over the role from Angelina Jolie in this modern remake of the action-puzzle film version of the acclaimed video games. Luckily for this version, Tomb Raider (2018) is much better than the previous film-adaptations. Vikander is arguably a better actress, and the movie seems to play seriously well, instead of as a campy action flick.

The movie begins with Lara working as a bicycle courier. She bikes around London, delivering food. She also trains as a boxer, but falls behind on her payments due to lack of income. It is later revealed that Lara is the heir to a huge fortune and to the company owned by the Croft family. She refuses to sign the paper that would grant her ownership, however, because she believes that it would acknowledge the death of her father—a man who went missing seven years ago and is presumed dead.

Through a series of puzzles, Lara comes to understand that her father went missing in search of Himiko, an ancient queen of Japan who is rumoured to have cursed everyone she touched with death. She befriends a sailor in Hong Kong, Lu Ren (Daniel Wu), and convinces him to take her to a mysterious and uncharted island in the middle of the Devil’s Sea, where her father believed Himiko was buried alive.

Once on the island, the plot of Tomb Raider begins to really take shape. The story of this action movie is not groundbreaking, or even particularly original, but it is presented in a very refreshing and action-packed manner. Vikander excels at portraying the intelligent action heroine, solving the puzzles and problems she is presented with in much the same way as players would solve puzzles in the video games. In this way, Tomb Raider is unique: The movie can be viewed through the lens of a video game. Croft solves puzzles, just like in the games, and the story progresses through scenes outside of the puzzles, much like cutscenes in the video games. Yet, unlike other movies based on video games, Tomb Raider is not absolutely horrible—the effect works very well for fans of the games as well as newcomers to the world of Tomb Raider.

The action is quite good throughout. There are fight scenes, gun battles, and tense moments that all feel fairly realistic when viewed with a small suspension of disbelief. The mythology of this world, along with the callbacks made to previous scenes, feels very genuine for a run-of-the-mill action movie. Vikander does a good job portraying the character of Lara Croft. She, as an actress, seems to have the remarkable ability to lend credibility and interest to any character she plays, providing entertainment and fun for the audience in spite of the movie around her. She does not, however, escape the action movie trope of the generic protagonist who acts as a near stand-in for the audience. This is not a problem specific to Tomb Raider—rather, it is a problem with action movies in general. While the secondary characters have more compelling motivations for their actions, Croft’s character makes sense in the context of the film.

Tomb Raider won’t be winning any awards, but it is a pretty good generic action movie. These days, those are pretty difficult to come by, considering the Taken franchise. Tomb Raider isn’t breaking any new ground in terms of plot, characterization, or execution, but it does present an interesting opportunity for a new breed of action movies with puzzles. The film feels reminiscent of the Indiana Jones movies, especially The Last Crusade, in terms of the difficult challenges that Croft must think her way through.

While Tomb Raider is a fun action movie, it is not amazing, or incredible, or even really good. The film has been released in between other productions that will likely supercede it. Black Panther still retains incredible popularity, because it’s an incredible movie, and Tomb Raider will likely not be able to compete with the upcoming Pacific Rim: Uprising or Ready Player One in the coming weeks. The timing of its release was presumably fueled by the studio hoping to capture the attention of people who have already seen Black Panther and are looking for an action flick to watch before new blockbusters capture the interest of the viewing public. Tomb Raider is probably not worth seeing in theater for most movie-goers, but if it pops up on a streaming service, it would not be a waste to watch it.