Home » The Fratellis Waltz Through ‘In Your Own Sweet Time’ 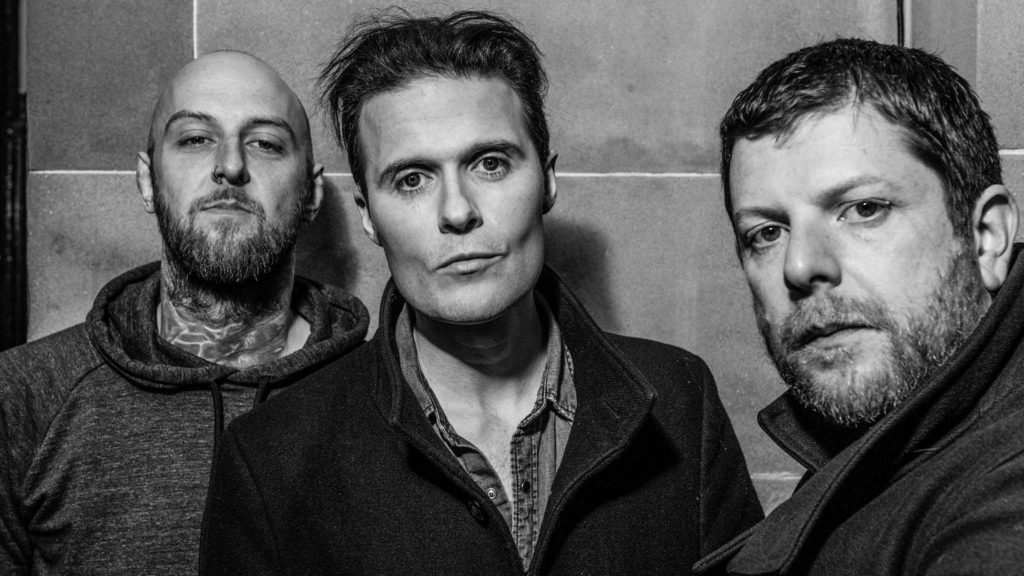 The Fratellis Waltz Through ‘In Your Own Sweet Time’

On March 16, the British indie-rock group The Fratellis dropped another album, In Your Own Sweet Time, to the likely delight of their long-time fans and the ignorance of most everyone else. In Your Own Sweet Time’s release wasn’t greatly publicized outside of indie-rock circles and will likely fly under the radar of mainstream music listening. This is not to say, however, that The Fratellis’ album isn’t worth listening to. In Your Own Sweet Time provides quite a few straightforward but enjoyable songs. This isn’t groundbreaking work for the band, but the album is a solid contribution to their discography that most people, if they delved deep enough into Spotify’s release radar, would have a good time listening to. The Fratellis seem to be aware of this considering the album’s title—listen to this when you get around to it.

In Your Own Sweet Time starts off strong with “Stand up Tragedy.” The song is lively and delectably sweet. It opens on a high note with energizing guitar riffs and high-pitched vocals. Backed by this guitar, along with striking piano keystrokes and drum fills, the song describes the duality of love. Someone might seem like the most amazing person in the world from afar, but the façade is lifted when they come into focus. “Stand up Tragedy” is a pushback against one-sided relationships. The singer has been steamrolled by a previous partner and is taking this song as a chance to air his grievances against her. He sings “I don’t need your red wine-covered sympathy / Just another punchline in your stand up tragedy.” This chorus is interspersed well within the other verses, providing a refreshing refrain wherever it appears and reinforcing the message of the singer.

The Fratellis keep it up, following with “Starcrossed Losers.” The song is sung by the same voice, but from the point of view of two characters in the story. “Starcrossed Losers” tells a twisted version of the classic Romeo and Juliet story. In this one, there is clearly chemistry between the two, but “Romeo” keeps pushing Juliet away, claiming that he “was only passing through” while Juliet pleads in the chorus “Romeo, Romeo, tell me where you’ve been / I would be complete if you’d only let me in / I’m here, right here.” These lyrics lend the song a very sad effect, as the listener hopes in vain that the lovers will get together. But they don’t.

After this, however, In Your Own Sweet Time falters a little with “Sugartown.” The album slows down, as the singer serenades his love. He begs her to give him a chance, promising anything, as he sings “I’ll be your one man band, I’ll be at your command / Just say the word and I’ll be your renaissance man / I swear I’ll go where you don’t dare / I’ll bury this affair deep down in / Sugartown.” The song is plodding as it is pleading, marking a departure from the faster and livelier “Stand up Tragedy” and “Starcrossed Losers” that came before it.

In Your Own Sweet Time meanders back and forth from misstep to solid contribution. None of these missteps are bad songs, by any means, they are simply not up to par with the high standard set by the beginning of the album. “Told You So” and “I’ve Been Blind” leave listeners wanting just a little more, while “The Next Time We Wed” and “Laughing Gas” stand in contrast as very fun and enjoyable songs.

The 11-track album wraps up with “Advaita Shuffle,” “I Guess… I Suppose…,” “Indestructible,” and “I Am That.” Among these, “Advaita Shuffle” stands out. The song takes on tones of multiple genres as it progresses. It begins with what can almost be described as a twang, reminiscent of U.S. country music. It alternates this with a South Asian string instrumentation. These back and forth contrasts lend the song a very unique quality on the album, one that works to great effect.

“I Guess… I Suppose…” also seems to borrow from other genres and artists, most notably from the funk sounds of Stevie Wonder’s “Superstition” with an intro of funky guitar licks. The Fratellis play these guitar notes in a faster and fuzzier way than Wonder’s funk landmark, but the effect of the intro is striking. The rest of the song is a chanted rock song, and it is another of the strong tracks on the album.