Pacific Rim: Uprising is a film about gigantic robots (with pilots) beating up inter-dimensional space monsters with sci-fi weaponry.

If the above description sounds like something you’d like to see, you will not be disappointed with this newest addition to the budding Pacific Rim franchise. With a plotline that is so incredibly over-the-top it’s laughable, the movie sacrifices much in the way of writing and cohesion, but in the end it doesn’t really matter.

Directed by Steven S. DeKnight, this loud and visually arresting film does exactly what is expected. Once again, Kaiju (giant sea monsters) rise up and threaten the fate of all of humanity, with Earth’s only defense being dual-piloted skyscraper-sized robots called Jaegers. This film differs from its predecessor in some of the plot details, providing a few surprising twists and turns in an otherwise familiar narrative, but is still the same gigantic wonderful mess. Boyega pulled much of the movie together, his cocky wit providing a welcome relief to Scott Eastwood’s emotionless squints and groans as he played the “gruff-but-kind” Lambert to Boyega’s suave Pentecost. Charlie Day provided the other stand-out performance as the jittery and comical Dr. Giezler (Newt), with Boyega and him providing two of the few strong performances of the film. As a result, the movie struggled to form any emotional attachments with the audience—the simple writing and all-too-familiar moments making any scene that wasn’t a fight seem awkwardly out of place.

In contrast, the visuals were stunning, with incredible detail on the monsters and textures of the Jaegers. With such grand proportions it becomes easy to forget about the monstrous scale, but this film made you sure you always knew just how BIG this battle is. Supported by a roaring soundtrack with phenomenal sound design, this movie is an audible and visual treat, treating the senses much better than it treated the sensibilities.

Yet, for a film with such structural flaws, Pacific Rim: Uprising still managed to keep me interested. The prospect of seeing (and hearing) the battles between Kaiju and Jaeger was enough to keep my attention for the entire film. Even if some of the battles were underwhelming (as a few tended to be), they were still epically-proportioned, and were still a visual buffet. Yes, the writing could be physically painful at times. Yes, the movie struggled to create any genuine emotional connection. And yes, one could call this a “bad movie” and have a lot of evidence to support their opinion. But in the end, it doesn’t really matter—the film was entertaining in its ludicrousness, and was quite simply a fun movie to watch. To the potential audience member who is debating whether to see this film, simply ask yourself what you want to see. If one wants to see a well-acted and written film with a successful blend of action and emotional drama, one may find Uprising disappointing. If one wishes to see giant piloted robots fighting giant space lizards, however, then this is the movie to see.

charlie day john boyega pacific rim: uprising steven s. deknight scott eastwood
What Does UGBC Do?
Across the Pond and to the Pulpit 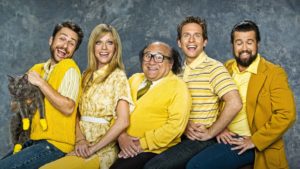 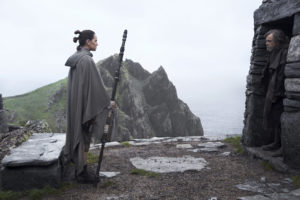