Home » Cardi B Breaks Out Bold Bangers on ‘Invasion of Privacy’ 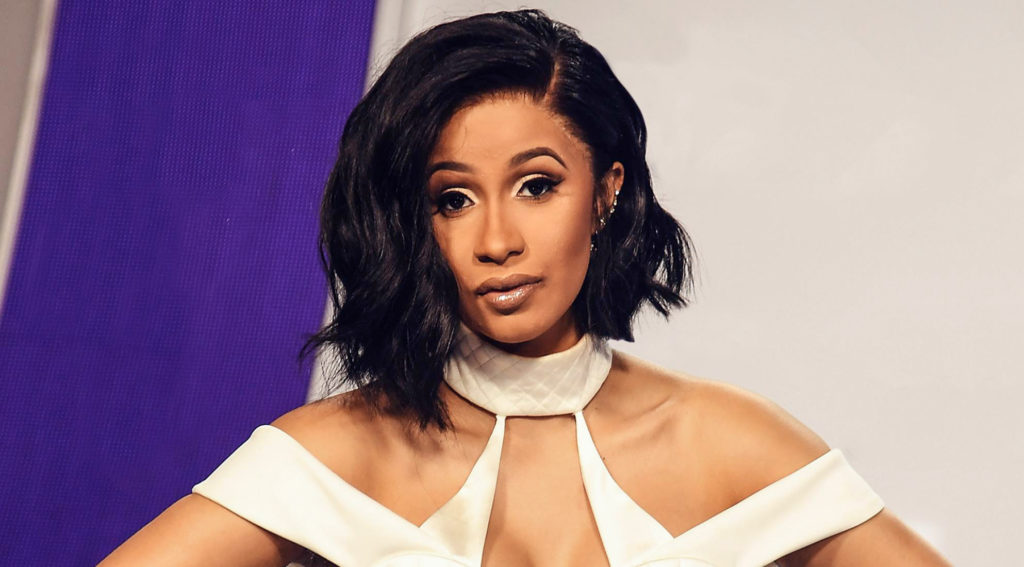 Cardi B Breaks Out Bold Bangers on ‘Invasion of Privacy’

After the incredibly popular five-time platinum-certified single “Bodak Yellow,” Bronx-based female rapper Cardi B stood up to the hype and fully delivered with her debut album Invasion of Privacy. Impeccably produced, consistent, and honest, Invasion of Privacy cemented Cardi B’s status as a rising force in the hip-hop music industry.

“Get Up 10,” the first song on the album and arguably one of the best, is Cardi B showing off her unique personality to its fullest extent. With a clean flow to match her genuine lyrics, this track was as gritty as the life Cardi B has unabashedly led. In typical Cardi B style, she raps about her hard work and past professions without shame, declaring herself a “real bitch, only thing fake is the boobs.” This theme of honesty and openness continues throughout the rest of the album as Cardi plays with this idea of privacy, a subject which she can speak on from experience.

Following is “Drip (ft. Migos),” one of the few songs on the album released as a single, and understandably so. Lacking some of the thematic overtones that fill the best songs on this album, “Drip” is a solid collaboration and a decent track. This single takes no risks, and as such does nothing wrong, but perhaps could have benefited from being a little less safe.

Continuing the path of safety was “Bickenhead,” a track that followed the same safe route as “Drip,” with an equally mediocre result, if perhaps a little more interesting. “Bickenhead” has some lyrics that are definitely memorable, resulting in a track that will likely be popular in its own right, if only because it fits into the mainstream without any difference.

The next track was “Bodak Yellow,” a song that topped Billboard for three weeks, went quintuple-platinum, and was nominated for two Grammys. This song is pure fire, plain and simple.

After three consecutive bangers, Cardi B shifts gears with “Be Careful,” a much more personal and intimate track about her own experiences with infidelity. While not as mellow as some later tracks, “Be Careful” reveals a different side of Cardi B, one that shows her trademark bite and hard-hitting flow can work with softer beats and more emotional lyrics just as successfully as with more classic bangers.

Taking that softer edge and making it better is “Best Life (ft. Chance the Rapper),” one of the tracks on the album with a collaboration that is truly successful. Chance’s verses are as warm and melodic as ever, contrasting with Cardi B’s voice in a way that works wonderfully. With lyrics that are at times clever yet intimate, “Best Life” is mellow but engaging track that continues the themes laid out in the first song on the album.

Following up with another incredible collaboration is “I Like It,” a Spanish-infused banger that is utterly surprising and utterly welcome. With clean samples and a Spanish verse that flows very well with Cardi B’s own flow, this is a song that hit hard in the best way possible, and is a definite highlight of the album.

Returning to a calmer mood is “Ring” (ft. Kehlani), where once again Cardi takes a step away from her expected high-energy music to do a more sensual and mellow track. Kehlani once again delivers with a great feature, her smooth vocals resonating well with the rest of the track.

“Money Bag” is the absolute opposite, providing one of the favorites of the album. Here Cardi B’s trademark sting is at its best, combining with impeccable production in a track that slaps just as hard as “Bodak” and succeeds where other hype tracks like “Drip” and “Bickenhead” falter. Surprisingly catchy and fun, this track stood out on the album as a “classic Cardi.”

“Bartier Cardi” is another typical hard-hitting Cardi B, this time with some help from 21 Savage to carry this track to popularity. Released as a single, this track is notable for its surprisingly good ad-libs and flawless production. With an eerie beat to match Cardi B’s flow, this song worked well with the album and followed up “Money Bag” as could be hoped.

“She Bad” was a track that doesn’t quite fulfill the promise of what came before it, the unbelievable repetitiveness unfortunately resulting in a rather lack-luster feel, that while not terrible, provides a definite break from the trend of successful tracks like “Money Bag” or “Bartier Cardi.”

Thankfully, “Thru Your Phone” picks up the slack with Cardi B once again providing an intimate look into her views on adultery, spitting some of her fiercest bars in one of her more melancholy tracks. That interesting juxtaposition works surprisingly well, with Cardi B’s harsh edge blending well with Ali Tamposi’s smooth vocals.

Finishing up was “I Do (ft. SZA),” providing the perfect exit in the same way “Get Up 10” provided the perfect entrance. Cardi B is openly rebellious in the best possible way, with SZA finishing a list of incredible collaborations that populated this album. Personal and revealing, yet fiercely defiant, this song carried an infectious arrogance that defined the album as a whole. Overall, Cardi managed to fulfill in a great way the promise of “Bodak Yellow,” cementing her own honest yet arrogant style as one that will continue to define her as one of hip-hop’s current stars.