2018 Commencement Will Feature Archbishop of Atlanta

Archbishop of Atlanta Wilton Daniel Gregory, the highest-ranking African American bishop in the United States, will be the keynote speaker at Boston College’s 142nd Commencement Exercises on May 21, BC announced this morning. At the ceremony, University President Rev. William P. Leahy, S.J., will present Gregory with an honorary Doctor of Laws degree.

Pope John Paul II appointed Gregory as the sixth archbishop of the archdiocese of Atlanta in 2004. While serving in this capacity, the archdiocese has expanded threefold, growing from less than 400,000 members to 1.2 million, with 103 parishes and missions, 277 diocesan and religious priests, and 18 archdiocesan Catholic schools. In 1973, he was ordained as a priest of the Chicago Archdiocese, becoming the youngest bishop in the United States at age 35 as auxiliary bishop of Chicago. Later in 1994, he was appointed bishop of the Diocese of Belleville, Ill., where he served for 10 years. He holds a doctorate in sacred liturgy from the Pontifical Liturgical Institute in Rome.

Gregory has also released pastoral statements on controversial issues such as the death penalty and euthanasia, and articles on the subject of liturgy, particularly in the African American community.

The University will also present honorary degrees to Drew Gilpin Faust, the outgoing president of Harvard University and former University Secretary; Rev. Joseph Duffy, S.J., former BC administrator and BC ’50; Kendall Bridges Reid, an award-winning HBO documentary producer and BC ’79; and Alberto Vasallo III, president and CEO of El Mundo Boston and BC ’89.

Faust, who was named Harvard’s president in 2007, will be awarded an honorary Doctor of Humane Letters Degree. During her tenure, she has expanded financial aid to improve access to the college for students of all economic backgrounds and advocated for increased federal funding for scientific research. Additionally, she is credited with broadening the institution’s international presence, raising recognition for the arts on campus, embracing sustainability, launching the “edX” partnership with the Massachusetts Institute of Technology, and promoting collaboration across academic disciplines and administrative units.

As a Civil War historian, Faust has authored six books and been honored the Francis Parkman Prize. She also received the Bancroft Prize in 2009 for her most recent book, The Republic of Suffering: Death and the American Civil War. She delivered the inaugural lecture in a series to mark BC’s 150th anniversary and received the first Sesquicentennial Medal in honor of her contributions to higher education.

Duffy served as University Secretary for two decades. He began his career at BC in 1975 as a faculty member in the Lynch School of Education. He later served as a University Trustee from 1982-88 and was a rector of the Jesuit Community. During this term, he made a $1.5 million gift to help establish the Jesuit Institute. He has also been a member of numerous boards, committees, and commissions in Jesuit, Catholic, and public education.

Reid has spent her 27-year television career developing compelling shows for HBO Sports. She co-produced the 1996 Peabody Award-winning documentary “Journey of the African American Athlete,” which has been widely acclaimed as the most comprehensive examination of the history of black athletes in America, as well as another Peabody-winning film, “Dare to Compete: The Struggle for Women in Sports.” She is also a member of the AHANA Alumni Advisory Council, the AHANA Executive Committee, and the BC Energy and Environmental Network.

Vasallo forged his path by creating El Mundo Boston, the largest Latino newspaper in New England, in 1972. He also established a partnership with the Boston Red Sox over 20 years ago to create Latino Youth Recognition Days at Fenway Park, and launched a variety of Latino-oriented initiatives through El Mundo, including a career expo, family festival, and Hispanic Heritage Breakfast. 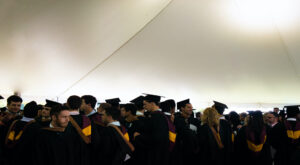