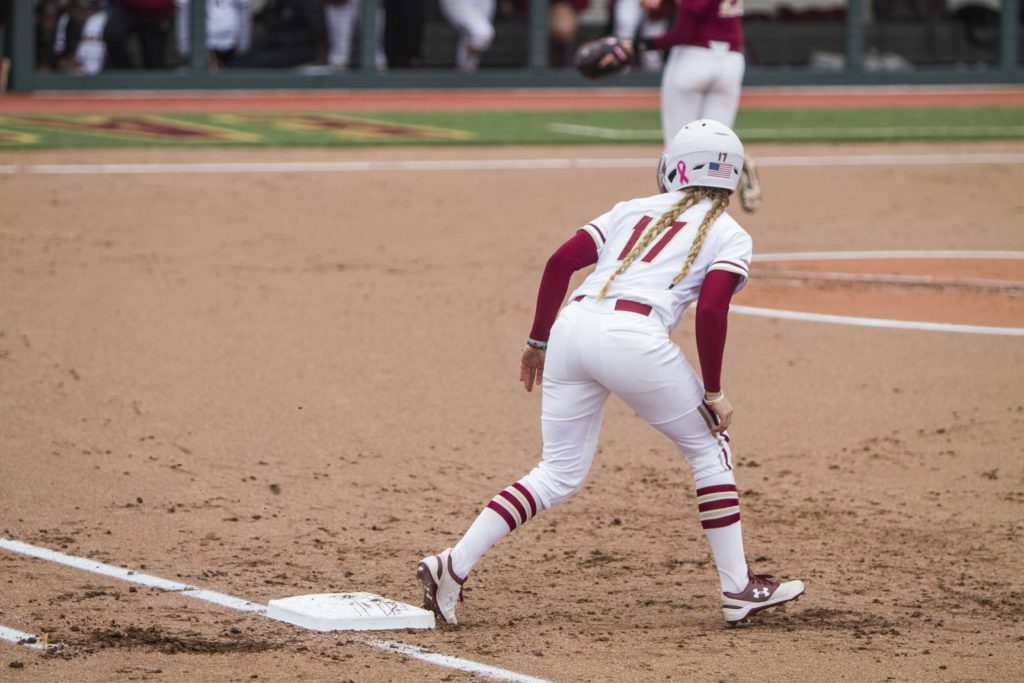 Boston College softball (22-17, 9-5 Atlantic Coast) had its program-record 12-game winning streak snapped against No. 10 Florida State this past weekend, but the Eagles did pick up their first win against the Seminoles since 2008. Next up: BC hits the road to take on an in-state rival in Massachusetts (22-11, 11-0 Atlantic 10), looking for its second win over the Minutewomen this year. BC is hoping to find an offensive spark after having scored just five runs during its last weekend series.

The game can be followed through live statistics provided by Sidearm Sports.

1) In BC’s 5-0 loss to FSU this past Sunday, Annie Murphy recorded two more hits, raising her batting average to .359, which is also a team high for the Eagles.

2) In games where the Eagles have been outhit this season, they’re a putrid 4-12.

3) BC’s dynamic duo of Jessica Dreswick and Allyson Frei has started every single game for the Eagles thus far in 2018. The upperclassmen’s combined ERA of 2.14 is the second-lowest in the ACC.

1) UMass’s Jena Cozza currently holds a .521 batting average in 33 games played, a figure which leads the entire NCAA. The Minutewomen’s team batting average of .319 ranks second in the Atlantic 10.

2) UMass also has a stellar pitching staff to complement its hitting prowess. The team’s 2.58 ERA is the best in the conference.

3) The Minutewomen are almost as hot as the Eagles. They’ve won 12 of their past 13 games, with the only loss coming to BC.

BC and UMass met earlier this season. Murphy scored twice, and the Eagles rode Allyson Frei’s three-hit complete game shutout to a 3-0 win.

UMass is not a team the Eagles can take lightly. It’s 11-0 in conference play, and played BC tough earlier in the year. If Cozza continues to produce, and Colleran turns in another solid pitching performance, the Eagles could be in for a tough midweek road game.